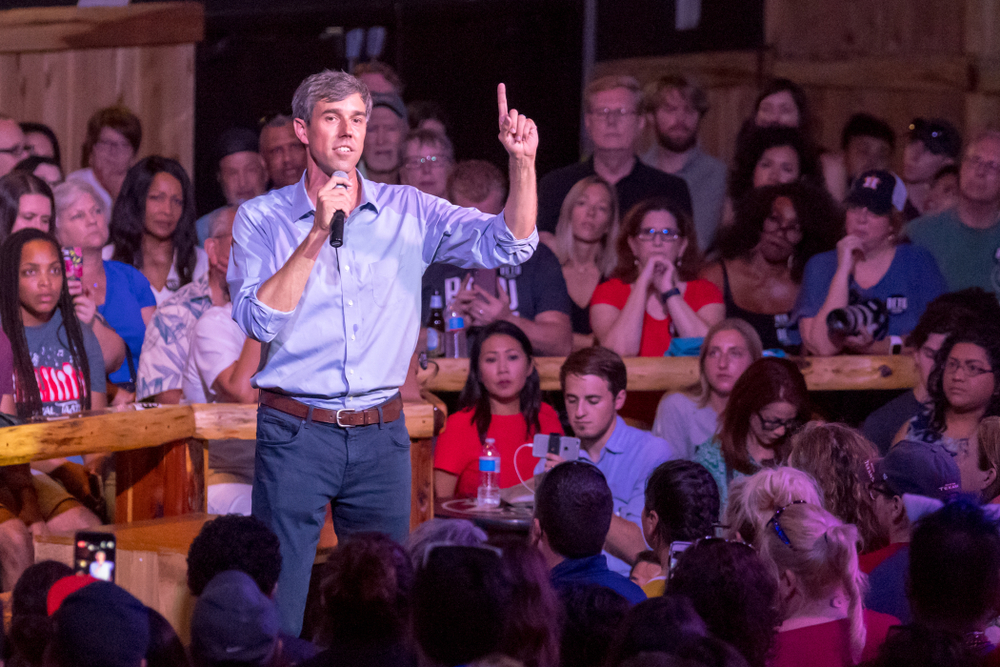 Beto O’Rourke may have lost his race for Senate, but he’s managed to change the political landscape of Texas — and maybe beyond — in just one campaign.

He proved that Texas is more than the gun-slinging, oil-rich, old-fashioned state conservatives are trying so hard to cling on to. It’s a state full of cultural diversity and impassioned youth. I’m willing to bet we’ll see this side of Texas grow stronger because of O’Rourke’s campaign.

I didn’t have much faith in my congressman when he announced he’d be running against Senator Ted Cruz. He was a little known representative from El Paso, a poorly understood corner of Texas along the Mexico border.

I reasoned the best that could happen was O’Rourke would show Texas what El Paso is really about, by pushing back against Cruz and the GOP’s fear-mongering about border communities. I never imagined the consequences of his campaign would be so much bigger, impacting voter turnout and laying the groundwork for future progressives.

In a state with historically low voter turnout, the increase in this year’s midterms needs to be celebrated. Almost as many voters turned out for the midterms this year as they do for presidential elections. Whether or not people cast ballots for O’Rourke, he deserves credit for driving so many Texans to the polls.

We also need to celebrate youth and Latino turnout. Nearly five times more young people in Texas turned out for early voting as they did in 2014, according to The Hill, showing up for O’Rourke, while 64 percent of Latinos also turned out to vote for him.

In El Paso County, O’Rourke brought out a record-breaking number of voters in a district that notoriously hardly votes. About 44 percent of registered El Paso voters cast a ballot this midterm, up dramatically from about 20 percent in 2014 — and 74 percent voted for O’Rourke. Similar patterns can be seen in almost all Texas border counties.

In the end, O’Rourke only lost by 2.7 percent without taking PAC money. More impressive, O’Rourke accomplished all of this by going against conventional campaign wisdom, embracing a broadly progressive platform in a state with a conservative reputation.

This should worry the Texas GOP, who up until now didn’t have to work very hard to win elections.

Now we’re starting to understand that the GOP’s stronghold in Texas might not be because it’s a truly conservative state. Maybe it’s simply that a large portion of the state’s population hasn’t felt energized, empowered, or properly represented.

It’s a trend we also saw in Florida and Georgia, where other tight races are redefining state identities.

O’Rourke surpassed my expectations, but he also accomplished what I hoped he would all along: He gave my hometown a national voice.

The countless times O’Rourke went live from El Paso, whether it was while running a 10k from El Paso to Ciudad Juárez across the border, skating at a local Whataburger parking lot, or even going live the day after Election Day with a box of Savage Goods donuts, he painted the border with a broader brush.

I hope that honest depiction — and the progressive vision behind it — stays in the minds of people in Texas and beyond.