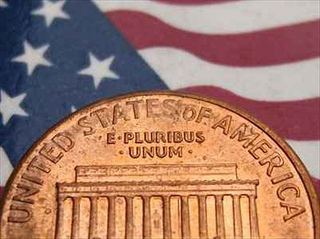 Democrats should reject any deal that slashes Social Security and doesn't repeal the sequester.
By Isaiah J. Poole | October 30, 2013

The conventional wisdom is that these rigid, Republican extremists need to be countered by “moderate” Democrats who will behave like the “adults in the room” by cutting a deal that sacrifices sacred cows cherished by progressive and conservative forces to move Washington beyond partisan gridlock and brinkmanship. 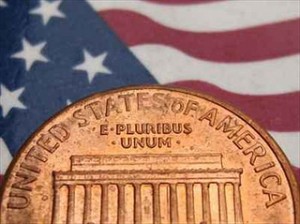 The siren song of compromise appeals to the weary public after Republican Party intransigence triggered a government shutdown and the nation’s flirtation with default.

But that song is off-key. Here’s why.

The No. 1 economic problem America faces right now is an anemic economy and the chronic unemployment that comes with it. The budget deficit? Not so much. Thanks to the sequester and other trends, it’s shrinking fast.

The evidence is plain in the delayed jobs report for September that the Labor Department released Oct. 22. As the nation closed out its sixth month under the federal budget sequestration axe, the economy created only 148,000 jobs in September. The average for the past year has been about 185,000 jobs a month.

At the rate we’re producing jobs, we won’t fully repair the damage the Great Recession did to the job market until at least the end of the decade.

Federal spending is 4 percent below what it was last year, and the 2013 federal deficit is more than 30 percent smaller than last year’s.

Nonetheless, Republicans heading into the latest round of budget negotiations are demanding more spending cuts. Their big goal is “entitlement reform,” a euphemism for slashing Social Security, Medicare, and Medicaid benefits. But they will settle in this round for extending sequester constraints on federal spending. Offering flexibility in spreading the pain will be their idea of compromise.

Democrats should reject any deal of that kind.

Yes, the United States would be better off not having to waste money on interest on our long-term debt. But the first step toward solving this problem is by doing what a majority of the American public has consistently supported in polls: smart, targeted spending increases in the things we know will boost the economy, create jobs, and set the country up for long-term prosperity and global economic competitiveness.

That includes such things as upgrading our transportation networks and other public infrastructure, and giving children from preschool to college the facilities and resources they need to succeed. A majority also supports ending the tax breaks and loopholes that allow many corporations and the wealthy escape paying their fair share of taxes.

A coalition of 41 labor and grassroots organizations my colleagues at the Campaign for America’s Future convened sent a letter to members of Congress encouraging them to declare four nonnegotiable positions:

Don’t equate this stance with the intransigence and destructive brinksmanship of the tea party Republicans. This is a call to shift the terms of the economic debate toward a more constructive direction that addresses the real problem.

America simply can’t cut its way out of its economic doldrums. Impoverishing seniors and increasing the economic stress of the financially struggling only deepens the hole we’re in.

Conservatives have gotten their sequestration budget cuts, to our economy’s detriment. It’s time for Congress to come together and forge a plan that gets people working and the economy growing — while creating the favorable conditions we need for a stronger and healthier economy.