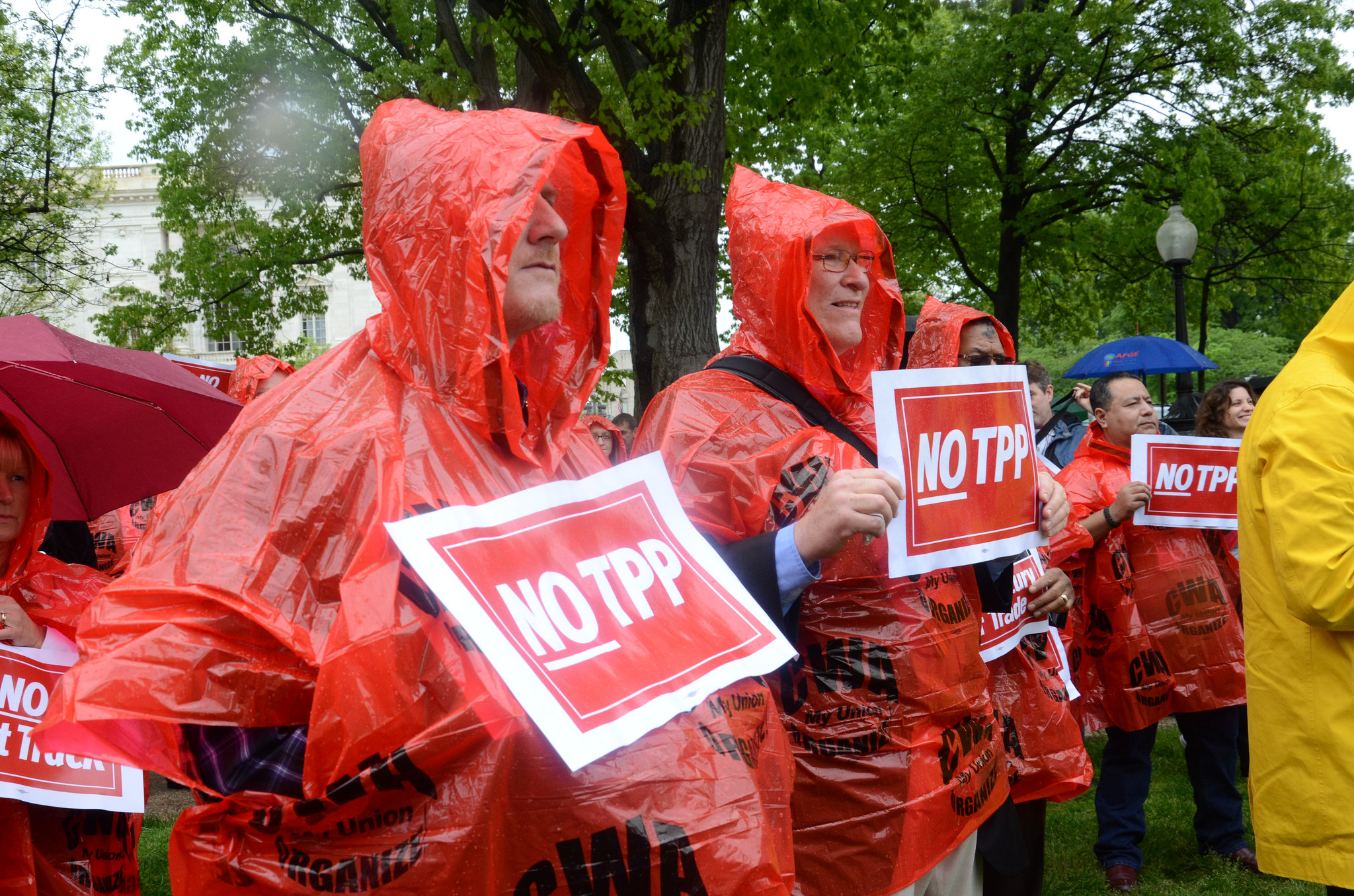 Betting the Farm on Free Trade

The White House is gambling with our health, jobs, and environment by embracing the Trans-Pacific Partnership.
By Janet Redman | February 10, 2016

From her home in Berks County, Pennsylvania, Karen Feridun is helping stage a growing citizen pushback against the expansion of natural gas extraction. But a far-reaching global deal recently signed halfway around the world may make her job much harder.

Feridun got involved in this fight over concerns that fracking waste laden with toxic chemicals could end up in the sewage sludge that some Pennsylvania towns spread on local farm fields.

Figuring her best bet for keeping the state’s water, food, and communities safe was putting a stop to fracking, Feridun founded Berks Gas Truth. The group is now part of a statewide coalition calling for a halt to fracking in Pennsylvania. 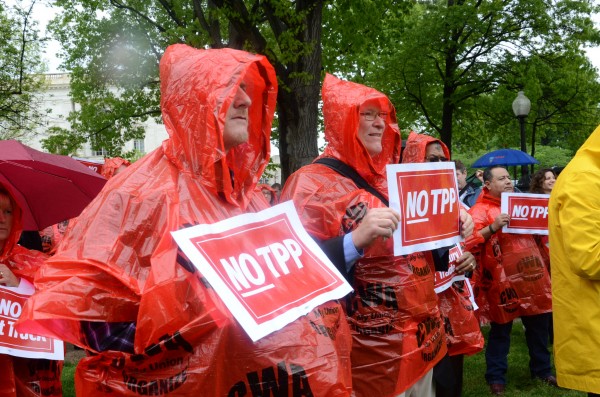 The campaign got a boost when the Pennsylvania Supreme Court, after hearing a case brought by the Delaware Riverkeeper Network, ruled that local governments have the right to protect the public trust. The court also found that oil and gas companies must abide by municipal zoning and planning laws.

The decision was celebrated as a huge victory for local control. But, Feridun told me, “the Trans-Pacific Partnership could turn over the apple cart entirely.”

The day after we spoke, U.S. Trade Representative Michael Frohman joined top officials from eleven other Pacific Rim nations in a New Zealand casino to sign the Trans-Pacific Partnership (TPP) — a sweeping “free trade” agreement aimed at opening national borders to the flow of goods, services, and finance.

The location couldn’t have been more symbolic. By entering into this deal, the Obama administration is playing roulette with America’s future.

The White House hopes to win greater access to raw materials, cheap labor, and burgeoning consumer markets in Asia for U.S. companies. What do we stand to lose? Nothing less than the ability to set rules and regulations that protect our families’ health, our jobs, and our environment.

The provision at the heart of this wager is something called an “investor-state” clause. It would let companies based in TPP partner countries sue governments over laws or regulations that curtail their profit-making potential.

The more we win, it seems, the bigger our next gamble. The TPP would be the largest free trade agreement in history, covering about 40 percent of the global economy and giving additional countries the option to “dock” to the treaty later. It also adds thousands of companies that could potentially sue the United States in trade court.

Back in Berks County, the demand from newly opened overseas markets for U.S. gas may increase local pressure to frack. The TPP’s investor-state provisions would let foreign-owned gas companies challenge any statewide limits on the practice standing in their way.

If this sounds unlikely, look no further than our neighbors to the north. U.S. oil and gas company Lone Pine Resources is suing Canada using a similar clause in the North American Free Trade Agreement (NAFTA) when Quebec passed a moratorium to halt fracking under the St. Lawrence River.

Now, TransCanada — the Canadian company behind the hugely unpopular Keystone XL pipeline — is bringing a $15 billion claim against the United States for denying permits to build it. That’s exactly the kind of legal action that makes people like Karen Feridun fighting oil and gas projects nervous.

Even if Washington wins the TransCanada suit under NAFTA, the fear of spending millions of dollars fending off litigation under the much larger TPP could have a chilling effect on future efforts to keep oil, gas, and coal in the ground.

Luckily, as Feridun and her neighbors know, Congress hasn’t approved the Trans-Pacific Partnership yet. If lawmakers care about protecting good jobs, clean skies, safe water, and a stable climate in this hotly contested election year, they’d be wise not to gamble against the public interest.