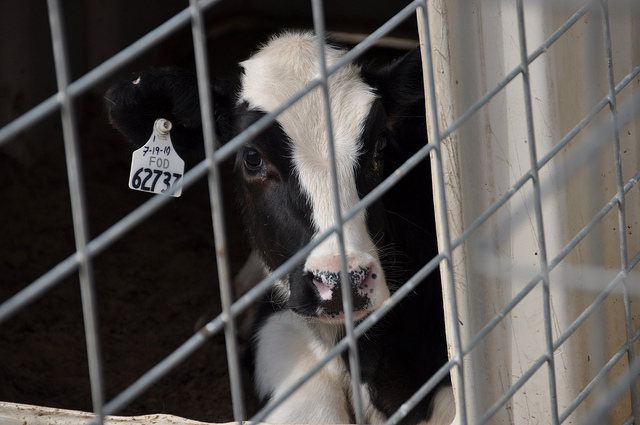 Animal abuse isn’t only a problem when people find out about it.
By Jill Richardson | August 12, 2015

The First Amendment may be inconvenient to some people at times, but it’s still the law of the land. Case in point: so-called “ag-gag laws.”

These are laws in Idaho, Montana, Utah, North Dakota, Missouri, Kansas, and Iowa that prohibit people from taking photos or videos of farms without permission. They’re designed to prevent the exposure of cruelty to animals on factory farms.

According to the proponents of such regulations, mistreating animals is only a problem when people talk about it. Well, if the freedom of expression that the First Amendment protects is now optional, here’s what I’d like to get rid of: flimsy rhetoric intended to fool the public. 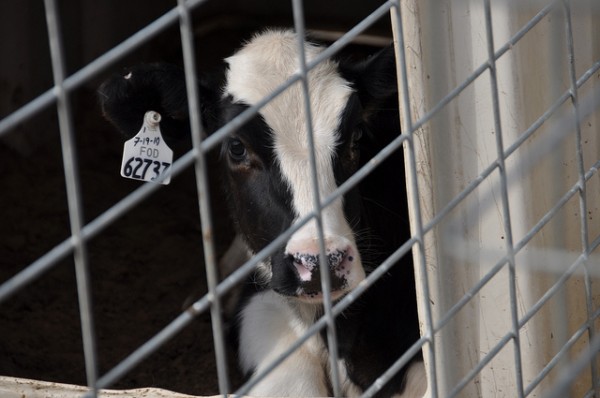 Efforts to hoodwink us all into tolerating animal abuse extends beyond abused livestock.

For example, a representative of the Dallas Safari Club spoke on NPR recently to defend shooting endangered species like lions and elephants in Africa. Why is this a good practice, according to him? Because African countries have no way to raise money to pay for managing wildlife aside from the fees paid by big game hunters.

And it’s true that this is a revenue stream: Hunters often pay thousands of dollars to kill these majestic animals. But tourists also pay big bucks, and they only look at the animals — they don’t kill the creatures and bring carcasses home as souvenirs.

Tourism is a major income generator in Africa, and one that encourages governments to keep the animals alive.

A few years ago, I visited a beef feedlot in Texas where more than 50,000 cattle lived among their own waste waiting to become steak.

While it wasn’t Old McDonald’s farm, there was nothing sadistic taking place, like one might see in those video exposés from pork and chicken operations. But it wasn’t just the cows producing bovine excrement.

A representative of the beef industry was on hand to answer my questions. Yet instead of giving me straight answers, she compared the cows leaving their mothers and coming to the feedlot to children going to kindergarten.

Just like kids go to kindergarten and share germs, she said, the cattle coming to the feedlot needed vaccines to prevent them from getting sick once they all mingled together. They might miss their mothers and their homes — you know, like a child at summer camp — but they’d soon get over that.

The cattle surely missed living on the ranches they came from, living cooped up in a crowded feedlot when they’re best suited for open pastures. As for the problems with respiratory diseases the animals faced, perhaps that had to do with the large amount of dust in the air, much of which was dried manure.

While most mature U.S. cattle may lack the liberty they once had to graze on grass, the freedom of speech is still guaranteed for human beings, at least in Idaho. There, a judge just struck down the state’s ag-gag law on First Amendment grounds.