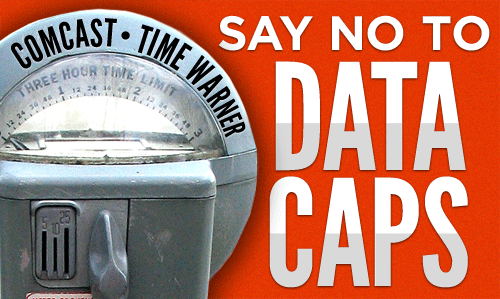 Big Cable’s Plan to Lock Down Your Future

While the likes of Comcast and Time Warner Cable have every right to profit from their investments and services, they shouldn't abuse their dominant market share to remake our Internet in their image.
By Timothy Karr | June 25, 2012

Television is at a crossroads.

There are two paths to choose from and two destinies for television viewers: one better, the other far worse. The path taken will have lasting political consequences.

One leads to a future where new technology offers millions of video channels streaming in and out of American homes via fast online networks. 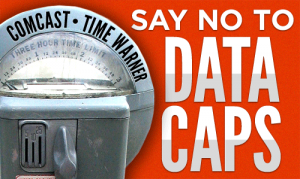 The other involves a handful of local cable monopolies controlling what programming is aired — and blocking anything that might loosen their grip on viewers.

One future looks like the people-powered Internet, where choice is boundless and the audience is in charge. The other is a throwback to cable television’s “gilded age,” where powerful gatekeepers picked what people watched, when they watched it, and how much they paid for the privilege.

One future spreads power over information to the many, while the other concentrates it back into the hands of the few.

According to a recent comScore survey, the number of people watching long-form videos via the Internet grew by 47 percent from March 2011 to March 2012. This trend is the driving force for online video services like Netflix, YouTube, and Amazon, companies that allow viewers to bypass Big Cable — with its costly bundles of channels — and go straight to the videos they want to see.

The rise of online video is causing fits among executives at cable giants like Comcast and Time Warner Cable. They aren’t about to abandon monthly subscriber rates and premium packages to indiscriminately move data for Internet-empowered users. 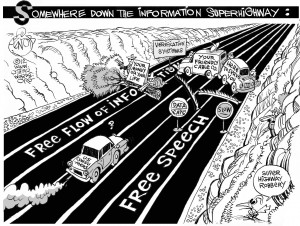 They’ve instituted “data caps” to stifle the budding population of people who’ve tossed their cable remotes in favor of a browser-based television experience. Caps make it expensive for anyone wishing to tear down the artificial divide that separates a television screen from an Internet monitor.

And the cable companies aren’t stopping there. They’ve rolled out plans to disadvantage the upstarts that are building these alternatives to cable. In March, Comcast announced that some videos viewed on its own Xfinity service wouldn’t count against its customers’ Internet data caps. If you’re accustomed to using popular movie and television streaming services like Netflix, however, you’re out of luck.

Cable companies are also implementing verification systems to ensure that only cable subscribers are able to access certain types of online programming. These schemes allow cable companies to favor their online content while penalizing people who prefer going elsewhere.

“Increasingly, different powers and different institutions want to return us to the broadcast model,” University of Texas media scholar David Parry said during a recent Internet conference in New York. Parry’s top concern is that corporations prefer a “population that’s manipulated from the top down.”

What’s happening with new limits to information access, innovation, and choice goes beyond merely returning our television experience to a time before the public Internet, argues Parry.

Vertically integrated behemoths like Comcast/NBCUniversal are a new model of media consolidation in the Internet age. These companies not only control access to the Internet, but also own an empire of digital content that is transmitted via these networks.

It’s a dangerous combination with built-in incentives to take away user choice and dismantle the open and democratic architecture that’s made the Internet such a powerful force for users.

The unchallenged rise of cable is behind the Justice Department’s recent decision to investigate the anti-competitive conduct of these massive media companies.

While the likes of Comcast and Time Warner Cable have every right to profit from their investments and services, they shouldn’t abuse their dominant market share to remake our Internet in their image. If the democratic promise of the digital age is to be met, we can’t go back to the future. We can’t let new media come under the control of old gatekeepers.