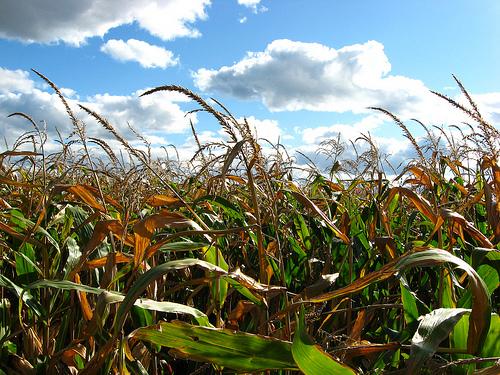 If the products they sell us are as great as they say, what are General Mills, Kraft, and other processed food giants hiding?
By Jill Richardson | October 10, 2012

I’m going to sell you something to eat, but I won’t tell you what’s in it. Trust me, the ingredients are perfectly safe — but I absolutely oppose telling you what you’re eating. I also won’t let independent scientists study the ingredients. And I’m making a bundle of money by selling these unlabeled products. But trust me, they are safe. Go ahead, take a bite.

Does that sound ridiculous? Well, chances are, your pantry is full of products made by companies that are spending millions in California to avoid telling consumers what’s in their food. On Election Day, Californians will vote on Proposition 37, a measure to require mandatory labeling of foods containing genetically engineered ingredients. Coca Cola, PepsiCo, General Mills, Kellogg, and Nestle have each kicked in more than half a million bucks to defeat the measure. And even if Californians win the right to know what’s in their food, the rest of the country may remain in the dark.

Genetically engineered crops are plants that have had genes from other species inserted into their DNA. Real examples include tomatoes endowed with genes from a fish or corn with genes from a type of bacteria. Most of the packaged foods we buy already contain these ingredients, because most of our corn and soy is genetically engineered. Check the shelves of your local supermarket and you’ll have a hard time finding a product with no high fructose corn syrup, soybean oil, or other corn- or soy-based ingredient. The food industry, which prohibits studies of these crops by independent scientists, assures us that they are safe.

If they were safe and beneficial as the industry claims, you’d think the biotech and food industry would want to brag about them. You’d expect to see boxes of granola bars labeled “Now with genetically engineered corn!” Perhaps you’d see commercials for breakfast cereals with cartoon tigers telling kids to ask their parents for Genetically Engineered Crunch. Instead, these newfangled crops quietly slipped onto supermarket shelves in the mid-1990s without any warning. Most Americans still have no inkling that our food has changed. 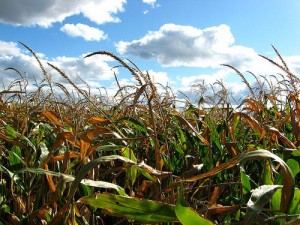 Now, when faced with the prospect of actually telling their customers what’s on their plates, Big Food is fighting tooth and nail and spending millions to keep us in the dark. What on Earth are they hiding, if the products they sell us are as great as they say?

Think about it: Practically every major food manufacturer in America is afraid that you wouldn’t buy their products if you knew what was in them. I don’t care if a food’s secret ingredient is antioxidants or antifreeze, carrots or carcinogens — consumers have a right to know what they’re eating. Period. If a company knows that its customers would not buy its products if only they knew what was in them, then it has a duty to either change the ingredients or label the ingredients and let its customers decide.

We make food choices for any number of reasons: taste, price, ethics, religion, even fad diets or celebrity endorsements. When it comes to your right to know about what’s in your food, it doesn’t matter if you’ve got a good reason or a bad reason for making a particular choice. I think many fad diets are utterly insane, and even some members of my family shake their head at what I eat. And that’s fine.

I have a right to know what’s in my food. So do you. That will leave us free to choose what we eat.

Proposition 37 embraces the beauty of the free market: Let us know what’s in our food and let us decide what to eat. If avoiding genetically engineered ingredients and produce means a food costs more, we can all decide whether that’s worth it. But corporations should not be able to make that decision on our behalf without so much as letting us know.

OtherWords guest columnist Jill Richardson is the founder of the blog La Vida Locavore, a member of the Organic Consumers Association policy advisory board, and the author of Recipe for America: Why Our Food System Is Broken and What We Can Do to Fix It. OtherWords.org