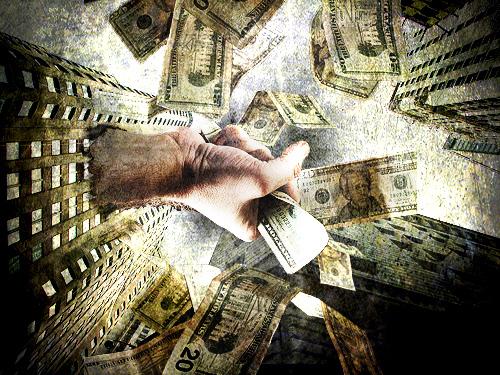 Big banks are
A special breed,
Raised and trained
To honor greed.

This corrupt banking system of ours is a wonder. Sure, it’s important to have a safe place to squirrel away money, get a loan or credit card, and earn a little interest. In the old days, we even got toasters and other nice gifts when we opened a new account.

But it’s definitely not useful to preserve banks that package our loans into risky securities, offer mortgages they suspect won’t be repaid, charge usurious fees and interest, take advantage of the poor, speculate in foreign currencies, drive up oil and food prices, or convert derivatives from a useful monetary hedge into a pin-striped casino.

That Congress has allowed banks to morph from their former role into this latter one is what drove many Americans to camp out in public squares when the Occupy movement began.

But most people aren’t angry enough yet to bring on the changes needed to rein in the banks. And since both political parties enjoy their support — along with the media — Wall Street’s misdeeds haven’t loomed large this election year.

Obama’s efforts to confront the nation’s health care crisis, the anemic economy, abortion rights, and the question of taxing the rich are dominating the debate. Although the financial system has abused millions of Americans, and millions more agree that it stinks, political opposition to banks attracts little money and few votes. Abortion works better.

But solutions do exist to this murky monetary mess, whenever we’re finally ready to get serious.

Consider windswept North Dakota and its bouyant economy. Sure, a huge oil boom helped bring its unemployment rate down to 3 percent. But North Dakota is special. Alone among the states, it kept its Depression-era public bank. Its residents love the honest banking. A few non-profit mutual banks also survive, but they are dwindling fast. Stupid state laws allow avaricious commercial banks to gobble them up. 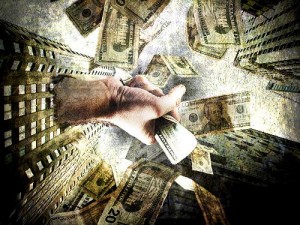 Back in Washington, Congress and the regulatory agencies may promulgate periodic consumer protection laws, but they enforce them only timorously. Banks pay fines if they’re caught breaking a law, no matter how grotesquely. Yet the bankers themselves never scuff a wing tip behind bars.The new consumer protection statutes harbor so many loopholes and waivers that there’s little for fat cats to fear.

Credit unions hang on as well, though without much promotion from government. The Move Your Money campaign is urging folks to shift their money away from Bank of America to credit unions or small banks. One thing the moguls understand is disappearing depositors.

President Barack Obama lavishly promised us hope but has produced mainly the same old, same old. His financial appointees have come largely from Wall Street, just like with presidents of both parties before him. If reform is ever to take root, the Occupy movement will have to snap up a whole new inventory of sleeping bags this winter.