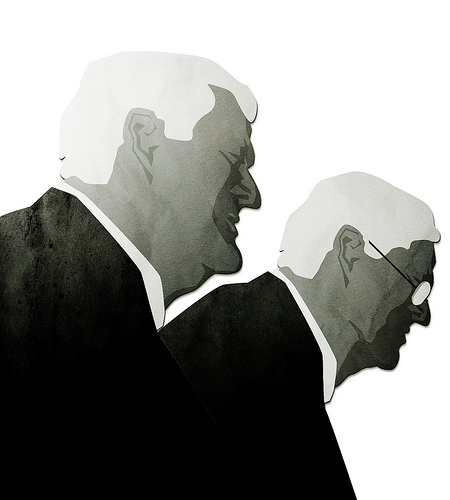 Billionaire Koch Heads Pony Up for the GOP

Charles and David Koch are rallying their billionaire friends to help Republicans take the Senate.
By Jim Hightower | August 5, 2014

The Koch brothers — the GOP megadonors and fossil fuel magnates — live in their own special world, enshrouded in the fumes emanating from their family’s enormous stockpiles of wealth.

Charles and David Koch have always felt very special, and they expect those of us in the down-to-Earth world to treat them as special too.

Scions of Koch Industries, the boys were born rich and right-wing, and they parlayed Daddy Fred Koch’s millions into a huge industrial conglomerate that has made each of them überbillionaires. 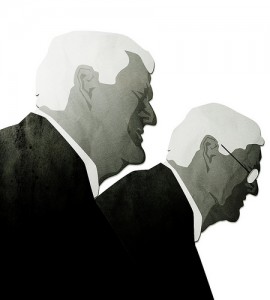 This has further bloated their sense of self-importance, while also giving them the financial muscle to transform our democratic world of egalitarian ideals into their fantasy world of social Darwinism, ruled by supermen like…well, like them, of course.

Twice a year, the Kochs convene a secret summit of superrich supermen to plot strategy and pledge millions of dollars to their right-wing political efforts. In June, members of a billionaire brotherhood gathered with Charlie and Dave at the St. Regis Monarch Bay Resort on the Southern California coast.

As investigative reporter Lauren Windsor wrote in The Nation, the Koch confab, which bore the heroic title of “American Courage,” took over the entire luxury resort for three days.

Attendees were treated to an all-you-can-eat buffet of right-wing boilerplate from a gaggle of GOP congress critters summoned to the summit. The billionaires were especially delighted to hear Senate Minority Leader Mitch McConnell assure them that he would defend to his last sour breath their right to buy our elections.

Then, reports Windsor, the 300 Koch-headed supermen pledged to do just that, promising to put up $500 million this year to turn the U.S. Senate over to Republican control.