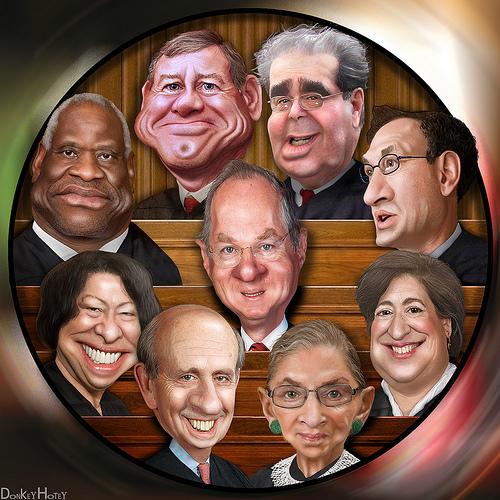 The Supreme Court's majority ruled that a government of, by, and for the wealthy isn't corrupt.
By Paul Gordon | April 2, 2014

The Supreme Court’s McCutcheon ruling dealt another 5-4 body blow to our democracy.

To justify striking down limits that cap aggregate campaign contributions during a single election cycle, the Roberts Court ignored the way the world really works and made it far more difficult to justify much-needed protections against those who would purchase our elections and elected officials. 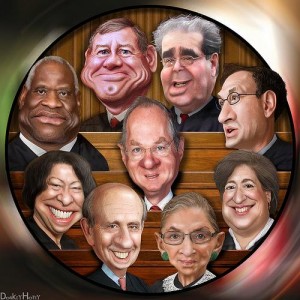 Americans are deeply concerned that control of our elections and our government is being usurped by a tiny sliver of extremely wealthy and powerful individuals (and the corporations they control). That is not the democracy that our Constitution established and protects. The enormous impact of money in politics can destroy a democracy, undermining its foundations by disconnecting elected officials from the people they are supposed to serve and eroding the trust of the people in their system of government.

But the Roberts Court stressed that campaign contributions can be justified under the First Amendment only if they address “quid pro quo” corruption — i.e. bribery — despite contrary pre-Citizens United holdings with a broader and more realistic vision. A democratic system rotting at its core — a government of, by, and for the wealthy — is not corrupt in their eyes.

If a wealthy person gives millions of dollars to a party (distributed to the party’s multiple candidates and PACs across the country), he clearly exercises enormous influence over the laws that get passed. What the voters want becomes far less relevant, because it’s the billionaire whose money is vital to getting elected. A government where elected officials allow a few plutocrats to have enormous access and influence over their policies is not an indication of a healthy government of, by, and for the people.

As Justice Breyer write in his McCutcheon dissent:

Today a majority of the Court overrules this holding [Buckley‘s 1976 upholding of aggregate limits]. It is wrong to do so. Its conclusion rests upon its own, not a record-based, view of the facts. Its legal analysis is faulty: It misconstrues the nature of the competing constitutional interests at stake. It understates the importance of protecting the political integrity of our governmental institutions. It creates a loophole that will allow a single individual to contribute millions of dollars to a political party or to a candidate’s campaign. Taken together withCitizens United v. Federal Election Comm’n, 558 U. S. 310 (2010), today’s decision eviscerates our Nation’s campaign finance laws, leaving a remnant incapable of dealing with the grave problems of democratic legitimacy that those laws were intended to resolve.

Americans are organizing around the country to restore our democracy in light of Citizens United and other dangerous court opinions. The McCutcheon ruling gives us another reason to rally.