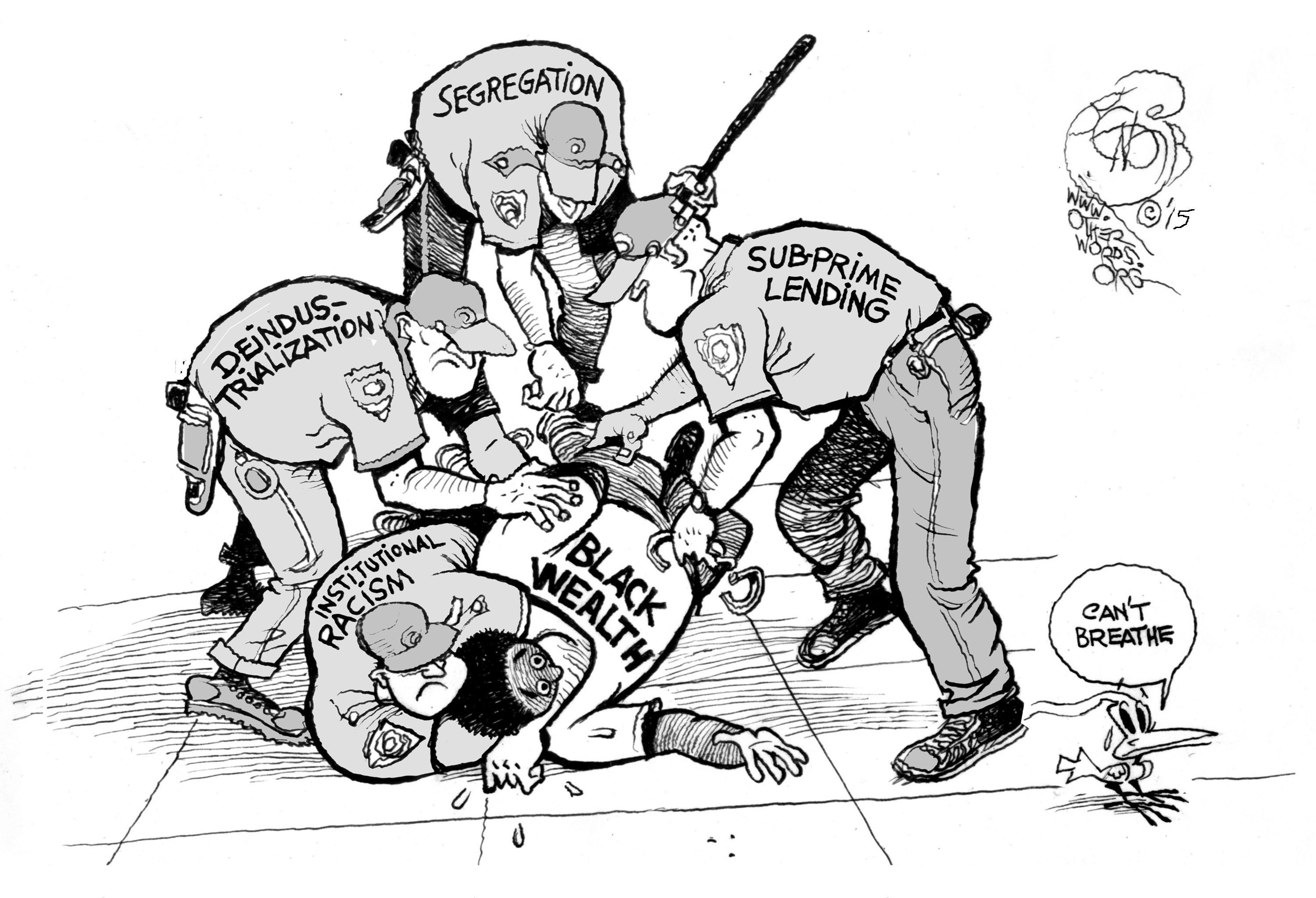 For generations, white households have enjoyed far greater access to wealth and security than their black counterparts.
By Chuck Collins | January 7, 2015

As protesters march through our cities to remind us that black lives matter, grievances about our racially fractured society extend far beyond flashpoints over police violence.

What is the state of the dream that Dr. Martin Luther King Jr. spoke about, particularly as it relates to economic opportunity?

Racial inequality in earnings remains persistent. African-American workers under 35 earn only 75 cents on the dollar compared to their white contemporaries. Latinos earn only 68 cents.

Examining income alone, however, is like tracking the weather. If you want to explore the true tectonic shifts of the earth, you have to look at wealth and net worth — that is, what people own minus what they owe.

There’s a high correlation between wealth and economic security. Wealth in the form of savings, investments, and homes provides a cushion to fall back on in the face of hardship. Homeownership in particular is a foundational asset, something to pass on to one’s children. 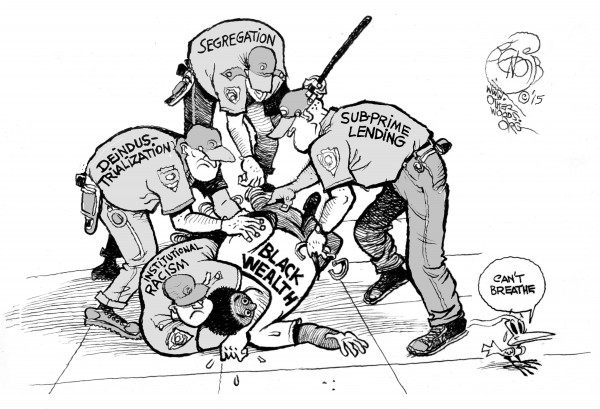 The racial wealth gap has persisted for decades. It widened following the Great Recession.

While people of all races saw their net worth implode during the recession, recovery has come much more quickly to whites. The wealth divide is growing at an alarming rate today, with median wealth tumbling downward for people of color while ticking slightly upward for whites.

This is partially because whites tend to own more financial assets, such as stocks and bonds, which have rebounded since 2009. Home values, meanwhile — which represent the largest share of assets for households of color — haven’t recovered at the same rate.

Behind these statistics are stories of lives under stress, of people losing homes, jobs, savings, and stability. The collapse of middle class wealth has touched people of all races, but it has hit communities of color the hardest.

“It is time for all of us to tell each other the truth,” Dr. King wrote in 1967, “about who and what have brought the Negro to the condition of deprivation against which he struggles today.”

Such dramatic shifts in racial wealth disparities can’t be explained simply in terms of the latest recession. They’re part of a legacy of racial discrimination in asset building that dates back to the first great dispossession, when black people were treated as someone else’s property.

Even a century after the formal end of slavery, African Americans were largely excluded from programs that helped build middle-class wealth. That led historian Ira Katznelson to characterize such initiatives as “white affirmative action.”

People of color, facing overt discrimination in mortgage lending and separate-and-unequal school systems throughout the United States, generally didn’t share these benefits. They were left standing at the railway station as the express train to the middle class left.

White homeownership rates eventually rose to as high as 75 percent, while black rates peaked at 46 percent. This 30-point gap, which remains intact today, means generations of white families have enjoyed access to wealth that has long eluded their black counterparts.

Black wealth matters. Until we tell each other the truth about the racial wealth divide, King’s dream will remain deferred.

Chuck Collins is a senior scholar at the Institute for Policy Studies and co-editor of www.inequality.org. He is the co-author, with Bill Gates Sr., of Wealth and Our Commonwealth: Why America Should Tax Accumulated Fortunes.Distributed via OtherWords.org.