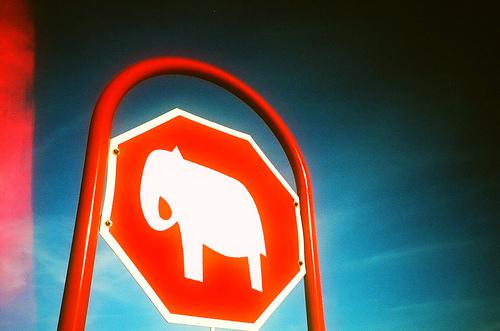 Blame the No-Way Party for the Debt Ceiling Collision

Commentators who say that the two sides were almost "unable to come to an agreement" in the debt talks are laughable.
By Donald Kaul | August 1, 2011

There are those who will tell you that the debt ceiling crisis is a bipartisan production and both sides are to blame.

Don’t believe them. This has been from beginning to end a Republican Party party. There’s no good reason for it — none — other than the panic in the hearts of Republican lawmakers who, when they look over their shoulders, see people with teabags in one hand and pitchforks in the other.

The commentators who say that the two sides were for so long “unable to come to an agreement” are laughable.

It’s as though your unpleasant neighbor has come to your door and said: “Give me your dog.”

“If you don’t give me your dog I will shoot him,” the neighbor says.

At which point the neighbor shoots your dog. You take him to court to seek justice and the judge says, “It seems to me your dog is dead because you two couldn’t reach an agreement.”

How would you feel about that? Like a Senate or House Democrat, I suppose. 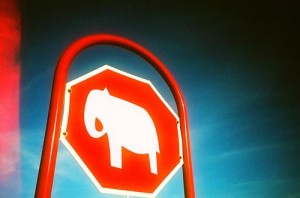 There should be no bargaining to raise the debt ceiling. Raising it isn’t optional. It’s something you have to do, like paying at the checkout counter or making a mortgage payment. It’s not as if the government is authorizing new expenditures. We’re paying for things we’ve already bought. How hard is that to understand?

Hard, apparently, for Republicans. (Although I must say, the dumbest thing I know about Barack Obama is that he once voted against raising the debt ceiling when he was a senator to make a cheap political point. He says now that he regrets the vote. Ya think?)

The key difference between Republicans and Democrats in this conflict is taxes. Obama and the Democrats want to raise taxes just a little bit on well-to-do individuals and corporations who are getting special tax breaks they neither need nor deserve. Think ethanol subsidies.

“Not on your life,” say the Republicans. If this were a Shakespeare play, they’d proclaim: “Not a farthing, not a sou shall be taken from the richest of us, lest they cease producing the jobs we all love so. We shall take money from the undeserving poor instead.”

Like the 14 million unemployed, presumably, or the 10 million or more working at part-time jobs that pay only a fraction of what they made before the Bush meltdown.

There are a lot of people hurting out there, people who can’t pay their mortgages or rent, who don’t have money to buy clothes for their kids, who have nowhere to turn if they get cancer or another serious illness.

Those are the people dependent on the government services that the Republicans would cut and cut and cut some more.

Not everyone is in dire circumstances, of course. The New York Times recently covered a new upscale trend — parents flying their children to remote summer camps in private jets.

A private air service manager in camp country says business is up 30 percent this year, with as many as 60 jets disgorging campers at the Augusta, Maine airport on a given day.

At the same time, Forbes magazine reports that the richest 400 people, who used to pay 30 percent of their income in taxes, now pay an average of 18 percent, thanks to the Bush tax cuts. And that’s on much higher incomes.

Well, they’re creating jobs for private jet pilots. I’ll give them that.

One of the ironies of the situation is that Obama, a lousy negotiator, gave the Republicans pretty much everything they wanted with his initial deal. It wasn’t good enough for them.

He must have been talking about Republicans.