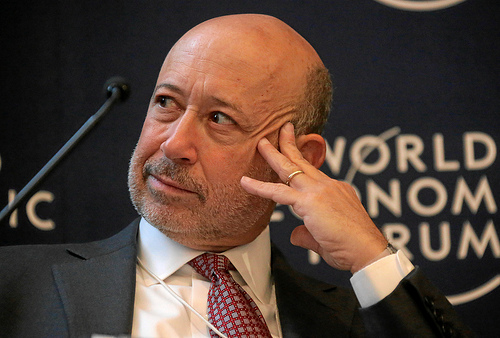 Putting a Pitchfork in It

Lloyd Blankfein is very concerned about income inequality. With his face reflecting both worry and perplexity, he recently called inequality “very destabilizing.”

Blankfein’s concern doesn’t come from the perspective of one experiencing inequality from the bottom of the income ladder — he’s certainly not an Occupy Wall Street sort of guy. In fact, he basically is Wall Street. 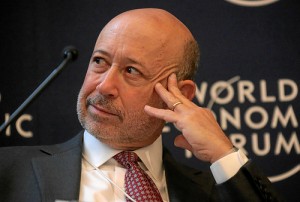 As the big banana at the financial gambling house Goldman Sachs, Blankfein raked in a stunning $23 million for his wheeling and dealing last year. Under his leadership, the bank grabbed a $13 billion bailout from us taxpayers in 2008.

Having amassed a personal fortune of nearly half-a-billion bucks during his years at Goldman, he’s literally become a gold man. But in a June 13 CBS interview, Blankfein wrinkled his brow and uttered a very un-Wall Street, populist-like thought: “Too much of the (wealth) of the country has gone to too few people,” he said, adding that when that happens, “you’ll have an unstable society.”

Well, golly. Yes we will. And don’t look down now from your gilded perch way up there with your 1 percenter friends, but we already do. In the past 30 years, power elites (including you) drastically increased your share of America’s income by taking income from the middle class and the poor. Did you think we wouldn’t notice?

It’s awfully sweet of a Wall Street baron to express concern about inequality and instability, but how about doing something about it? He could turn his battalions of lobbyists and PR agents loose to develop a national jobs program, hike wages, bulk-up Social Security, and…

Hey, here’s a good one: He could get that little Robin Hood tax levied on computerized, high-speed Wall Street speculators to replenish our public treasury so we can reinvest in America. Listen, Blankfein: Don’t just worry — do something.