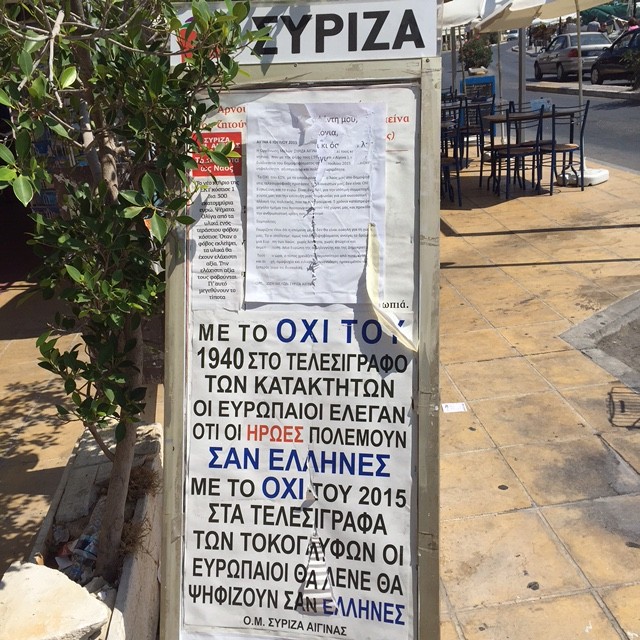 Blood from a Stone

I went to Athens to see what economic catastrophe looks like on the ground — and what I saw shocked me.
By John Kiriakou | July 29, 2015

Like many other proud Greek-Americans, I’ve visited the country of my ancestors many times over the years. I even lived in Athens for two years while working for the U.S. government.

I recently returned to Athens for a week to help the Greek government draft a new whistlebIower protection law. It was my first trip to the country in nine years — and suffice it to say, a lot’s changed.

I followed the news of Greece’s financial collapse as closely as anyone. I’d heard the numbers — I knew that 40 percent of Greeks now live in poverty, for example, and that half of all young people in the country are unemployed. Seeing it in person was something else entirely.

Most tourists begin their vacations in Athens. Like most other big cities around the world, Athens struggles with pollution, overcrowding, traffic, and other ills of urban life. But most tourists don’t see that. They head to the Parthenon, the National Archaeological Museum of Athens, the Roman Agora, and other famous sites before skipping out to the Greek islands.

Following this typical tourist route doesn’t bring you into contact with ordinary Greeks at all. 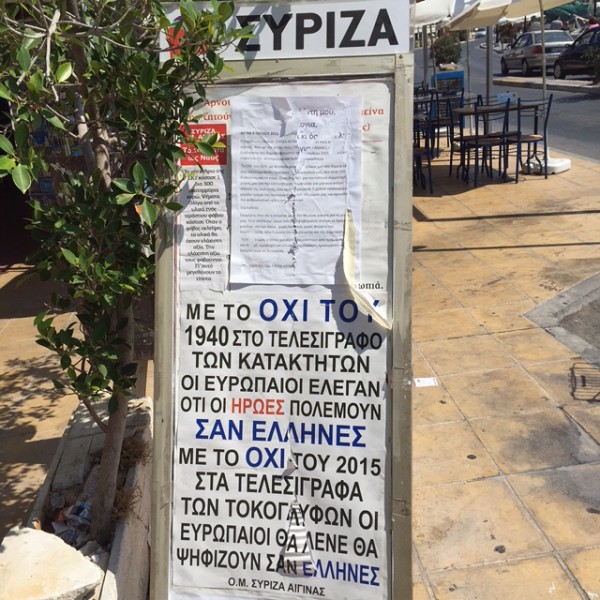 On my latest trip, I made a point of exploring the parts of the city where tourists don’t go, where average Greeks live and work. I wanted to know what the reports of economic catastrophe looked like on the ground.

What I saw was shocking.

Athens never had a problem with homelessness before the current recession, which began in 2009. Yet I saw Greeks sleeping on sidewalks, in doorways, and in parks. Many were dressed in what appeared to be middle class clothes — moderately dressy pants and button-down shirts — that attest to their prior status.

For the first time I saw Greeks begging on the subway. One young man tried to establish his bona fides by holding aloft his identification showing that he’d been a reporter for a now-defunct newspaper. He was selling pens for about 55 cents, telling people he needed the money for food.

I saw lines of people stretching around the block waiting for banks to open so they could withdraw the daily maximum of $66 to feed their families. Even if people have money in the bank, there’s no guarantee they can get access to it.

Even more disturbing is the fact that suicides are up 35 percent over the past five years.

Among the young and educated, meanwhile, Greece is experiencing the worst “brain drain” in its history, with engineers, doctors, lawyers, and other professionals leaving the country to resettle in Germany, the United Kingdom, Australia, and the United States in search of a better life.

I can understand why the so-called troika, made up of the European Union, the European Central Bank, and the International Monetary Fund, is demanding that the Greeks implement austerity measures to qualify for bailout money. On paper, that may seem like the logical thing to do — if the lenders want their money back, the Greeks will have to spend less on other things, right?

But that’s not how it works. The cuts are wiping out Greece’s middle class. If the country can’t get back on its feet, it’ll never be able to repay its debts.

Worse still, the austerity measures are simply draconian. They hurt society’s weakest and most at-risk people. No wonder Greeks voted against the cuts in overwhelming numbers in a recent referendum, only to have their European neighbors force-feed them more painful cuts under penalty of kicking them out of the Eurozone.

Greeks are suffering and dying because of the austerity measures imposed by their European creditors. The troika must take that into consideration before demanding more blood from the Greek stone.