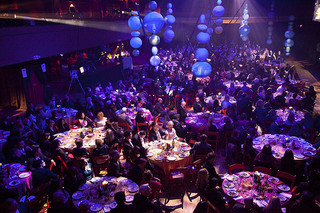 Blowing the Whistle on Philanthropy

A scion of one of America's top fortunes has just exposed our "charitable-industrial complex."
By Sam Pizzigati | August 7, 2013

Inequality has a silver lining. At least the awesomely affluent think so.

If we didn’t have grand fortunes, their claim goes, we wouldn’t have grand philanthropy. No foundations and handsome bequests for underwriting good causes. No gifts and grants by the tens and hundreds of millions.

Philanthropy, proclaims a new study from the global bank Barclays, has become “near-universal among the wealthy.” Most rich, says Barclays, share “a desire to use” their wealth for “the good of others.” 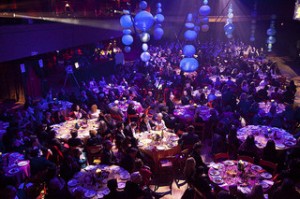 But this “desire” doesn’t appear to be driving all that much sharing, as the researchers from Barclays themselves acknowledge. Some 97 percent of the world’s “high-net-worth individuals,” they note, do give annually to charity. Yet only one-third of these extremely wealthy folks give away over 1 percent of their net worth.

The rich, in other words, could afford to give away far more than they actually do. Over recent years, some public-spirited wealthy Americans — like the late multimillionaire San Francisco money manager Claude Rosenberg — have tried unsuccessfully to get this message across.

But now a new challenge to the philanthropic conventional wisdom has emerged, and this one figures to be tougher to ignore. The reason? The challenger just happens to be the son of the world’s fourth-richest billionaire.

This new challenger, Peter Buffett, isn’t arguing that the rich don’t give enough. He’s challenging the core of the philanthropic mindset, the notion that the rich, with their giving, are making the world a significantly better place. Buffett, in effect, is blowing the whistle on what he calls our “charitable-industrial complex.”

Peter Buffett knows this complex — from the inside. He runs a foundation his father Warren Buffett created. In a recent New York Times op-ed, son Buffett began peeling off the halo that tops the “massive business” that American philanthropy has become.

In elite philanthropic gatherings, notes the 55-year-old Buffett, you’ll see “heads of state meeting with investment managers and corporate leaders,” all of them “searching for answers with their right hand to problems that others in the room have created with their left.”

And the answers that do eventually emerge seldom discomfort the problem-creators. These answers almost always keep, Buffett charges, “the existing structure of inequality in place.”

Peter Buffett dubs this comforting charade “conscience laundering.” Philanthropy helps the wealthy feel less torn “about accumulating more than any one person could possibly need to live on.” They “sleep better at night while others get just enough to keep the pot from boiling over.”

That “just enough,” Buffett adds, can do long-term damage. Today’s philanthropists are imposing a stark corporate vision and vocabulary on the charitable world, pushing “free-market” principles, constantly demanding proof of “R.O.I.,” or return on investment.

Meanwhile, the global “perpetual poverty machine” rolls on — and philanthropists appear too busy patting themselves on the back to notice. Observes Buffett: “As more lives and communities are destroyed by the system that creates vast amounts of wealth for the few, the more heroic it sounds to ‘give back.'”

Peter Buffett’s whistle-blowing is already having an impact. Those getting crushed by the “philanthropic colonialism” Buffett decries are circulating his critique to combat the “solutions” philanthropists are imposing upon them.

Concludes Meegan: “If allowed to continue,” this philanthropic onslaught will leave Chicago without real public schools, only tax-subsidized charters “whose investors will profit handsomely off of our kids.”

We don’t need, Peter Buffett contends, a philanthropy that’s turning “the world into one vast market.” We need systemic change “built from the ground up.”

Top-down change simply isn’t working. Not in Chicago. Not anywhere.