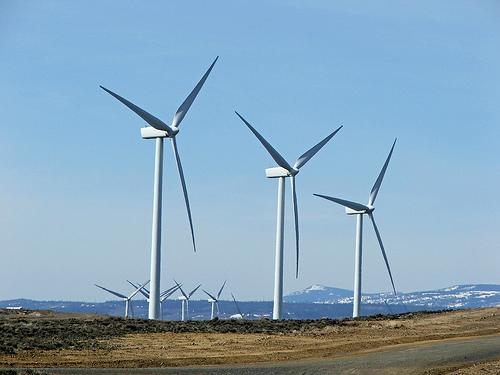 Blowing a Chance to Save American Jobs

Republicans and Democrats rarely agree on anything these days. But there’s one proposal that both commands bipartisan support and can generate new American jobs during this tough economy.

The Production Tax Credit helps level the playing field for clean-energy entrepreneurs competing with subsidized fossil-fuel companies. It backs the innovative wind energy companies here in America that helped build a manufacturing base that didn’t exist only five years ago. This tax credit supports our nation’s transition away from dirty fuels that harm our health and our air. 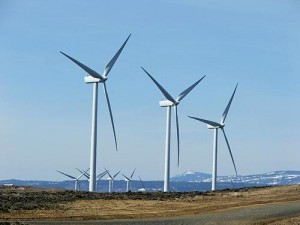 The wind power industry has already created 75,000 good American jobs, making it a critical part of the clean energy economy. More than 400 American manufacturing plants build wind components. Wind-powered electricity grew by 25 percent in the past year. Iowa and South Dakota already generate 20 percent of their electricity from wind power, and the industry is on track to power a fifth of America’s grid by 2030.

Wind is popular too. Nearly two-thirds of those surveyed in the latest United Technologies/National Journal Congressional Connection Poll agree with President Barack Obama that Congress should renew this tax credit.

This progress toward a cleaner energy mix will stall unless Congress renews this tax credit, which expires at the end of 2012. The wind industry predicts that half of all wind jobs will be lost if our lawmakers drop the ball. Already we’re seeing foreign wind power companies, once committed to developing in America, moving back overseas. And domestic companies, uncertain about government action, are already discussing layoffs.

We need more jobs to rebuild the economy. Replacing fossil fuels with cleaner energy will save us money in the long run while protecting our health and reducing pollution. Republicans and Democrats alike favor the Production Tax Credit, but the House Republican leadership won’t bring the issue up for a vote. Whether they’re holding it hostage for the benefit of their big-polluter backers or just failing to make it a priority, the result is the same: American families will lose their livelihoods.

It’s time to stand up to those who are protecting dirty outdated dinosaurs and putting new innovative American jobs at risk. Congress must pass the Production Tax Credit before it’s too late.