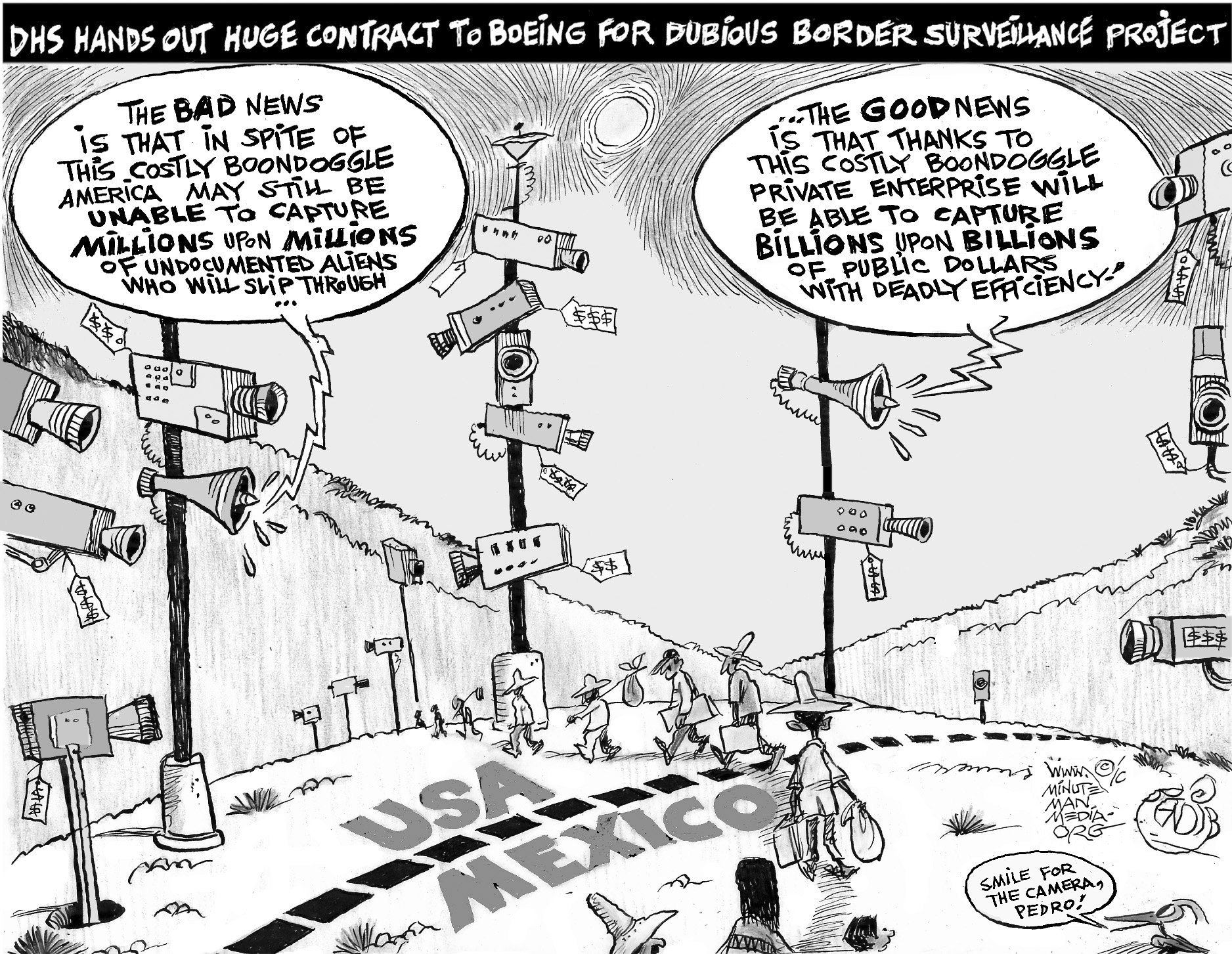 The government should scrap Bush's fantasy of virtually walling off the Mexican border--along with its corporate largesse.
By Jim Hightower | March 29, 2010

It was one of those bold policy decisions made by President George “The Decider” Bush. In 2005, to secure the U.S.-Mexico border, Bush directed that an electronic “virtual fence” be built to detect “bad guys” trekking into our country. Of course, like all things Bush, he privatized the project, turning it over to Boeing.

How’s that worked out, you ask? Well, $672 million has been spent so far, and Boeing was supposed to hand over the first stretch of its phantasmagoric fence to the border patrol in January. But there were…uh…problems. For example, the high-tech stuff was deployed, but the components were not fully connected, so vast expanses of land weren’t covered. Also, the radar Boeing installed can’t seem to distinguish between a person moving through the brush and…well, the brush itself. 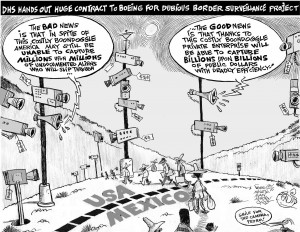 There’s more. Boeing’s satellite detectors take too long to notify the area command centers, so by the time a live person checks out a suspicious movement, whatever caused it is gone.

Meanwhile, a Boeing vice president whines that the virtual fence job is more complex than anticipated, and that the government should start over: “They really need to come up with the right calculus,” he recently explained, “and we’ll support that answer and look to be their preferred contractor to build whatever portion of what that calculus is.”

Excuse me, sir, but–huh? The fact that a vice president of this major corporation can’t even string English words into a comprehensible sentence might suggest that Boeing’s ineptness goes far deeper than its inability to link electronic components together.