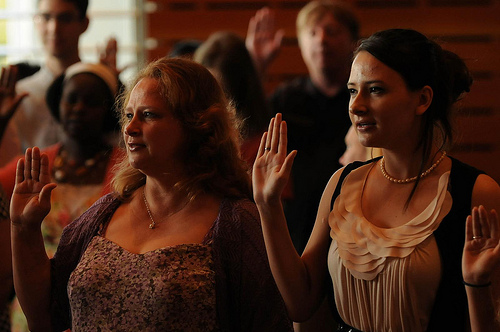 Despite the rhetoric from immigration hardliners, we are indeed securing our borders.
By Raul A. Reyes | January 23, 2013

Senator John Cornyn recently discussed immigration reform at a meeting of the Texas Public Policy Foundation. “I think there have to be some conditions satisfied. One is that people know we’ve done everything we can to secure the border,” the Republican said at the Austin event.

The Texan lawmaker warned that a “porous” border could leave the country “vulnerable to the sorts of attacks that we sustained on 9/11.”

Cornyn and other Republicans just don’t get it. Although securing the border is important, studies show that we’ve already done that. The biggest problem facing our immigration system isn’t border security. It’s what to do with the undocumented immigrants who are already here. The solution is to create a path to citizenship for them, and the time to do it is now.

Regarding immigrants and the threat of terrorism, recall that all 19 of the 9/11 hijackers had valid tourist visas. Increased border security alone wouldn’t have prevented them from entering the country.

Meanwhile, government statistics show that deportations hit a record high in 2012, and the Pew Center reports that illegal immigration is at “net zero” or even lower. So despite the rhetoric from immigration hardliners, we are indeed securing our borders.

Still, Representative Phil Gingrey (R-GA) told The New York Times that the Obama administration was weak on enforcement. He pledged to “continue working to secure our borders and enforce existing immigration law.” However, the Center for American Progress notes that the border security benchmarks set by Republicans during the 2007 immigration debate have largely been met. In fact, the goals for increasing border agents, increasing border barriers, and increasing penalties for illegal crossings have all been surpassed. More than 80 percent of the border meets one of the Department of Homeland Security’s (DHS) three highest standards for control.

Cornyn, Gingrey, and other conservatives are stuck on the notion that we need more and more immigration enforcement, and they ignore the reality of what’s already in place and clear signs that undocumented immigration is declining. We can further militarize the border and throw more money at programs like Secure Communities — yet we will still have 11 million undocumented people living among us. 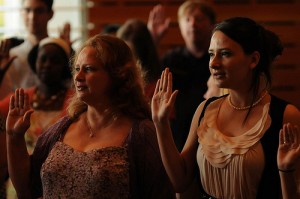 The American public recognizes that this is unacceptable; 62 percent of registered voters favor a path to citizenship for the undocumented, according to a December poll by Politico. Although Republicans may dislike the idea of citizenship for the undocumented, which they incorrectly term “amnesty,” it’s an essential component of immigration reform.

By the way, no one is proposing amnesty for the undocumented. Amnesty is a free pass. Comprehensive reform would require undocumented immigrants to pay fines, back taxes, and undergo background checks before they qualify for any adjustment in their immigration status. That’s not amnesty. That’s earned citizenship.

True, our border is not 100 percent sealed. But Department of Homeland Security (DHS) Secretary Janet Napolitano is correct in her opinion that people who want the border totally secured are misguided. “There’s no border in the world that doesn’t have some form of migration, legal and illegal,” she told NPR. “So saying it has to be zero is like saying we have to put the United States under some sort of Tupperware container and seal it off. That’s not how our country operates.”

The calls for border security have become little more than an excuse to defer comprehensive immigration reform again and again. Enough already. Good sense and sound policy dictate that lawmakers craft a path to citizenship for our undocumented population — and finally solve our immigration mess.

Raul A. Reyes is an attorney and columnist. He lives in New York City.
Distributed via OtherWords (OtherWords.org)