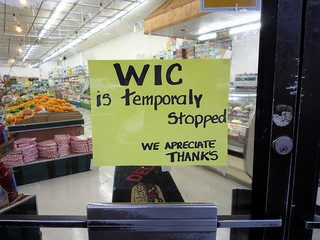 Bossing the Poor Around

How about a bill banning soda sales at the House of Representatives' cafeterias?
By Jill Richardson | September 18, 2013

I spent a few months on food stamps this year. As a single woman in San Diego, I qualified for $70 a month — less than a dollar per meal. But I’m lucky and I’m unusual because many of my friends are farmers and gardeners and I know how to forage wild foods.

Determined to stretch my $70 a month budget to somehow cover a healthy diet, I harvested wild cactus pads and edible weeds from my neighbors’ yards. Friends gave me fruit from their trees. A farmer told me to take whatever I needed from his stand at the farmers’ market. Then I used the food stamps to acquire foods I couldn’t get for free: milk, oatmeal, beans, and so on. All organic.

It worked, thanks to great effort. I cooked my own meals, made my own bread, and even my own jam, yogurt, and sauerkraut. If I worked for a company or in an office, instead of working from home as my own boss, I doubt I would have had time to do this. And how many people, when they fall on hard times, already possess the knowledge and tools to grow, forage, and cook their own food like I did? 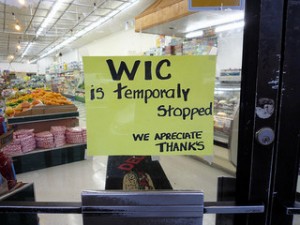 Maggie Dickinson, a PhD student in anthropology, spent a year and a half finding out first hand at a Brooklyn food pantry. She found that the people she interviewed — all either food stamp recipients or people who relied on the food pantry for staples — were often knowledgeable about the need for a healthy diet and desirous to eat well.

They just couldn’t afford it.

She writes about Martha, a 24-year-old woman with a young son. Martha is on food stamps, and she loves to cook. “Sometimes I’ll have to go for maybe the fattiest of the processed stuff because sometimes that’s cheaper than the healthier foods,” she admits.

A man named Nelson told her he wants to eat healthy foods like seafood and vegetables, but he can’t afford to think about his health. “When I’m hungry, I need to eat whatever thing,” he says. He buys whatever’s on sale, healthy or not.

How can we help folks like Martha and Nelson improve their diets? Dickinson proposes giving them more money in food stamps so they can afford the healthy foods they want. But Rep. Phil Roe has a different idea. The Tennessee Republican wants to ban them from using food stamps for junk foods like soda.

There’s not one redeeming quality about soda, nutritionally speaking. Even beer contains vitamins, but not soda. Beer, by the way, is off-limits if you’re using food stamps. Uncle Sam doesn’t buy your alcohol.

What irks me is Roe’s hypocrisy and his elitism. Wealthy congressmen like Roe can dictate what the poor get to eat, but nobody gets to tell the rich what to eat. Would Roe accept a bill banning soda sales at the House of Representatives’ cafeterias?

When New York Mayor Michael Bloomberg attempted to limit the serving size of soda to 16 ounces, he wound up in court. The appeals process will stretch beyond the end of his third term in office.

And Bloomberg wasn’t even limiting soda consumption. Under the rules he tried to impose in the five boroughs, you could buy an entire gallon of soda and drink it in one sitting, if it came in 16 oz servings. His serving rule had a sound basis in behavioral research, and probably would have improved health without curtailing freedom.

But the courts have so far sided with the bottled drink industry in supporting a right for New Yorkers to large serving sizes. And cutting soft-drink consumption with a soda tax has met with opposition whenever it’s proposed. But it’s somehow OK to tell the poor what they are allowed to eat.