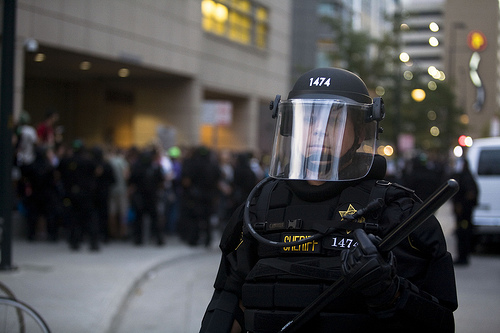 Bracing for an Attack by Veterans

From 1776 forward, Americans have opposed having soldiers do police work on our soil. But in recent years, Pentagon chiefs have teamed up with police chiefs to circumvent that prohibition.

How? By militarizing police departments. 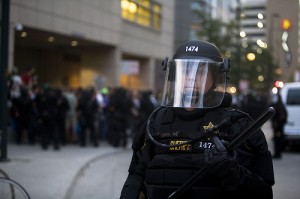 As a city councilman in rural Wisconsin commented when told his police were getting a nine-foot-tall armored vehicle: “Somebody has to be the first to say, ‘Why are we doing this?'”

The town’s police chief responded that, “There’s always a possibility of violence,”The New York Times reports. Really? Who threatens us with such mayhem that every burg needs a war-zone armory and a commando mentality?

The sheriff’s department needed a mine-resistant armored vehicle, he explained, to defend itself against U.S. veterans returning from the Afghanistan war. War veterans, he said, “have the ability and knowledge to build (homemade bombs) and to defeat law enforcement techniques.”

That’s lame, loopy, insulting, shameful, and just plain stupid. Maybe he just forgot to pack his brain when he left for work that day. But I’m afraid it’s a window into the altered mindset of police chiefs and trainers.