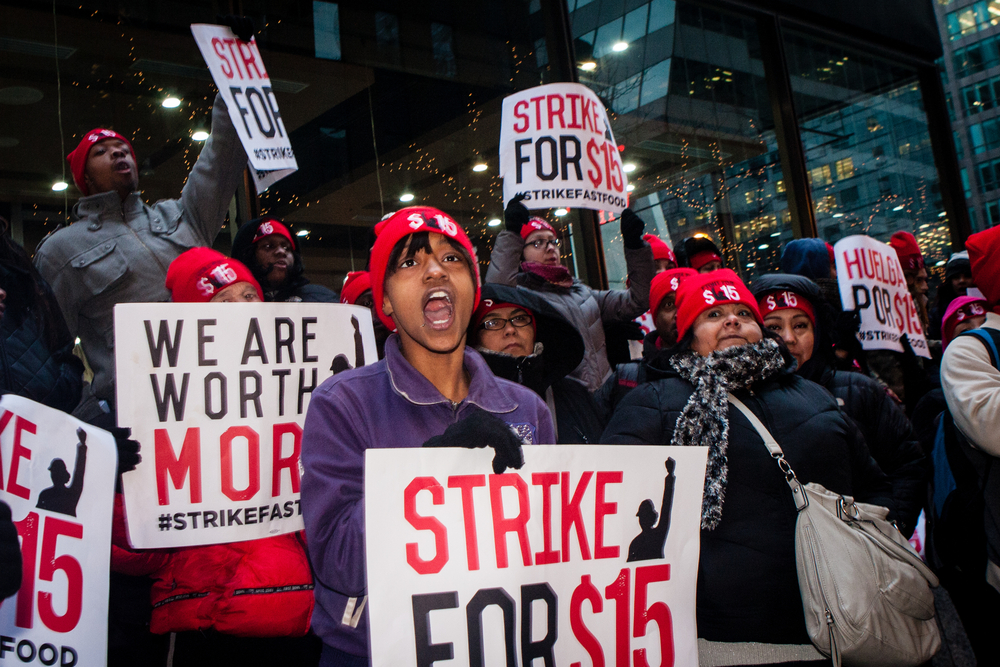 Bring Back May Day

The U.S. is one of the only countries in the world that doesn't mark International Worker's Day. So how are our workers doing?
By Saurav Sarkar | April 24, 2019

Editor’s note: This piece originally ran at OtherWords.org in April 2018. It’s been adapted for re-publication in April 2019.

Most of the world recognizes May 1 — May Day — as International Workers’ Day. Here in one of the few countries that doesn’t, it’s worth pausing to ask how U.S. workers are doing.

At an event marking the launch the Poor People’s Campaign, Fight for $15 organizer Terrence Wise recalled “going to bed at night, ignoring my own stomach’s rumbling, but having to hear my three little girls’ stomachs rumble. That’s something no parent should have to endure.”

Last year, the Institute for Policy Studies and the Poor People’s Campaign released The Souls of Poor Folk, a report on 50 years of change in the issues that affect working people, and particularly those at the bottom. We looked at systemic racism, poverty, militarism, and ecological devastation.

We found some startling and unhappy results. For the most part, workers like Wise are struggling hard to get by.

With the destruction of industries and the cities that housed them, the nature of our economy has shifted. Although the official unemployment rate is low, employment today often means low-wage work that offers little job security.

Our society’s treatment of workers has changed, too. For example, 28 states have passed so-called “right to work” laws that undermine the ability of workers to organize.

That’s meant steadily declining union membership, which keeps workers from getting their fair share of the wealth produced by the U.S. economy over the past 50 years. Despite enormous growth in the overall economy, wages for the bottom 80 percent of workers have remained largely stagnant.

In 2016, there wasn’t a single county or state in which someone earning the federal minimum wage could afford to rent a two-bedroom apartment at market rate. Yet today there are 64 million people working for less than $15 an hour.

Meanwhile, nearly one in five families have zero or negative net worth. That number rises to over a quarter of Latin American households and 30 percent of black households.

Of course, these changes haven’t happened in a vacuum. It’s not a coincidence that while most Americans are struggling, just three individuals — Bill Gates, Jeff Bezos, and Warren Buffett — together own as much wealth as half of the country combined.

It’s also probably no coincidence that the American politicians backed by billionaires don’t recognize May Day.

People in power made choices like passing “right to work” laws that have led to these outcomes. And it will have to be other people — people like Terrence Wise — that set things right. At that same press conference where he described his family’s plight, Wise talked about how the Fight for $15 had helped raise the wages of 20 million workers and promoted their fight for a union.

Research by the Poor People’s Campaign shows how systemic racism, poverty, militarism, and ecological devastation are all interconnected, and all undermine workers today. They’re calling for federal and state living wage laws, a guaranteed annual income for all people, full employment, and the right to unionize.

These steps will restore a sense of well-being and economic security to America’s workers and give them what the hollow promises of politicians cannot: dignity. Join them this May Day at www.poorpeoplescampaign.org and make it one to remember for U.S. workers too.