The most shameful assault in state legislatures these days is on our public schools.
By Jim Hightower | July 25, 2011

Will Rogers said that when Congress is in session, the public gets the same panicky feeling as “when the baby gets hold of a hammer.”

Rogers’ observation can also be applied to the mayhem that has broken out in various smash-happy state legislatures. All across the country, right-wing zealots are wielding their little ideological hammers to destroy common sense and wreck the common good. These anti-government extremists are going after everything from the basic rights of workers to our crucial environmental protections. 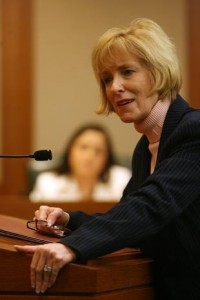 Their most shameful assault, however, is on our public schools. They’re not merely clobbering teachers and shattering education budgets; they’re after the very idea of public education. A few years ago, Debbie Riddle, a boneheaded Texas legislator, asked: “Where did this idea come from that everybody deserves free education?” The Republican then sputtered, “It comes from Moscow, from Russia. It comes straight out of the pit of hell.”

She was hooted down then, but this year, her Kafkaesque ideological extremism has moved from the legislative fringe to the center of the Republican majority’s agenda. Using the huge budget deficit (which they created) as their excuse, Texas GOP lawmakers and the Republican governor are cavalierly slashing our state’s historic, constitutional commitment to providing an “efficient system of public free schools.”

Even as student enrollment is growing exponentially, these ideologues are whacking the state’s school budget by $4 billion. Worse, they are terminating the law that gives our public schools top budgetary priority, based on how much we need to spend to educate our children. No more “entitlement,” they scream, as stupidly as they can.

Unfortunately, Texas is not the only state putting budgetary ideology over school kids and undermining our entire society’s future. As the old bumper sticker puts it: “If you think education is expensive, try ignorance.”