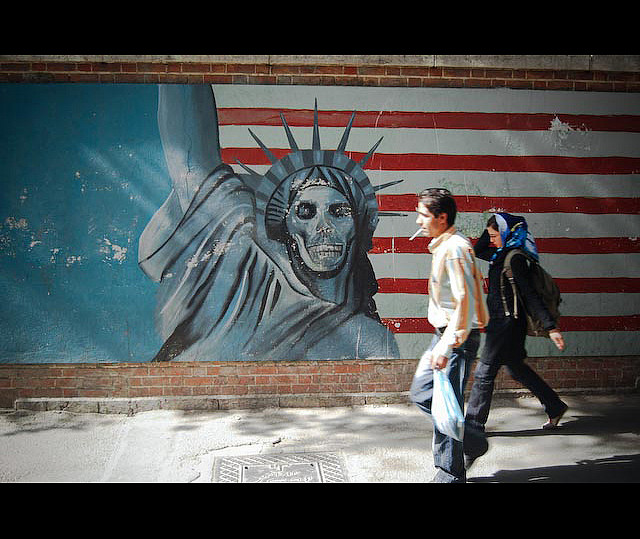 Burying the Hatchet with Iran

The U.S. and Iran are closer than ever to letting go of their rivalry.
By Chris Toensing | November 5, 2014

Don’t tell anyone, but the United States and Iran are getting closer — perhaps closer than ever — to letting go of 35 years of enmity.

No, Washington and Tehran aren’t going to be BFFs or anything.

But they do share a common interest in rolling back the so-called Islamic State, whose well-armed militants have declared an extremist Sunni caliphate stretching across Syria and Iraq.

The United States is anxious to restore the Iraqi government’s authority in oil-rich Iraq, while Iran is eager to defeat a murderously anti-Shiite militia on its western flank.

Both governments have sent arms and advisers to their mutual allies in Baghdad. And though neither Washington nor Tehran wants to advertise it, in a few places the U.S. and Iranian militaries are apparently engaging in some operational coordination against the Islamic State.

Meanwhile, the diplomats negotiating the future of the Iranian nuclear research program remain cautiously optimistic about reaching a deal. 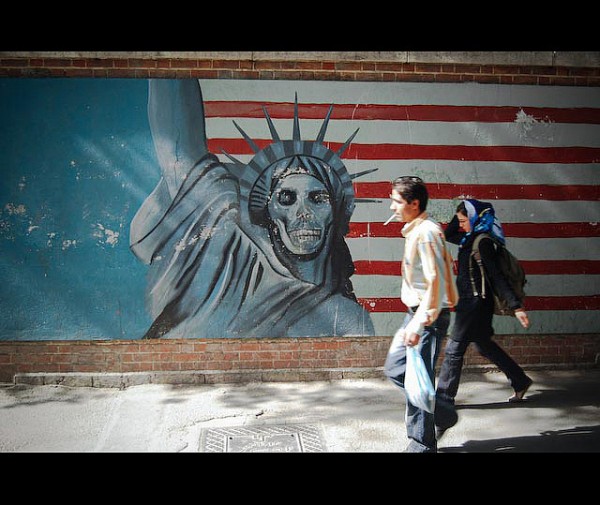 Though a final nuclear agreement has yet to materialize, both Washington and Tehran seem to feel it is better to keep talking than to stop.

“The world is clearly better off now than it would have been if the leaders on both sides had ignored this opening,” top U.S. negotiator Wendy Sherman concluded after the most recent round of talks, which the Iranian foreign minister praised for focusing on “solutions.”

The deeper reasons for this cautious détente are political as well as strategic.

In Tehran, Iranian President Hassan Rouhani is hitching his electoral fortunes to his ability to temper tensions with the West and ratchet down U.S.-led sanctions. With oil prices falling, the economic stakes are going up. In Washington, meanwhile, President Barack Obama could use a win of any kind.

And the volatility that followed both the 2003 invasion of Iraq and the wave of upheaval generally known as the “Arab Spring” points to a weakness in Washington’s grand strategy in the Middle East. Namely, the U.S.-backed Arab regimes that are supposed to keep the oil flowing and prevent another multi-front Arab-Israeli war aren’t as stable as they’d like Washington to believe.

Iran, by contrast, has managed several relatively peaceful (if limited) successions of power in the last three decades. Realists in the White House must be tempted to think that the Middle Eastern oil patch would be safer with Iran inside the U.S. alliance system.

Yet die-hards on both sides would like to see the U.S.-Iran cold war persist.

In Iran, Rouhani’s arch-conservative foes seize upon every hint that he’s burying the hatchet with the Great Satan. Their political relevance hinges upon Iran’s isolation from the world, so they want to see Rouhani fail.

On Capitol Hill, lobbyists for Israel and the Arab Gulf states are determined to block any U.S. opening to Iran. Congress continues to threaten the precarious nuclear negotiations with talk of additional sanctions, and there are plenty of Iran hawks in the Pentagon and U.S. intelligence agencies as well.

A nuclear accord would mark only the first step toward a full rapprochement between Washington and Tehran. And even that wouldn’t necessarily mean a more peaceful or democratic Middle East.

It would, however, banish the specter of a U.S. war with Iran. With Americans bogged down in Iraq, Syria, Afghanistan, and beyond, that would be no small thing.