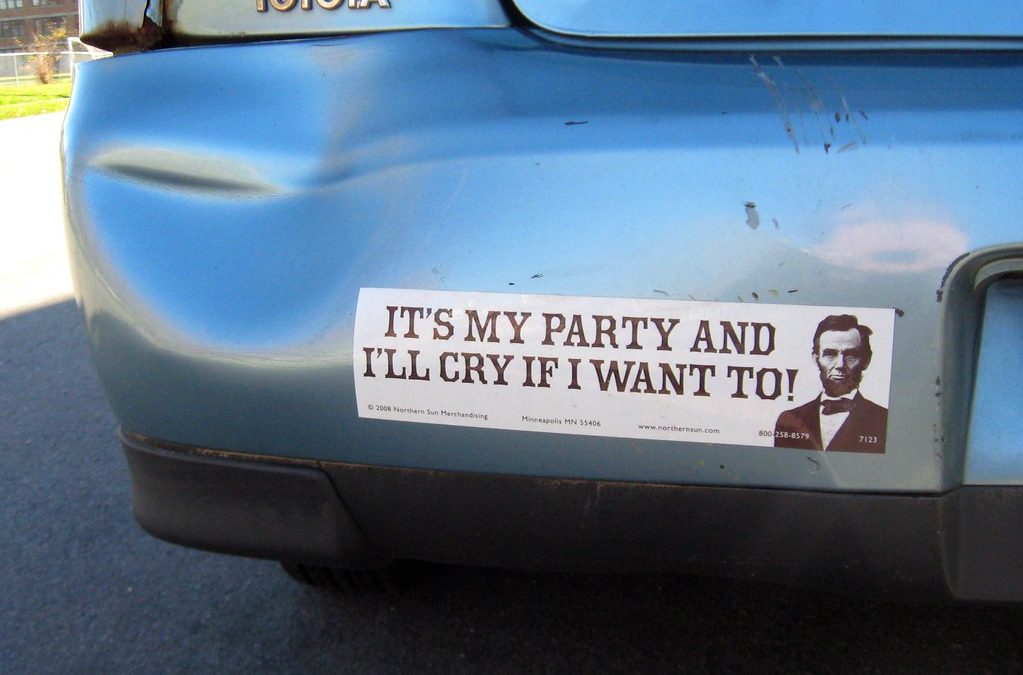 Can the Party of Lincoln Be Racist? Absolutely

The Great Emancipator was an open white supremacist who wanted to send freed black people “back to Africa.”
By Tracey L. Rogers | July 24, 2019

Republicans have a go-to line when it comes to deflecting charges of racism: We’re the party of Lincoln!

For instance, after President Trump spewed divisive, racist rhetoric toward Democratic Reps. Alexandria Ocasio-Cortez, Ayanna Pressley, Ilhan Omar, and Rashida Tliab, Republican House Minority Leader Kevin McCarthy had a ready response: “We are the party of Lincoln.” Any suggestion that the president was being racist was “politics,” he claimed.

To me, McCarthy’s response confirmed what we’ve known all along: The Republican Party is filled with racists.

Republicans almost uniformly failed to reject Trump’s racist tweets. Instead, Rep. Ralph Abraham (R-LA) said that he would personally “pay for the congresswomen’s tickets to leave this country.”

Senate Majority Leader Mitch McConnell (R-KY) stated flat out that the president was “not a racist,” while Rep. Tom Cole (R-OK) joined this collective shrug by saying, “I don’t see these as racial remarks.”

In a united front to defend the president, the entire Republican Party deflected blame to their “socialist colleagues,” and objected to a House resolution condemning Trump’s comments. Only four Republicans voted with Democrats to pass it.

Let’s not forget that the “Great Emancipator” himself was openly racist.

Unfortunately, Abraham Lincoln perpetuated the myth of white superiority throughout his entire political career, spewing the same kind of racism that is alive and well in the Republican Party of today.

While Lincoln was vocal in his opposition to slavery, he also believed that blacks should be sent to Liberia — in Africa — because he did not believe freed blacks should live among whites in the United States.

What’s more, even though he held the conviction that all men, including blacks, “had the right to improve their condition in society and enjoy the fruits of their labor,” Lincoln didn’t think blacks should have the same social and political rights as white people.

In fact, during the fourth Lincoln-Douglas debate in 1854, Lincoln plainly stated: “I am not, nor ever have been, in favor of bringing about in any way the social and political equality of the white and black races.” He continued that “while they do remain together, there must be the position of superior and inferior, and I as much as any other man am in favor of having the superior position assigned to the white race.”

One might dare argue that Lincoln himself was a white nationalist, and the apple doesn’t fall too far from the tree. Trump’s tweets were widely praised by open white nationalists — and then condoned by nearly the entire Republican Party.

What does set the party of Lincoln apart from today’s Republicans, however, is that Lincoln at least strived to keep the Union intact. While his Emancipation Proclamation was politically motivated, it was a risky strategy, nonetheless, to keep the nation undivided. That’s not what we’re seeing from this administration.

Slavery may have formally ended in 1865. But in 2019, the leader of the free world has the support of the Republican Party to send all black and brown people, be they asylum seekers or members of Congress born in this country who carry U.S. citizenship, back from whence they came.

It makes me wonder, whose party is it now?

Tracey L. Rogers is an entrepreneur and activist living in Northern Virginia. This op-ed was distributed by OtherWords.org.