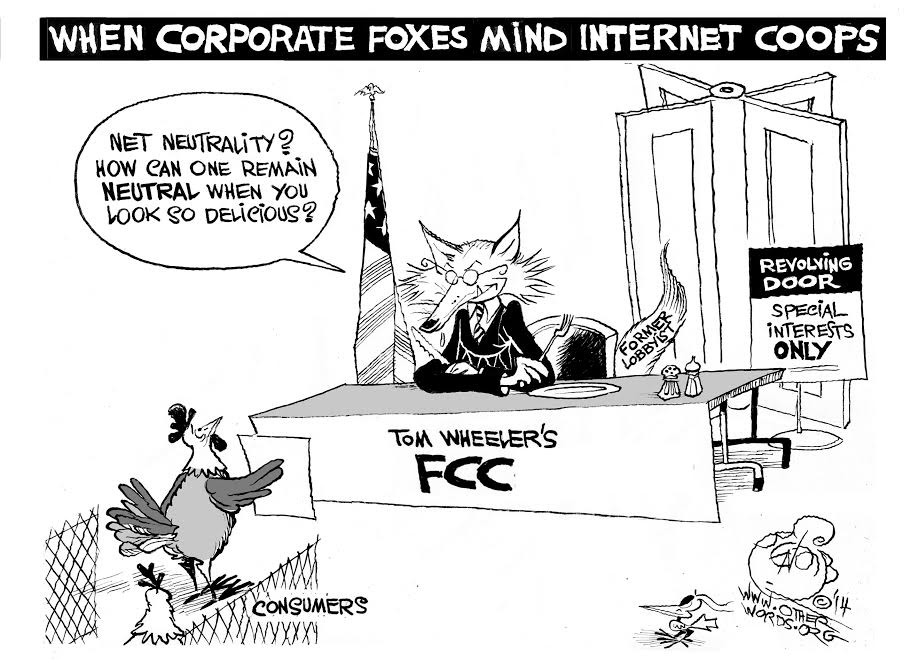 Can You Hear Us Now?

On a recent Monday night in Brooklyn, five empty chairs stood on stage — one for each member of the Federal Communications Commission. A crowd had amassed in the room for a public hearing to send this message to the agency: Don’t hurt the open Internet.

But the commissioners’ absence sent a stronger message: We’re not listening. 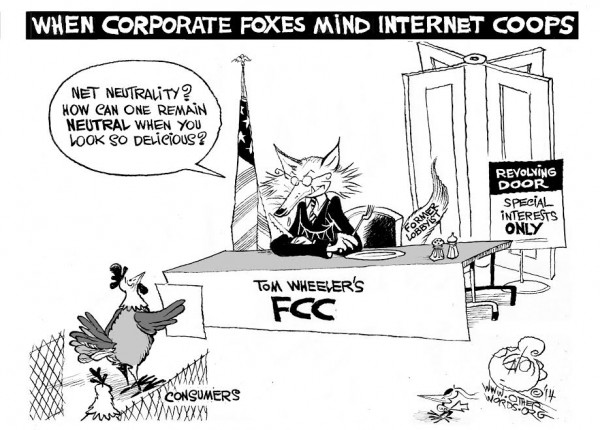 The FCC — the agency charged with regulating telecommunications — is expected to vote by the end of the year on Chairman Tom Wheeler’s plan to let Internet service providers (ISPs) offer “fast lanes” to companies that can afford to pay for speedier access.

Hundreds of businesses, organizations, and websites that rely on an open Internet have slammed the plan, which would kill Net Neutrality — the principle that requires ISPs to treat all traffic equally. Net Neutrality has made the Internet an unrivaled space for free speech, civic participation, innovation and opportunity. Without it, a few ISPs would become the gatekeepers of everything we do, say, and see online.

During the public comment period, nearly 4 million people— a record-breaking figure — weighed in on Wheeler’s plan. A whopping 99 percent of these comments oppose this proposal, according to one study.

Given the unprecedented public interest in this issue, many groups have urged the FCC to get out of Washington and host public hearings. But so far Wheeler has ignored this call.

In fact, the FCC has gone out of its way to avoid attending public gatherings like the one in Brooklyn. It’s been more than five years since all five FCC commissioners left Washington together to participate in a public hearing where anyone could testify.

These kinds of public hearings used to be commonplace for the agency, regardless of which political party was in control of Washington. But Wheeler’s FCC is different.

Instead of appearing at events with open microphones, Wheeler — a former lobbyist for the cable and wireless industries — has opted to attend industry trade shows. In fact, all five commissioners consistently attend the annual conventions of the cable, wireless, broadcasting, and electronics industries.

Yet somehow they just can’t find the time to meet with the public.

The FCC seems to fear hearing from everyday people who use the Internet to communicate, connect, learn, and survive. And while some of the commissioners have left Washington on a few occasions since Wheeler proposed his rules (Republican Commissioner Ajit Pai convened an official FCC hearing in College Station, Texas), the chairman himself has been absent from any public events on Net Neutrality.

“This is a real inflection point for us as a society,” says former FCC Commissioner Michael Copps, who attended dozens of public hearings during his decade in office and spoke at the event in Brooklyn. “The decisions they’re going to make between now and the end of the year are probably the most important that the FCC is going to make in a generation.”

The commissioners, Copps concludes, shouldn’t vote “until they get out of the Beltway and listen to the people who have to live with the results of their decisions.”

As the clock ticks down to a final FCC vote — which could happen as soon as December — the question looms large: Where is Tom Wheeler? And why won’t he meet with the people he’s supposed to serve?

Candace Clement is the Internet campaign director for Free Press and Mary Alice Crim is the organization’s field director. FreePress.net
Distributed via OtherWords