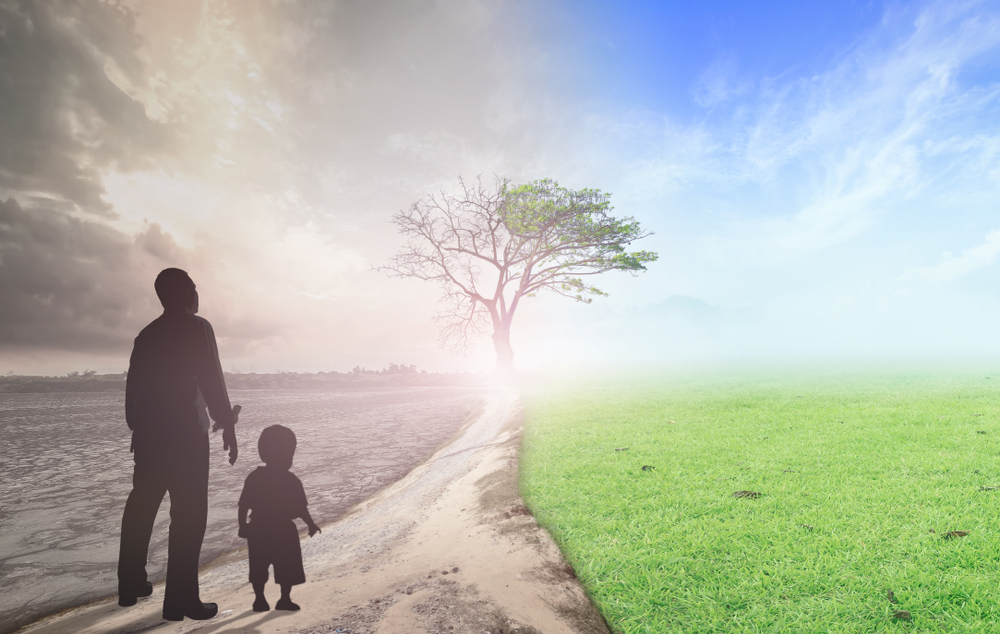 Politics that focus on policy alone are bound to fail. At least one long-shot candidate understands that.
By Tracey L. Rogers | August 14, 2019

After mass shootings killed 31 people in Texas and Ohio, I can’t help but recall how those three words — “yes we can” — encouraged hope and unity. Nearly 11 years after Obama’s historic election, however, it seems like we’ve been set back four centuries.

Over just two years, Donald Trump’s racist and hate-filled rhetoric has influenced a rise in white nationalism and domestic terror, inspiring people like the El Paso shooter to drive 10 hours to kill “as many Mexicans as possible.”

Since taking his oath in office, one thing has been made abundantly clear about our commander in chief: He is blatantly racist.

The proof is evident in Trump’s immigration policies, the most inhumane we’ve seen in recent history. Most recently, these policies saw ICE agents arrest over 680 suspected undocumented workers in Mississippi, their children left behind.

It’s not just immigration. Across every policy issue — from climate to health care to taxes — our politics have been beset with racism, greed, and violence.

As we approach the 2020 presidential elections, we find ourselves in a tragic gap between who we currently are as a nation, and who we have the chance to become.

Democratic presidential candidates are clamoring to put forth an agenda that would set right the wrongs of this administration. There are currently 24 candidates running in the primaries with a plan in place on how best to defeat Donald Trump.

Several are offering good policies. But the majority of them — and arguably the party as a whole — don’t seem to understand what they’re up against.

Marianne Williamson, the most googled Democratic primary candidate in 49 out of 50 states after the last debate, summed it up like this: “Donald Trump is not a politician. Donald Trump is a phenomenon. And it will take a phenomenon to beat him.”

Williamson may be a long-shot candidate, but she is absolutely correct.

Over the past few months, we’ve heard much from Washington — often from Democratic Party leaders — about what can’t be done as our democracy unravels. We can’t impeach Donald Trump. We can’t pass gun control legislation. We can’t reunite immigrant families.

Instead of pursuing these bolder ideas, many moderates say it’s better to dial back expectations. But why?

“This is a moment,” Williamson counters, “where what some might consider a ‘safe choice’ is the most dangerous choice we can make.” Accordingly, she’s endorsed everything from universal health care to reparations for slavery.

No one is suggesting that sweeping progressive policies like those proposed by Williamson, or better known candidates like Bernie Sanders and Elizabeth Warren, be executed in one fell swoop.

But when a president’s agenda reeks of authoritarianism, we desperately need to consider all that is possible — or could be.

Williamson has been referred to as the “left-wing Trump.” Her political platform centers on “love” and “healing,” a peaceful alternative to the current Trump-driven culture war that is undermining our humanity.

Deriding what she calls “yada yada politics” that focus on policy details without any necessary shift in thinking, Williamson has challenged us to address the root of what ails society — ailments that have been perpetuated by status quo policies and politicians.

It seems the moral infrastructure of our country needs rebuilding. And that’s going to take a phenomenon, not just a person or a policy.

From gun control and immigration reform to our integrity and our values, can we get elected officials to make the right choice instead of the “safe” choice?

Tracey L. Rogers is an entrepreneur and activist living in Northern Virginia. This op-ed was distributed by OtherWords.org.