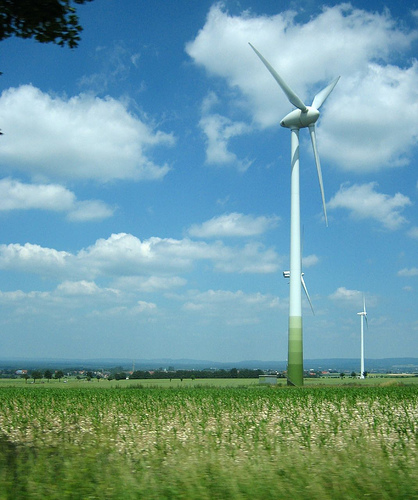 Already, the California Teachers' Pension Fund, the state of Vermont, the city of Seattle, and students across the nation are working on divestment campaigns that will speed the transition to renewable energy.
By Andrew Korfhage | March 6, 2013

President Barack Obama is on a rhetorical roll on the issue of climate change.

“The 12 hottest years on record have all come in the last 15,” Obama pointed out to Congress and the American people in his State of the Union address. “Heat waves, droughts, wildfires, floods — all are now more frequent and more intense…[F]or the sake of our children and our future, we must do more to combat climate change.”

He also referred to global warming at his first post-election press conference and in his inaugural address, citing evidence for it being caused by human activities and committing to greater action in his second term.

But Obama’s options for fighting climate change on his own are limited. And the likelihood of congressional action isn’t promising.

The good news is that momentum is growing for a strategy that allows people to take the issue of climate change into their own hands — by divesting from fossil fuel companies. 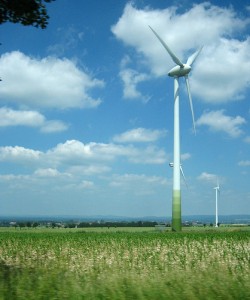 This new approach takes its inspiration from the mass movement to divest from South Africa in the 1980s and 1990s. Millions of people and thousands of companies and institutional investors pulled their investments from companies doing business in South Africa, until the Apartheid regime caved under the economic and political pressure.

“The corporations understood the logics of money even when they weren’t swayed by the dictates of morality,” South African Archbishop Emeritus Desmond Tutu told 350.org, the organization leading the climate divestment movement. “Climate change is a deeply moral issue too, of course.”

With a return on investment guaranteed to include all of the environmental catastrophes cited by Obama — plus uninhabitable coastal cities, famine, water crises, and more — investing in fossil fuels neither makes moral sense nor represents a winning strategy for long-term investments.

“Investing in fossil fuel today seems like investing in the whaling industry in the mid-1800s — old technology, still dominant but clearly not the future,” says John Streur, president of Portfolio 21, a mutual fund company that screens fossil fuel companies out of its portfolio. “Our ability to power the global economy beyond the current age of fossil fuels will be the most important transformation ever made by our industrial society.”

Already, the California Teachers’ Pension Fund, the state of Vermont, the city of Seattle, and students at 252 universities nationwide are working on institutional divestment campaigns that will speed that transition.

“This generation of college students is facing an incredible series of sustainability challenges that will force them to live on a very different planet from the one that I grew up on,” says Dr. Stephen Mulkey, a climate scientist and president of Unity College in Maine, which voted to divest from fossil fuels last November. “We looked at our portfolio and said, ‘This is the right thing to do.’ This was an ethical decision on the part of the board.”

It’s an ethical decision we all can make.

To get started with the climate divestment movement, you can learn about institutional divesting at gofossilfree.org, and find resources for individual clean-energy investing at greenamerica.org/fossilfree.

As with the South African divestment movement, the targeted companies will take notice when enough people start moving their money en masse.

What’s more, our leaders will take notice as well. When we vote “no” on fossil fuels and “yes” on clean energy with our investment dollars, together we send Congress a message about the type of future we want for our country (and the planet). That message is as clear and direct as the president’s own voice in his State of the Union address.