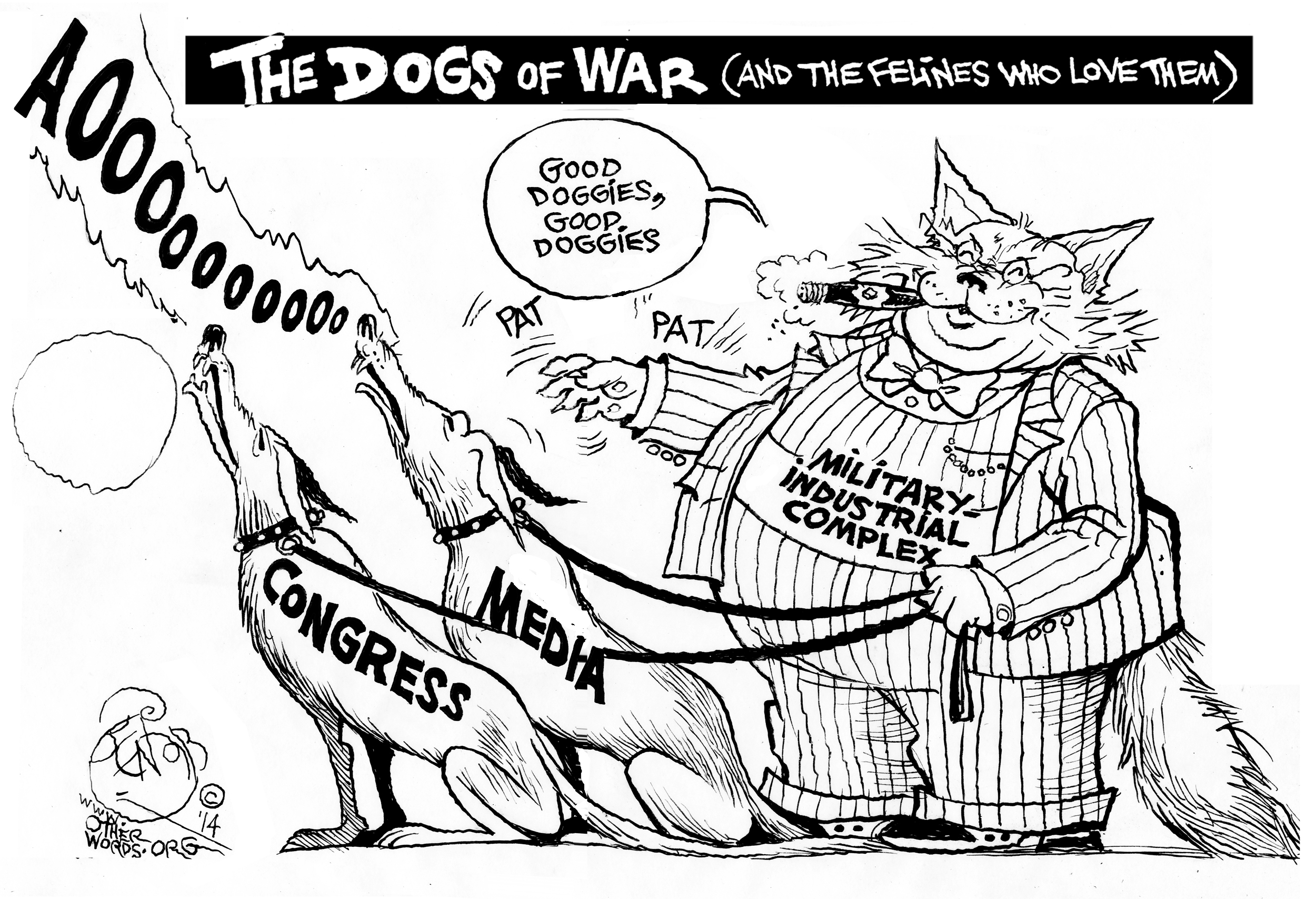 The Military Fat-Cat Complex, an OtherWords cartoon by Khalil Bendib

Cashing In on the ISIS Crisis

Maybe you think the U.S. air war on the Islamic State is a fine plan. Maybe you don’t. Either way, have you considered how little Washington’s latest military foray in the Middle East has to do with America’s welfare?

In case you haven’t heard, shock and awe are out in what’s increasingly being called either Iraq War 3.0 or — more ominously — Iraq War III. “Persistent and sustainable” are in, according to General Martin Dempsey, chairman of the U.S. military’s Joint Chiefs of Staff.

Why can’t our leaders leave bad enough alone and get out of there? One possible explanation is that this apparently eternal battle has more to do with profits than protection.

No matter how pointless these wars prove, America’s military-industrial complex makes a killing. 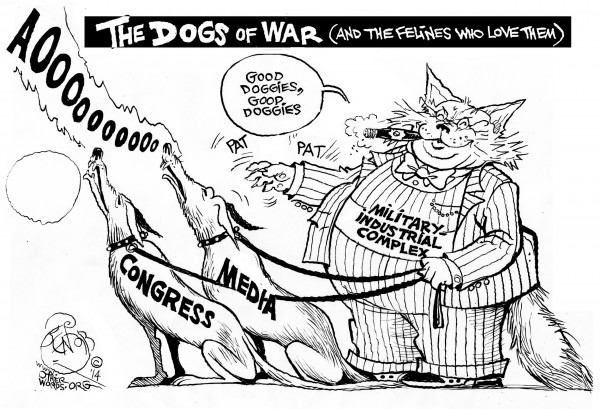 The Military Fat-Cat Complex, an OtherWords cartoon by Khalil Bendib

There’s always a profit to be skimmed by the makers of cruise missiles and builders of submarines. They stay in the black even when humanity suffers.

But wait. Doesn’t the United States lose when these wars inevitably shore up anti-American hatred?

Worrying about that kind of thing isn’t really a job for military contractors. Just like the oil, gas, and coal industries, their goal is to grab what they can while the grabbing is good.

America’s hired guns and military contractors took a big hit after the last Iraq War wound down. But thanks to the eruption of “the ISIS crisis,” the dogs of war in Congress are howling again.

At the moment, they’re yelping at President Barack Obama and telling him to stop ruling out more “boots on the ground.” Obama has already called for doubling current troop levels in Iraq and asked Congress for permission to spend $5.6 billion more than anticipated on the conflict.

Perhaps the most galling military development so far is the Pentagon’s mobilization of depleted uranium weapons. These weapons are already suspected of causing widespread birth defects in Iraq from prior military campaigns, and there is a debate underway right now in the United Nations to ban them.

Whistleblower Peter Van Buren recently asked a good question about all of this: “What could go possibly go right?”