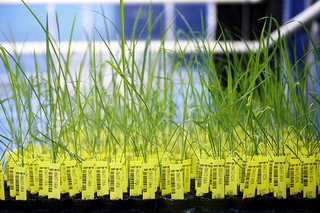 Casting a Spotlight on Frankenfoods

A legislative victory in Connecticut is the first for American consumers who are demanding the right to know if our food is genetically engineered.
By Jill Richardson | June 12, 2013

Do you have a right to know how your food is produced?

Look at any label on something made for human consumption. Whether it’s a bite-sized candy bar, a box of cereal, or a gallon of pickles, you’ll see lots of information: a list of ingredients, allergen warnings, calorie counts, vitamins, and even whether that item contains trans-fats.

What won’t you see? Whether your food was genetically engineered. 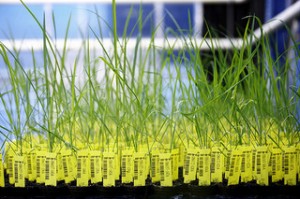 But this might change in the near future. Consumers across the nation are demanding that information. Connecticut recently became the first state to pass a law requiring the labeling of genetically engineered foods.

Genetically engineered crops — plants with genes of another species inserted into their DNA — have grown increasingly common in our food supply since their introduction in the mid-1990s. While some organic food suppliers tout the lack of these ingredients, products containing these newfangled things are never labeled. Neither is our genetically modified produce, like sweet corn or papayas.

The majority of corn, soybeans, and cotton grown in the U.S. are all genetically engineered. And I dare you to pick up a box or a package of anything in a grocery store and find cookies, cereal, or even a frozen dinner that contains no corn or soy. Even your meat, milk, and eggs come from animals fed corn and soy.

These “frankenfoods” have been controversial from the get-go. Some consumers worry whether they’re safe, some are concerned about their environmental impact, and others fear that they’ll hurt our farmers. The lack of labeling isn’t due to a lack of consumer demand for labels.

So why aren’t they labeled? As one executive of the biotech giant Monsanto put it, “If you put a label on genetically engineered food you might as well put a skull and crossbones on it.” They think that if you knew what was in the food, you wouldn’t want to eat it.

National labeling requirements are up to the federal government. And the authorities in charge of that work assert that genetically engineered foods are “substantially equivalent” to normal food that has its original DNA intact. With no difference between the foods, there’s no need for a label.

“If the foods are the same, then what the heck are they patenting?” asks Nancy Casady, who manages People’s Food Co-op in San Diego. She’s referring to the fact that each variety of genetically engineered foods is patented, and farmers who buy them must sign contracts prohibiting them from saving and replanting their seeds.

The way I see it, consumers simply have a right to know how their food is produced, whether the government says the food is “substantially equivalent” or not.

Even some proponents of genetic engineering are starting to think that labels are a good idea. When the industry fights hard against labels — often winning — it looks like they’ve got something to hide. (This is what labeling advocates have said for years. If these products are so great, why doesn’t Big Ag brag about them?)

Other right-to-know consumer movements have worked hard to pass their own labeling requirements without winning (yet), including California, Oregon, New York, Vermont, and Washington.

That’s why it’s such a big deal that Connecticut‘s measure passed with nearly unanimous support in both chambers of the state’s legislature. There’s a catch, though. The law includes two “triggers.” Four other states must pass labeling laws before Connecticut’s own law can go into effect. And some of those states must be in the Northeast.

Why do we have to fight so hard just to know how our food is produced? Shouldn’t it be our right?