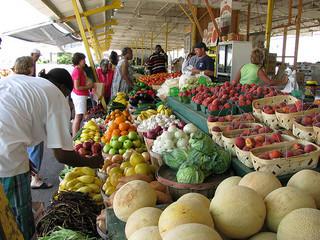 Catching up to the Local Food Revolution

Government policies and spending primarily support industrialized agriculture and the giant farms and corporations that profit from it.
By Bill Wenzel | April 2, 2012

This year, spring arrived early as a record-breaking heat wave swept across the nation, making it feel like summer in Minnesota, Virginia, and many other parts of the country. Farmers are either already planting their crops or just about to start. Consumers who shop at farmers markets throughout the Midwest will soon be sampling fresh-picked local asparagus a few weeks ahead of schedule.

Maybe it’s due to the increasingly frequent outbreaks of food-borne illnesses that afflict our food system. Or maybe people just like knowing where their food comes from. Or how produce tastes when it’s been harvested that morning.

It could be all those things, but demand for local food is soaring. There are now more than 7,000 farmers markets across the nation, up from 340 in 1970. More than $1.2 billion in agricultural products are sold each year through direct market channels like farmers markets and Community Supported Agriculture programs (CSAs). CSAs vary in structure and scope. Most enable a consumer to purchase a “share” from the crops or other products that a particular farm produces throughout the season. 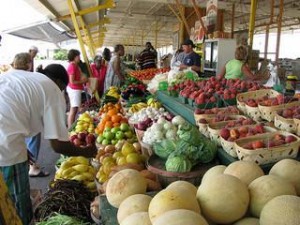 Researchers have found repeatedly that purchasing local food has a significant “multiplier” effect. That means a bigger portion of every dollar spent on local food is retained in local economies than is the case with conventional groceries.

While farmers producing large-scale commodities such as corn, soybeans, rice, and wheat benefit from crop insurance — protecting their income after a flood or drought — and other revenue assurance programs, the small and mid-sized farmers who grow a wide variety of fruits and vegetables and comprise the majority of local food producers generally can’t access these benefits.

Despite the increased demand for local food, and the obvious health benefits of supporting more fruit and vegetable production, government policies and spending primarily support industrialized agriculture and the giant farms and corporations that profit from it.

It’s time to level the playing field. The national explosion of obesity, particularly among children, and the continued loss of family farms and rural communities demand a new approach.

Every five years, Congress writes a new farm bill, the primary driver behind U.S. food and farm policy, and right now debate over this legislation is in full swing. One of the latest proposals on the table, from Rep. Chellie Pingree (D-ME) and Sen. Sherrod Brown (D-OH), is the Local Farms, Food, and Jobs Act, which would address the shortcomings in existing farm and food policy.

The legislation would help meet the needs of farmers who supply the local food system and help consumers access that supply — including making it easier for schools and institutional buyers to purchase locally grown foods and requiring that various federal grants and loans be made available for local food-system development. Eighty members of the House and Senate have co-sponsored this legislation and more than 275 farm, food, public health, and consumer groups have endorsed it.

The Local Farms, Food, and Jobs Act would require the USDA to provide the same crop insurance and revenue benefits to local food system producers that are afforded to farmers growing commodity crops. These changes would add a pittance to our federal budget, while strengthening rural economies, creating new jobs, and making healthy, locally sourced food more accessible to American consumers.

Bill Wenzel is a senior program associate at the Institute for Agriculture and Trade Policy. www.iatp.org
Distributed via OtherWords (OtherWords.org)