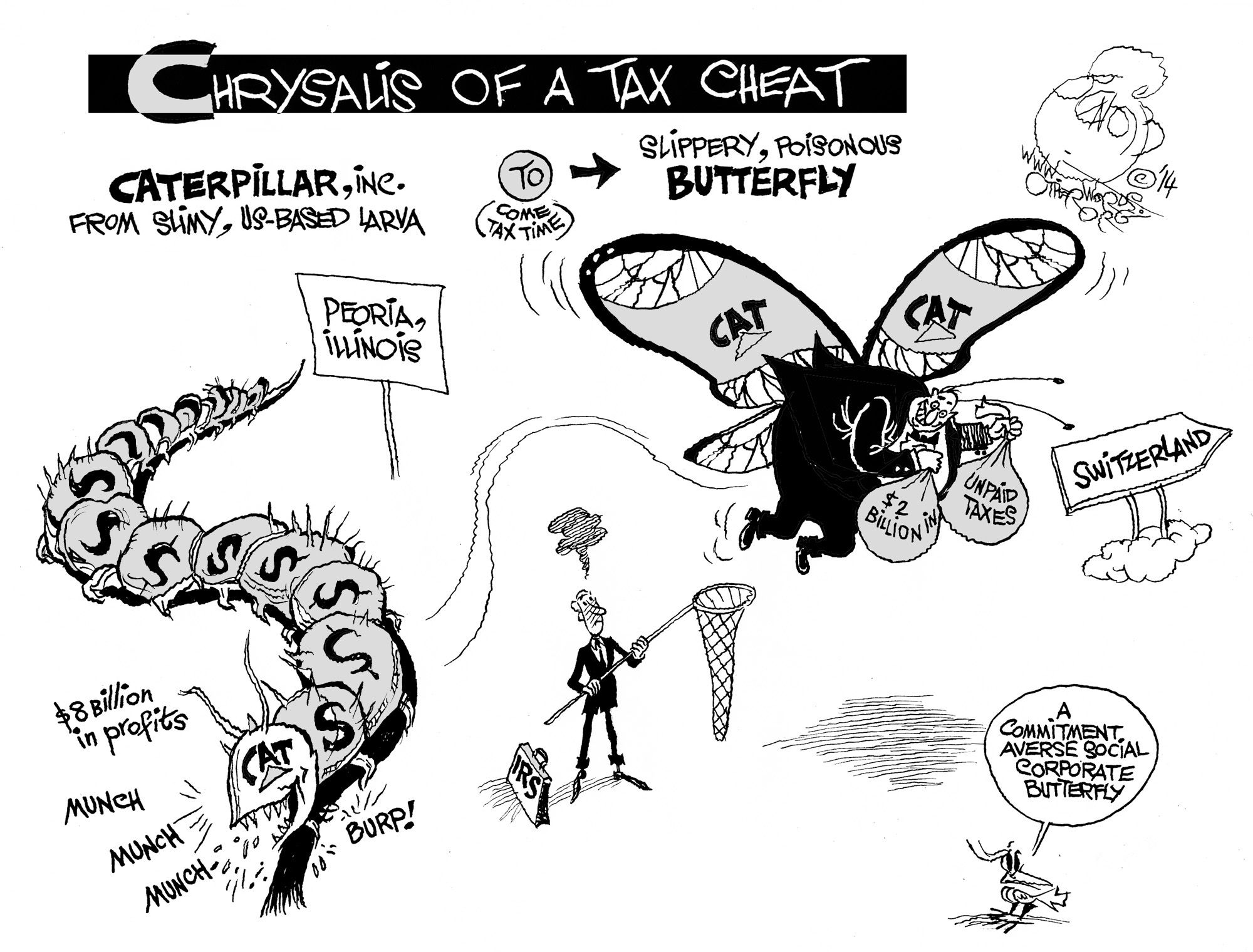 Caterpillar channeled 85 percent of its international parts profits into what amounts to a tax shelter.
By Jim Hightower | April 9, 2014

The dictionary defines the caterpillar as a “wormlike larva” and a “crawler.” Also, that “pillar” part of the word is derived from a French verb that means to “pillage, abuse, mistreat.” 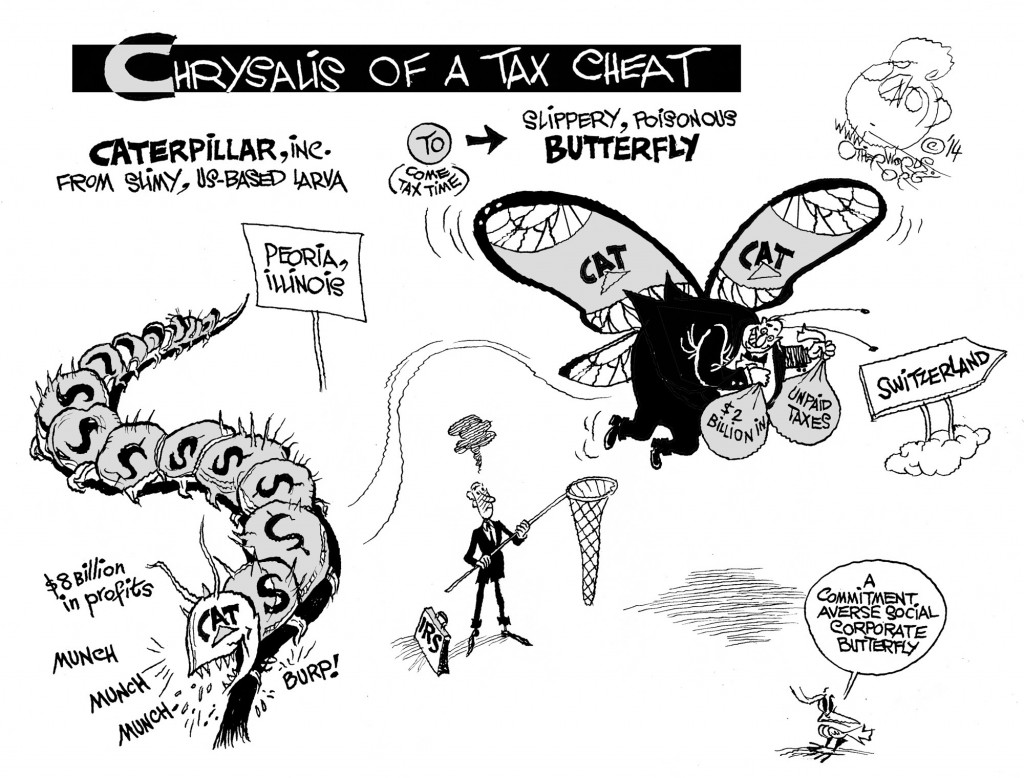 A recent report by the Senate’s Permanent Subcommittee on Investigations found that this wormlike behemoth has crawled through a tax loophole to abuse our public trust.

In recent years, Caterpillar has quietly shifted some $8 billion in profits gained from selling parts on the global market into a Swiss subsidiary in order to avoid paying more than $2 billion in taxes it owed to our country.

Even though this subsidiary has only 65 employees and neither makes nor sells spare parts, Caterpillar took advantage of a slick accounting maneuver that channeled 85 percent of its international parts profits into what amounts to a tax shelter.

Corporate officials tried to bluster their way through a subcommittee hearing, insisting that their offshoring of profits was merely meant to streamline the corporate flow chart.

It was “prudent,” said Caterpillar’s top financial officer, “to eliminate the unnecessary middleman” between the profits made on global sales and the paying of taxes on those profits. That’s “absolutely absurd,” said Sen. Carl Levin (D-MI), the subcommittee chairman.

Levin pointed out that the “middleman” she was referring to is Caterpillar itself. The Peoria-based heavy-equipment manufacturer designed, made, and sold the products — and the only reason it wormed its profits into a Swiss subsidiary was to cheat on the tax bill it legitimately owes in its home country.

When you hear right-wingers say that America doesn’t have the money for infrastructure repairs, poverty programs, etc., here’s something to remember. Giant corporations based in the United States, including Caterpillar, have hidden some $2 trillion of their profits in slimy offshore wormholes.