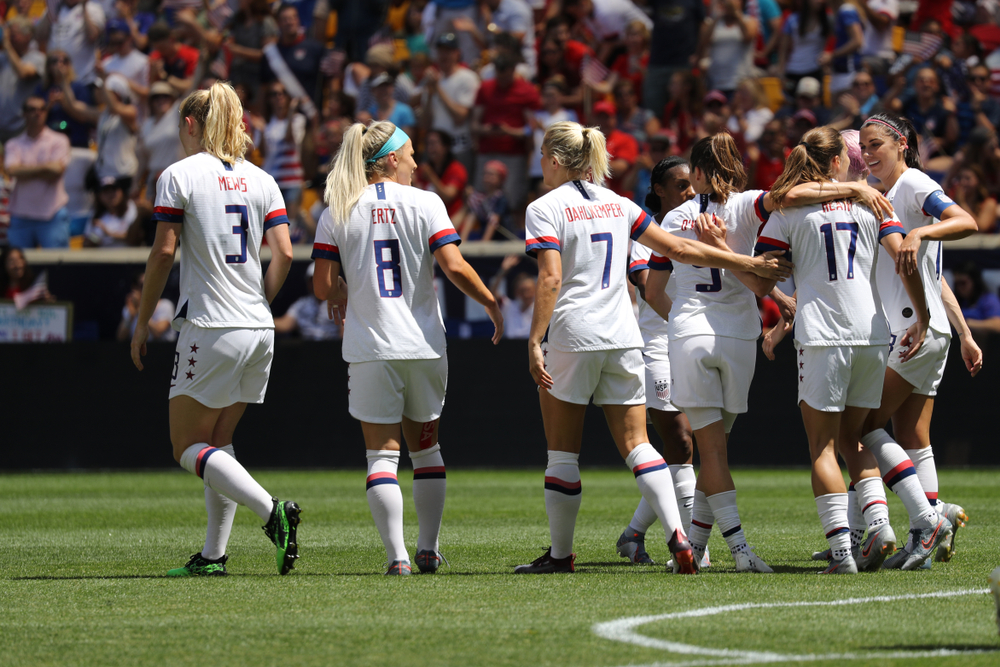 In soccer and in everything else, we need to pay America’s millions of underpaid women what they’re worth.
By Brian Wakamo | July 31, 2019

This summer the U.S. women’s soccer team handily won the World Cup — for the fourth time. They never trailed during the entire tournament.

They’re the most successful women’s soccer team on earth, but the future isn’t as clear as the past was.

Women’s soccer is gaining steam around the globe, with a number of debutantes at this year’s tournament. And with a European club soccer infrastructure finally investing in the women’s game, the United States cannot rest on their laurels. They have to up their own investment to keep on top of the game.

At the very least, that means paying the women’s team in equal measure with the better paid — and less successful — men’s team.

Right as the tournament ended, Budweiser announced a historic sponsorship of the still-young National Women’s Soccer League. Proctor and Gamble, sponsor of the women’s team through their Secret deodorant brand, announced a donation of $529,000 to the national team to help equal their pay.

And Democratic Senator Joe Manchin of West Virginia introduced a bill that would prohibit the use of any government funds to pay for the 2026 World Cup until pay equality was achieved in the U.S. national teams.

These kinds of steps are vital and important to move the needle here in the States. But until the team gets complete and full pay equity and equal treatment by the U.S. Soccer Federation, inequality will still be the underlying message of soccer in the United States.

But let’s not forget about working women who don’t play soccer. Indeed, we see this kind of gender inequality throughout society.

Women are still paid only 82 percent of what men are paid, and make up a much smaller percentage of high earners in America. As Representatives Ayanna Pressley and Pramila Jayapal recently pointed out, women also make up a disproportionate amount of low-wage workers in this country.

In sports, we’ve skated by in the U.S. thanks to programs like Title IX, which allowed for college soccer to become a hugely lucrative talent pipeline for professional soccer, even with this inequality. It’s allowed for us to win four World Cups and create international superstars.

But in order for us to fully achieve our potential — in soccer and in everything else — we need to pay America’s millions of underpaid women what they’re worth.

In a time where our men’s team fails to even make the World Cup, why aren’t we celebrating our winners more? There’s nothing more American than wrapping ourselves in the flag and touting our own excellence in an occasionally cocky way.

This time, let’s tout our own excellence by investing in our women’s national team — and in every woman in this country.