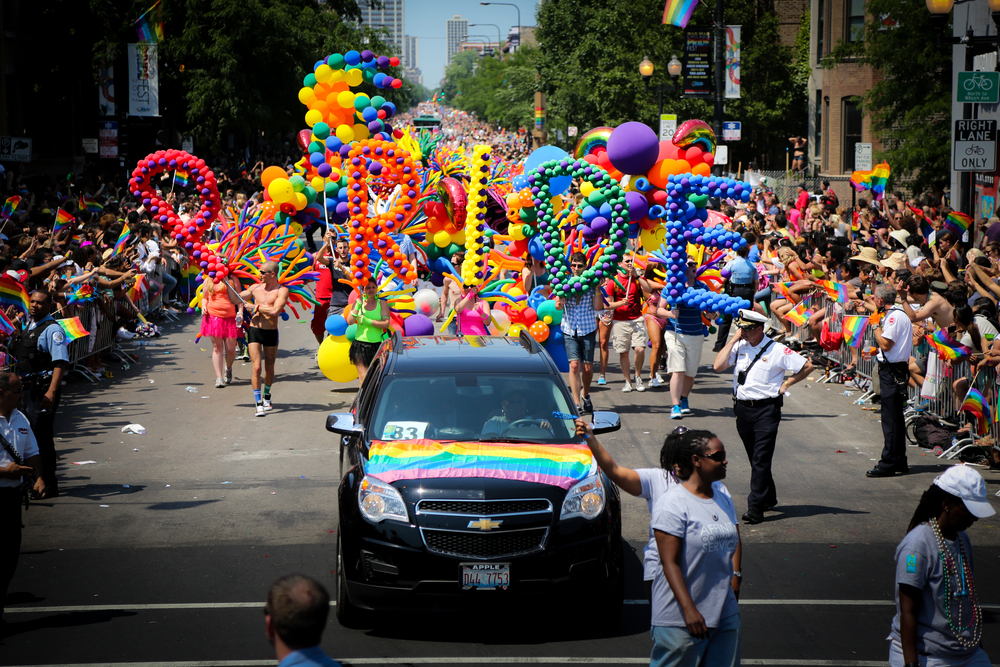 Inequalities in our broader society also occur in the queer community.
By Jill Richardson | June 4, 2019

Happy Pride month! It’s June so it’s time to bust out the rainbows and… actually, I have a lot of conflicted feelings about it.

Supposedly, Pride is when we all come together to celebrate queerness in all forms. Yet, we non-straights are not all the same, and many of us hold various overlapping identities (like trans women who are also lesbians, or queer people who are also people of color).

While there’s greater political power in pooling together in unity to fight for all of our rights, it’s difficult to negotiate unity within such a heterogeneous group.

Within the LGBTQ+ community (an acronym that gets longer as more communities make their presence known), we’re not all on the same journey. As a woman attracted to other women, and fully at home in my assigned gender, my journey looks a lot different from folks who’ve had to fight to have their very existence acknowledged.

Transgender people are fighting for inclusion and acceptance in a gender they weren’t assigned at birth. Non-binary people are working to live outside the gender binary in a world that wants to give everyone only two options.

I support all these people while recognizing that their journey has been different from my own. Our need to come together despite our differences arises from our marginalization in a world dominated by heterosexual cisgender people.

The world they live in reflects — and was constructed to reflect — their own internal reality. Movies, books, music, laws, language, and every part of the world around them says that a person assigned female at birth will grow up as a woman and fall in love with a man.

For those of us for whom that isn’t true, we gain strength in numbers when we band together. However, within the queer community, some groups are marginalized more than others, and other parts of our identity do not fade away.

The dominance of men over other genders, cisgender people over trans and non-binary people, white people over people of color, able-bodied people over disabled people, and rich and middle class people over the working class and poor continues even within the LGBTQ+ community.

Our challenge, when we come together to fight for our rights, is to remain sensitive to our other differences, and to avoid perpetuating the further marginalization of those who are not white, cisgender, able-bodied, middle class gay men within the broader queer community.