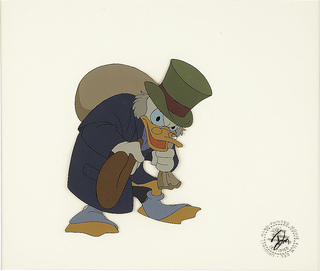 Celebrating the Season without Worshipping Consumerism

You can be a Scrooge when it comes to holiday shopping and still be generous.
By Jill Richardson | December 4, 2013

The holiday traditions are starting already. Here’s mine.

My mom called me because she found a great deal on a paring knife at Williams Sonoma. Do I want it?

I assured her that I’m getting along fine with the knives I have but thanked her for the thought.

And I have to commend her, because this year’s offer was more sensible than last year’s. Last year she found a Wusthof Santoku knife on sale for $55 (down from $100), and I turned that down too because I’ve already got the exact same knife. So did she, but it was such a great deal, she got a second one.

It must be a side effect of the turkey dinner. Maybe it’s the tryptophan. As Thanksgiving comes to a close and we’re taking our last bites of pumpkin pie, it happens. Our brains turn off, our credit cards come out, and we’re ready for our annual pre-Christmas shopping sprees.

And here I am, like Scrooge, resisting the euphoric state associated with holiday shopping.

Maybe it was the Rana Plaza factory collapse in Bangladesh that killed over 1,100 garment workers. Or the recent speculation about the role the climate crisis played in Super Typhoon Haiyan, which killed more than 5,600 in the Philippines. Or the recent UN climate change summit in Warsaw, where the world (once again) came together and decided to do nothing.

I ate the turkey on Thanksgiving, but I’m determined to be smarter than a turkey while shopping.

iPads dipped to $299 at Best Buy, and the first shoppers also got $100 Best Buy gift certificates with their purchases. That’s a great deal. But I don’t need an iPad, nor does anyone on my gift list.

And I worry about the mining of coltan, an ore used in cell phones, tablets, and computers that’s often mined in horrible conditions in the middle of the war-torn Democratic Republic of Congo. And the end of life for our e-waste is no prettier.

I’m as guilty as any of us, with my cell phone and my laptop. But the least I can do is use them as long as possible and avoid buying new gadgets I don’t need. Sorry, retailers. I won’t be doing much to boost your fourth-quarter earnings this year.

That doesn’t mean that we shouldn’t give gifts or buy presents or enjoy the holiday season. For me, the best gifts commemorate what’s special in my friendships and relationships. That means the gifts I give might be quirky (I’ve even given a jar of mustard as a gift) but they’re always meaningful to the recipient.

Another goal: Give business to those who are doing good in the world.

Buy fair trade and organic coffee, purchase local and organic food, and choose locally made artisanal products. Bake or create something yourself. Or give your friends and loved ones experiences, like a gift certificate for yoga classes or a massage.

It’s a bit harder when kids are involved, of course. Your average 6-year-old doesn’t understand what’s wrong with commercialism. And kids seem to want the most heinous things, with names like Squinkies and Zhu Zhu Pets.

It’s important to validate a child’s opinions, and that might mean giving them at least some of what they want, even if it’s a herd of Squinkies. But additionally, how about something educational? Or creative? Maybe something to promote exercise, like a bicycle or a baseball mitt, will work.

This year, don’t be a turkey. Ask yourself: Do I really need it? Does anyone? How was this product produced, how long will it last, and what will happen when it’s worn out?

My mom called back a few days after she first checked in with me about that gift I’d declined. “I’ve been thinking about it,” she began in a really serious tone of voice. She decided I need to have this paring knife and that she must buy me one. I just laughed and said fine.