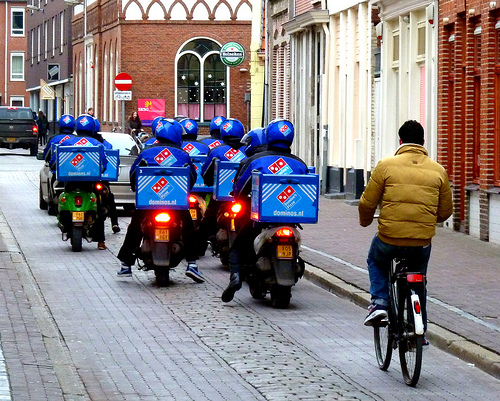 A New Front in the CEO Pay Wars

State lawmakers are starting to say no to executive excess.
By Sam Pizzigati | May 28, 2014

Have you heard about Domino’s Pizza CEO J. Patrick Doyle? He pocketed $43 million over the last three years running an operation that stiffs low-wage workers and rakes in taxpayer subsidies.

That news prompted the New York Post to open its coverage with a rather brilliant quip: “Hey, J. Patrick Doyle, save some dough for the pizzas.”

Almost every day, the headlines remind us how outrageous CEO pay in America has become. Will these outrages ever end? 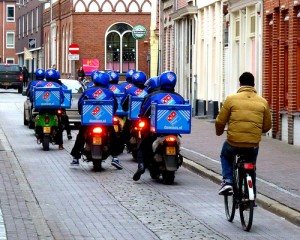 On Capitol Hill, lawmakers in Congress give us no particular cause for optimism. But at the state level we actually may be in for a pleasant political surprise. Two new imaginative state proposals are now seeking to leverage the power of the public purse against executive excess. In California, lawmakers are zeroing in on how government taxes. New legislation pending in Rhode Island targets how government spends.

Corporations in California currently face an 8.84 percent tax on their profits. The DeSaulnier-Hancock legislation would raise that rate to 13 percent for companies that pay their top execs over 400 times what their typical workers are making.

The same legislation lowers the state corporate tax rate to 7 percent on companies with a CEO-worker pay divide less than 25-to-1. Under the bill, all firms with a ratio under 100-to-1 would end up with a tax cut, all above that ratio with a tax hike.

Back in the 1970s, few firms in California or anywhere else in the United States paid their top execs over 25 times what their workers were making. And today? The AFL-CIO has just reported that major U.S. corporate CEOs last year averaged 331 times the pay that went to America’s workers.

Top execs would have a third option as well. They could try to game the system by contracting out their lowest-paying jobs to reduce the gap between their company’s highest and lowest paychecks.

But the California legislation covers this possibility. The bill raises by 50 percent the tax rate on any corporations that increase their outsourcing.

The DeSaulnier-Hancock legislation has made it through a key California Senate committee. But final passage will take a heavy lift. The bill needs a two-thirds legislative majority.

In Rhode Island, Senate Bill 2796 would give preferential treatment in state contracting to companies that pay their highest-paid executive no more than 32 times what their lowest-paid employees take home.

“We need to give companies the incentive to do the right thing,” the freshman senator told me earlier this month.

The Rhode Island legislation has already won the support of key state legislative leaders. Those senators not yet on board, notes Rumsey, fear “ruffling business feathers.”

Her message for the hesitant: Corporations that lavish pay on top execs and underpay workers are forcing low-wage families to draw on government social service programs. These corporations are costing state taxpayers millions.

All levels of government in America today, advocates for the Rhode Island bill point out, already deny contracts to companies that discriminate by race or gender. Our tax dollars, Americans believe, shouldn’t be subsidizing racial or gender inequality.

The Rhode Island bill extends this consensus. Our tax dollars shouldn’t be subsidizing economic inequality either.