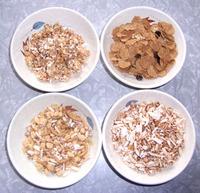 Remember when “natural” meant things like blue sky, green grass, and food you could trust to be good for you?

Thanks to corporate greed, “natural” foods aren’t necessarily wholesome. Even when applied to granola, the term often signifies mere marketing hype aimed at separating health-conscious consumers from their hard-earned dollars.

Contrary to consumers’ reasonable expectations, many “natural” processed foods contain plenty of artificial ingredients, such as pesticide residues and neurotoxic solvents. Yet they cost the same or, in some cases, more than organic food.

Consumers purchasing Mother’s, Kashi, Whole Foods’ 365, and other leading “natural” breakfast cereals are routinely subjected to deceptive and abusive marketing practices, according to a recent report from the Cornucopia Institute, the organic food and farming industry watchdog organization I codirect.

Unlike the organic label, the term “natural” on processed food packages is defined by the company using it. No government agency, licensed certifier, or other independent entity ensures the claim’s merit or meaning.

In contrast, breakfast cereals displaying USDA’s “certified organic” logo are produced under a strict set of verified standards. The label prohibits the use of petrochemical-based fertilizers, sewage sludge, synthetic toxic pesticides, genetically modified crops, and many other unappetizing additives that are increasingly common in processed foods.

Major food companies now rely on slick strategies to create the illusion of equivalence between the “natural” and organic labels. That tactic deceives consumers and crushes ethical farmers and companies in the marketplace.

One common marketing tactic is “bait-and-switch.” Some companies that started out organic, and built brand loyalty as a result, have quietly switched to non-organic ingredients and “natural” labeling with little to no change in their packaging or premium prices. Many, if not most, of their loyal customers may have missed this transformation.

For example, in 2008, the Peace Cereal brand switched from organic to cheaper industrial ingredients, without lowering its prices. Today the cereal, manufactured by Hearthside Food Solutions, is sold in natural food stores and mainstream grocers at prices above many organic alternatives that contain more expensive organic ingredients.

There’s a vast difference between organic and “natural” products made from conventionally produced grain using toxic pesticides. In some cases, companies charge high prices for “natural” products that even contain genetically engineered corn, soy, and other crops developed by Monsanto, the agribusiness giant.

For example, brands including Kashi (owned by Kellogg’s), Mother’s (PepsiCo), Barbara’s Bakery (Weetabix), and 365 (Whole Foods Market) contained high levels of genetically engineered ingredients (between 25 percent and 100 percent) — even though a number of these companies represent themselves as “non-GMO” to the public.

Similarly, pesticides that are strictly prohibited in organic food are commonly used to produce ingredients for “natural” products. The most common organophosphate pesticides were developed from World War II-era nerve gas. They’re not only deadly to insects. Scientists have found them to be harmful to humans, especially fetuses and children.

Increasingly, small-scale companies committed to selling authentically organic food must compete against giant multinationals such as Kellogg’s, PepsiCo, and Kraft Foods (which owns the Back to Nature brand) that deploy the “natural” label. When these corporations mislead consumers with deceptive marketing claims for their boutique brands, they rob business from companies, including many family-owned operations, that provide truly safe and healthy food for our families.

Debra Boschee, a consumer from Rapid City, South Dakota, wrote to us after reading the report. “It isn’t the things we know that scare us,” she said. “It’s the things we don’t know, such as what’s really in our food.”

Mark Kastel is Codirector of The Cornucopia Institute and a co-author of the report Cereal Crimes: How “Natural” Claims Deceive Consumers and Undermine the Organic Label—A Look Down the Cereal and Granola Aisle, www.cornucopia.org
Distributed via OtherWords (OtherWords.org)