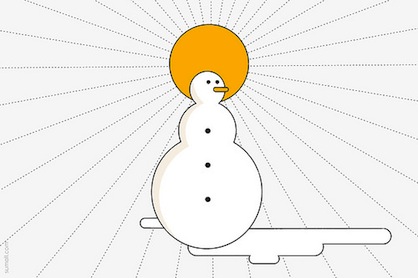 Changing our Climate of Indifference

Americans need to hear from the media about the climate crisis even if there's a shortage of cheerful angles.
By Jill Richardson | April 2, 2014

A new scientific report predicts more dire and irreversible consequences of the climate crisis than ever before.

“No one on this planet will be untouched by climate change,” declared Rajendra Pachauri, the chair of the Intergovernmental Panel on Climate Change, which the UN runs jointly with the World Meteorological Organization. 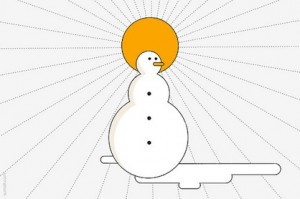 Even though it wasn’t news to me, I welled up with frustration when this news broke.

I have struggled with the exasperating realization that I have so little power to make the big changes needed to fix the problem. Sure, I can change my light bulbs. I even drive a Prius.

But I can’t make my city have better infrastructure for biking and public transportation, or put solar panels on my apartment, or influence the larger policy environment that impacts our climate much more than my light bulbs.

However, my discouragement runs deeper. I became a journalist to find and tell important stories. I didn’t go to Bolivia looking for a story on the climate crisis, but I found one when I got there.

In a million ways, the changing climate is ruining lives there: changing rain patterns, floods, mudslides, crop failures, and more. As if that wasn’t enough, reduced glacial melt in the Andes means decreased hydroelectric power. All of this is happening now.

My research later led me to Kenya, where the effects of climate change were just as shocking.

Why should things that happen half a world away matter to us? Our link to their misery is simple: The United States has arguably benefited more from industrialization and greenhouse gas emissions than any other nation on earth. People in these far-flung places are suffering for it.

That won’t matter to some people, so I’ll add this: Violence, instability, and disease don’t have borders.

In Kenya, I met Andrew Githeko, a scientist who has documented how malaria has already moved to new areas as the climate warms up. The people in these places have no immunity to the disease. When an epidemic occurs, as Githeko put it, “the bodies pile up.”

Newer projections find that the changing climate will jeopardize the world’s ability to produce enough food for everyone on Earth. And the problems already hitting the tropical areas I’ve visited could be a harbinger of what’s to come here at home in the coming years.

Trying to tell these stories as a journalist makes me sometimes wonder why I even bother. I’ve been told flat out by editors that their readers are burnt out on depressing climate crisis stories. They don’t want to print a story that contains nothing but bad news.

Since readers would presumably prefer a hopeful story about the climate crisis, they suggest that I find an inspiring angle. Like how someone is adapting to the changing climate.

Entertaining readers is not my job. I became a journalist to tell people what they need to know. But it seems most publications are more interested in what sells than what’s important. Like that story about how a 10-foot Australian snake ate a crocodile. The images were absolutely captivating, but it’s not important news.

I wish there were more happy and hopeful angles to the climate crisis. The climate story is, and always has been, a huge bummer. Or, as Al Gore says, “an inconvenient truth.”

Journalists aren’t entertainers, and the media has a duty to inform the public about what they need to know. Perhaps if more reporters had done their job right from the start, we would have made the changes we needed years ago. Had that happened, maybe the latest reports on climate change would instead describe how we dodged a bullet.