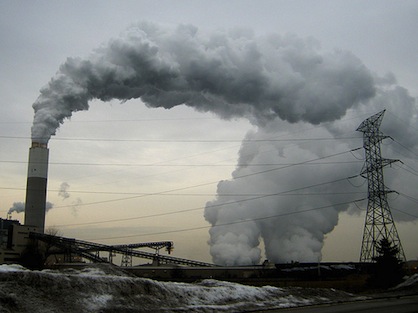 Cleaning Up Our Portfolios

A new movement is putting pressure on people and institutions to dump their investments in dirty energy companies.
By Emily Schwartz Greco, William A. Collins | June 5, 2013

Climate change may one day cause us to run low on food. Scientists don’t like to talk about it, but there’s a chance that the disruption we’ve caused by burning fossil fuels may even render life on Earth no longer viable for the human race.

Sure, that sounds grim. To cheer up think about this: No matter how hot it gets, this planet will never run low on clean energy. 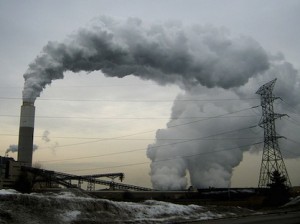 The relentless sun will shine long after we’re all gone, the wind will always sweep across the plain, and the planet’s molten core seems good for at least a few more million years.

What’s wrong with these socially responsible and plentiful power sources? They offer too few quick bucks.

This is awkward because the big corporations that dominate the energy industry run on quick bucks. Big Energy generally prefers coal, oil, gas, and nuclear reactors.

Even today, when there’s no longer doubt that fossil fuels destroy our environment, the companies exploiting them continue to prosper and remain popular with investors.

Furthermore, as the ongoing nuclear train wreck in Japan makes plain, the deadly hazards of radiation are reason enough to stop building new reactors and retire the old ones.

Some countries grasp what’s at stake. Germany is zooming toward a fully renewable-energy economy. Iceland, with its geothermal advantages, is already there. Even Nicaragua, the second-poorest nation in Latin America, is working hard to end its dependence on dirty fuels.

Here in our own shortsighted land, President Barack Obama’s new Energy Secretary Ernest Moniz has deep Big Energy ties. He thinks that nukes and fracking are just swell and believes in “clean coal.”

Some actual clean energy progress is happening here in spite of Uncle Sam’s intransigence. Wind power is on the rise in many states, especially California, Texas, Iowa, Illinois, and Oregon. Solar power is ascendant too, with the installation of photovoltaic capacity increasing by 76 percent in 2012. California’s the top state for solar too (surprise), followed by Arizona, New Jersey, Nevada, and North Carolina. California also derives nearly 5 percent of its electricity from geothermal generation.

While Obama loves all this clean energy stuff, he can’t seem to grasp the extent of the damage the fracking boom is causing or get uranium off his mind. The Energy Department wants dozens of mini nuclear reactors to be built all over the country. If all goes according to this plan, we’ll see 20 new reactors a year coming on line by 2030 and 50 every year by 2040.

Meanwhile, we still don’t know what to do with the spent nuclear fuel from the 104 reactors we already have.

Don’t expect Wall Street to finance any of these power plants without the government promising to pay all the bills if things go wrong. If a reactor melts down or unleashes a radioactive cloud, it will cost a fortune to clean up the mess. That’s why the free market’s not going to pay for nukes without Uncle Sam’s help.

Yet the market is where the action is on the climate change front.

Fed up with our government’s failure to take game-changing steps to break our dependence on fossil fuels, climate activist Bill McKibben’s 350.org is spearheading a widespread fossil-fuel divestment campaign. Inspired by the precedent set when South Africa ditched its apartheid regime — in part due to pressure from divesting investors — this movement is putting pressure on people and institutions to dump their investments in dirty energy companies.

“The idea is not that we can bankrupt these companies; they’re the richest enterprises in history,” McKibben wrote in the Guardian. “But we can give them a black eye, and begin to undermine their political power.”

You may not own any oil company shares or even any stock at all. But what about your church, university, or city? Most of this movement’s efforts are focused at getting these larger institutions to clean up their portfolios. You can learn more about climate divestment at GoFossilFree.org