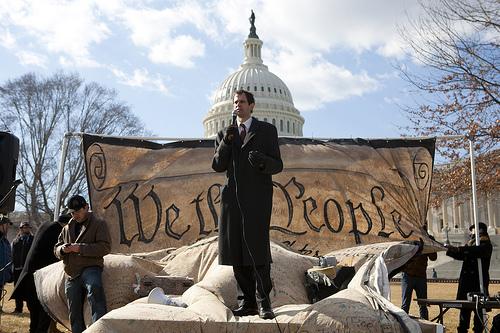 If there were ever any hope that the Supreme Court’s right wing would temper its assault on clean elections laws, that hope recently slipped away. In a five-four decision issued at the end of June, the Court’s conservative majority — the same five men who issued 2010’s Citizens United ruling — reversed Montana’s century-old ban on corporate spending on elections without even hearing its defense.

In a move called a “summary reversal,” the Court — without even requesting briefs or oral argument — overturned the Montana Supreme Court’s 5-2 decision defending the state’s clean elections laws against Citizens United. In their two-paragraph opinion, the conservative justices strike a dismissive tone: “The question presented in this case is whether the holding of Citizens United applies to the Montana state law. There can be no serious doubt that it does.” 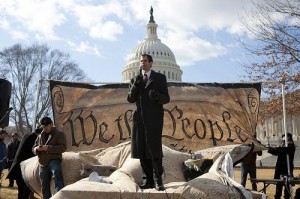 Rejecting Montana’s longstanding and considered judgment about the need to wall off its state-level elections from the corrupting influence of corporate spending, the Supreme Court sent a simple message: As long as a conservative bloc dominates the Supreme Court, Citizens United is here to stay.

Now that the Supreme Court has dug in its heels, there remain two options for Americans who want to prevent corporate money from corrupting elections. The first is to change the Constitution. The second is to change the Court. Or better yet — do both.

Both are difficult, but these days doing anything in Washington is hard. And both can, and have, been done with the backing of strong popular movements. The movement to amend the Constitution to get corporate money out of politics is large and growing. And as the Supreme Court hands down a barrage of high-profile decisions, voters are more and more aware that their choice of president in the next election will also be a choice for the future of the Court.

No one says amending the Constitution will be easy. It’s only been done 27 times in the nation’s history. But it was designed to be amended, and it’s entirely possible to do that. After all, it’s been amended 27 times before.

An amendment to reverse the Supreme Court’s fundamentally flawed decision in Citizens United is hardly a pipe dream. Already, 12 constitutional amendment resolutions have been introduced in the House and the Senate in the 112th Congress, and more than 250 local and state resolutions and ballot initiatives have been passed. This grassroots energy is grabbing the attention of public officials — over 1,700 have publicly declared their support for amending the Constitution. Nearly 80 percent of Americans say they’re on board as well.

Poll after poll shows that the majority of Americans intuitively agrees with former Justice John Paul Stevens’ blistering dissent to Citizens United: “While American democracy is imperfect, few outside the majority of this Court would have thought its flaws included a dearth of corporate money in politics.”

Stevens’ outspoken protest of the Court’s flawed reasoning in Citizens United also gives hope for the second strategy of doing away with corporate money in elections. Three other Supreme Court justices joined Stevens in rejecting the majority’s declaration that corporations have the same right to spend money to influence elections as people. There’s certainly no consensus on Citizens United in the Court, and the future of the decision hangs by a thread.

For now, the Court has claimed the last word on corporate spending on elections. But we have two viable and complementary approaches to overturning that claim. In the wake of the Supreme Court doubling down on Citizens United, it’s time for American voters to double down on protecting our democracy.

Michael B. Keegan is the president of People For the American Way. www.pfaw.org
Distributed via OtherWords (OtherWords.org)