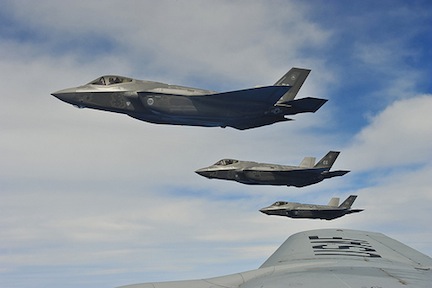 The Clear and Present Danger of Pentagon Contractors

The military's yes-sir culture serves the needs of deep-pocketed and wasteful companies.
By Emily Schwartz Greco, William A. Collins | January 15, 2014

Sticking with a longstanding tradition, these flicks often feature alien invaders. Another common strain portrays terrorist networks seeking to destroy or take over our peace-loving land. Domestic conspiracies like the Bourne films comprise another pillar of this blockbuster genre. 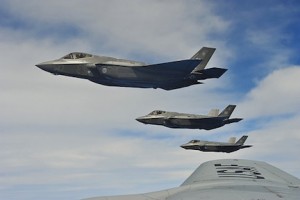 In 1998, HBO produced The Pentagon Wars, a cable TV movie starring Kelsey “Frasier” Grammer. This dark comedy stands out for its exploration of a non-imaginary national security threat.

The movie dramatizes how the Pentagon’s yes-sir culture serves the needs of the deep-pocketed private companies that manufacture weapons and military equipment, wasting tax dollars.

Largely absent from the big screen, this recurring story is a very clear and present danger.

All told, the government awarded Pentagon contractors $360 billion to vacuum up from public coffers in 2012. Their wares exert deadly force and the companies themselves deploy lots of political firepower.

Lockheed Martin, Northrop Grumman, General Dynamics, and their brethren are on a quest to sell Uncle Sam ever more costly weapons. Countless lawmakers, beholden to their campaign contributions, and lots of military brass, aspiring to get fat paychecks from contractors when they retire from the service, stand on their side — whether or not those weapons work or serve any useful purpose.

With the Cold War’s demise two decades behind us, these death machines have largely grown obsolete. But the absence of a discernible enemy seems to make no difference to politicians who aren’t giving up the fight for their production.

Take our tanks. The Army’s got about 2,300 M1 Abrams tanks, an outdated model developed by General Dynamics and originally inspired by our “need” to fight the Soviet Union in a land war. Another 3,000 are parked in a huge California depot.

In 2011, the Army began to tell Congress to stop wasting money refurbishing the old tanks. The brass would like to spend the bucks saved this way on a new generation of tanks.

And for three years in a row, Congress has kept stuffing money into the budget to keep refurbishing the old tanks. The support for keeping tanks — which the Pentagon says it doesn’t want or need — rolling off a Lima, Ohio assembly line is bipartisan.

Then there are our aircraft carriers. The Pentagon is testing a new prototype built by Huntington Ingalls, a former Northrop Grumman division, that’s supposed to replace the 11 we have currently scattered across the globe. At $12 billion apiece, you’d expect these nuclear-powered giants to do their job. But you’d be wrong.

Citing findings from the Pentagon itself, the Boston Globe recently reported on a host of problems. Among other things, the USS Gerald R. Ford has trouble launching and recovering combat jets. These aircraft carrier woes are eerily reminiscent of the Bradley Fighting Vehicle shortfalls that inspired The Pentagon Wars.

Then there’s the F-35 fiasco. The more than $1 trillion needed to build Lockheed Martin’s ill-fated warplane has made it a monument to military waste.

The F-35 is the world’s most expensive weapons system ever undertaken. Though its development began in 1996, none of these stealth fighters are deployed yet. Prototype test flights have revealed a multitude of technical glitches. Accounting for all the costs involved, the Pentagon plans to buy these warplanes for as much as $300 million a pop.

There are other weapons wasting our tax dollars. We blow at least $8 billion a year on unproven Star Wars or “missile defense” technology that’s out there futilely patrolling our skies.

After all those showdowns over the federal budget, isn’t it time to write a new script? Congress must stop squandering so many tax dollars on wasteful weapons peddled by Pentagon contractors.