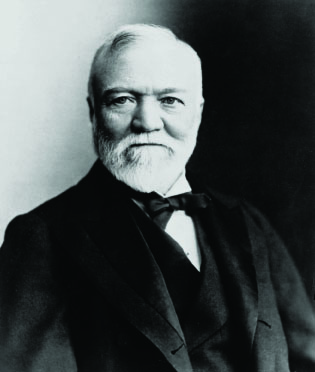 Billionaires are exploiting a tax break to pass their fortunes along to their heirs and laying the groundwork for dynasties.
By Chuck Collins | April 9, 2014

If our leaders want to balance the budget, here’s a suggestion: Congress can scrap a new “Paris Hilton” giveaway that’s draining billions of federal tax dollars.

This giveaway takes the form of a complex tax loophole designed to circumvent the federal estate tax, one of the few ways a democratic society can reduce extreme wealth inequality. 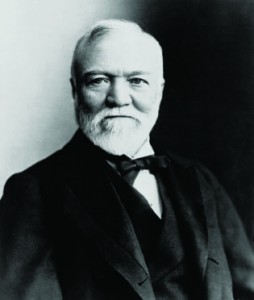 The estate tax is a levy on inheritances that multi-millionaires and billionaires leave behind when they pass away. It affects only the wealthiest two out of every thousand U.S. taxpayers — individuals with at least $5.34 million to their name, or $10.68 million for a couple.

Estate-tax levels have bounced around for decades. In 2013, the government officially pegged it at 40 percent, one of the lowest levels since 1930. The effective (real-life) rate paid by these deep-pocketed estates amounted to less than half of that.

Estate taxes have historically raised substantial revenue from Americans with the greatest capacity to pay. A century ago, President Theodore Roosevelt — who inherited and squandered a fortune of his own — joined with steel magnate and philanthropist Andrew Carnegie — one of the richest men in the world at the time — to support establishing the modern version of the estate tax.

TR and Carnegie shared a goal of slowing the build-up of wealth dynasties, which they believed would corrode our democracy.

Although they succeeded, their goal remains elusive. We’re living in a new period of increasingly extreme wealth inequality.

The wealthiest 1 percent of households now own over 38 percent of all private wealth and almost half of all financial wealth, such as stocks and bonds. And our political system is being corrupted by billionaire political contributions facilitated by a string of Supreme Court rulings that toppled key campaign finance limits.

Perhaps you can recall that howling a decade back that it was time to “end the death tax”? An organized group of the super-wealthy spent millions lobbying to save themselves billions. The heirs of Wal-Mart founder Sam Walton, whose combined wealth exceeds $100 billion, were among those clamoring against this supposedly unjust tax. The heirs of the fortunes left behind by the founders of Gallo wine and Mars candy joined the fray.

These scions of extremely wealthy families lobbied to kill the law. When they failed, they got to work on a plan B: gutting it. And America’s plutocrats prevailed.

The wealthiest 1/10th of 1 percent are no longer complaining about the estate tax because of a loophole Congress gave them. This loophole is big enough that even the richest Americans can dodge estate taxes before they pass away.

Take casino mogul Sheldon Adelson, who is worth $30 billion and recently made headlines by meeting personally with all the leading GOP presidential hopefuls in what the media deemed to be his own private primary. Using this loophole, he’s already given his heirs $8 billion. This tax-free down payment on their inheritance will cost U.S. taxpayers $2.8 billion in estate taxes down the line.

How did he do that? Adelson used a scheme called the Granter Retained Annuity Trust (GRAT) to shuffle assets in and out of 30 trusts in order to game his taxes down. Other early adapters to the GRAT loophole include Facebook’s Mark Zuckerberg, Goldman Sachs CEO Lloyd Blankfein, Dish Networks’ Charles Ergen, fashion designer Ralph Lauren, and multiple Walton family members.

Richard Covey, the lawyer who pioneered the loophole, believes the GRAT resulted in $100 billion in lost revenue since 2001, according to a Bloomberg News interview.

Not all wealthy Americans advocate dodging estate taxes. Bill Gates Sr. argues that those with substantial wealth in our nation have disproportionately benefited from the public investments and property protections our society makes.

This Tax Day, let’s demand that Congress close the billionaire tax loophole. By gutting the estate tax, it’s building massive dynasties that will make inequality in America even worse.

Chuck Collins is a senior scholar at the Institute for Policy Studies and co-editor of www.inequality.org. He is co-author, with Bill Gates Sr., of Wealth and Our Commonwealth: Why America Should Tax Accumulated Fortunes.
Distributed via OtherWords.org