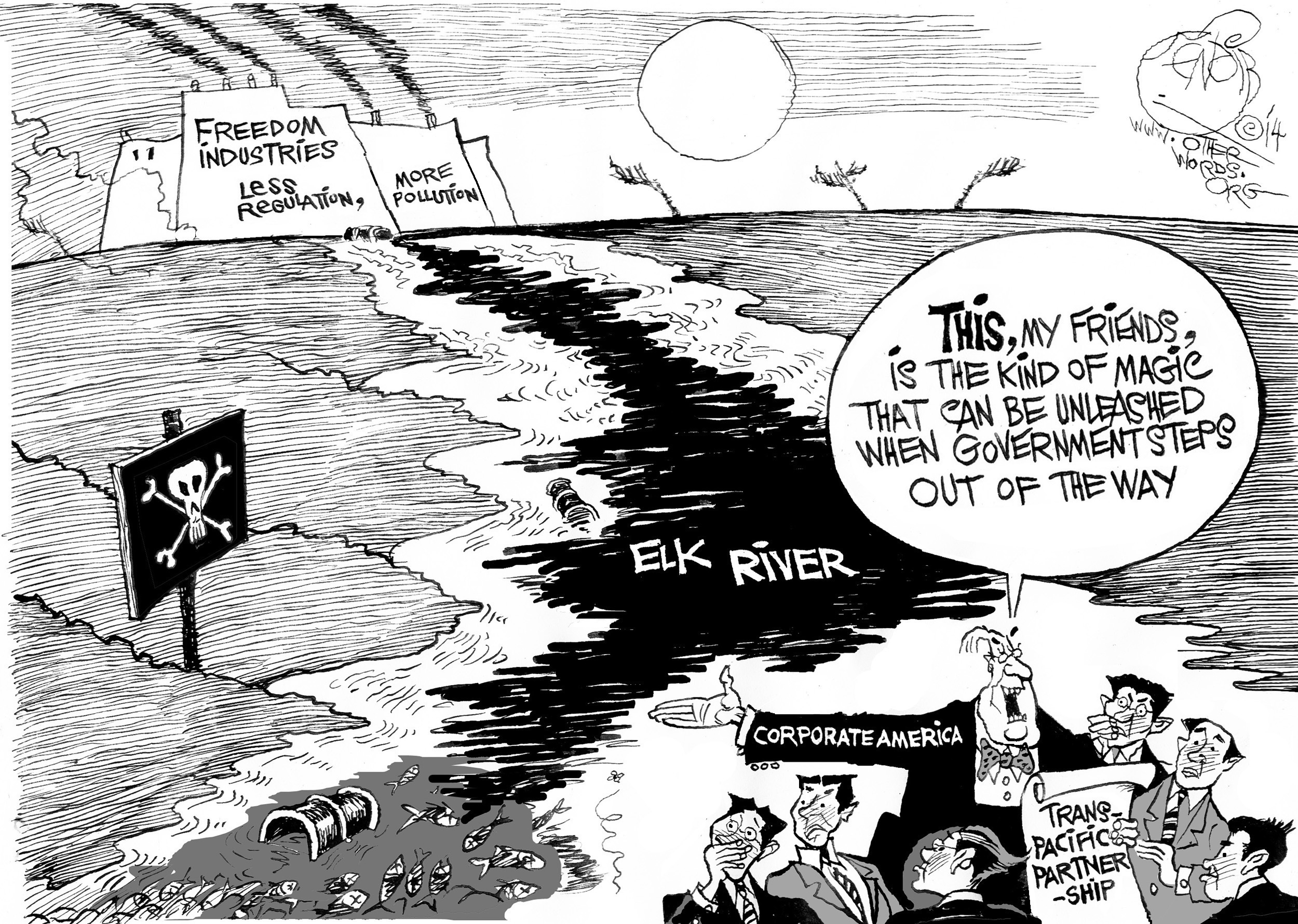 The Magic of De-Regulation, an OtherWords cartoon by Khalil Bendib

Another Chapter in Coal’s Trail of Pollution

The West Virginia chemical spill underscores why we need to do more to safeguard our water supply.
By Mary Anne Hitt | January 29, 2014

As a West Virginian, I have one question for you — is coal pollution in your water, too? The answer might surprise you.

Here in West Virginia, thousands continue to wonder whether their water is safe after a recent coal chemical spill just upstream from the state’s largest drinking water intake. Over a week after the spill — after the company revealed a second mysterious chemical leaked into the water supply for 300,000 people — our governor offered this pearl of wisdom to residents wondering whether to use the water: “It’s your decision.” 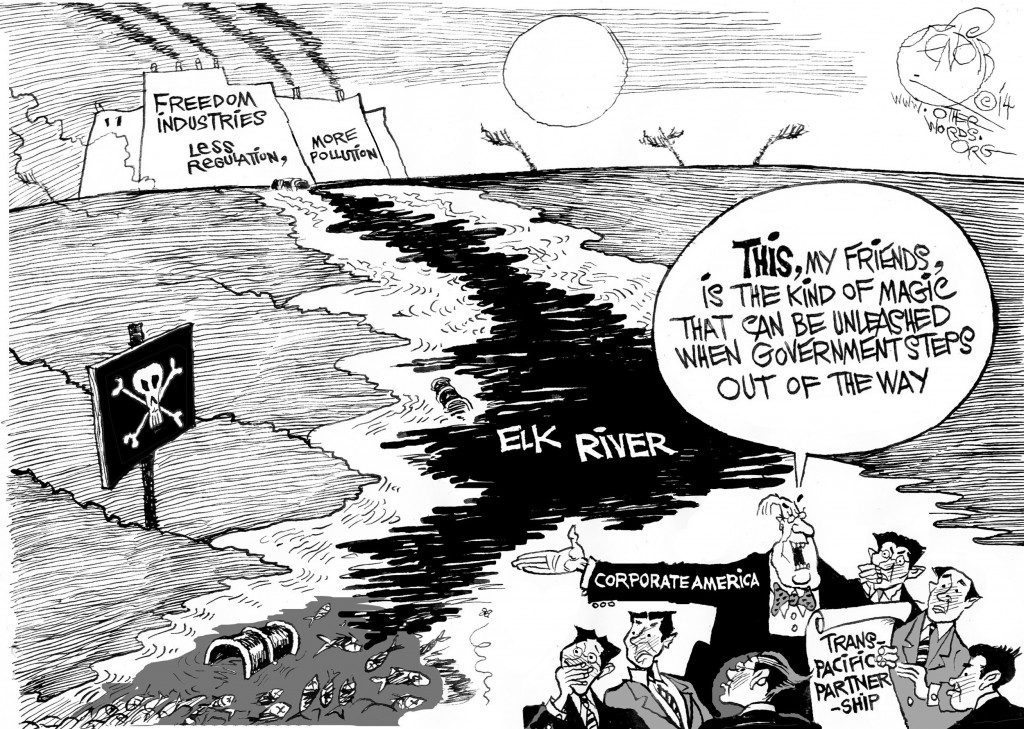 The Magic of De-Regulation, an OtherWords cartoon by Khalil Bendib

It’s a crisis, a tragedy, and an outrage. Those of you outside West Virginia may have seen the news about the spill and assumed nothing like this would ever affect you or your family. Well, you might be wrong.

This spill was just the latest example of how the coal industry is poisoning our water, thanks to glaring loopholes in the nation’s clean water protections.

The chemicals in this spill are used to process coal after it’s mined. After the coal is processed, this witch’s brew of water and chemicals is pumped into old underground mines or stored behind one of the hundreds of earthen dams that litter the Appalachian coalfields, some of which are larger than the Hoover Dam.

The EPA is currently working on draft protections against some of coal’s toxic water pollution, but those are under attack from the industry, while other coal water standards remain outdated and completely inadequate.

And here’s the damning detail from this important AP investigation: “Because these contaminants are released gradually and in some cases not tracked or regulated, they attract much less attention than a massive spill such as the recent one in West Virginia.”

Charleston isn’t the only major city whose waterway is affected. Here’s another example: The water supply for Charlotte, North Carolina is being contaminated by coal ash from Duke Energy’s coal plants, prompting the state to sue the utility.

Every year, the nation’s coal plants produce 140 million tons of coal ash pollution, the toxic by-product that remains after the coal is burned. This ash contains arsenic, selenium, boron, cadmium, mercury, and lead. All that ash has to go somewhere, so it’s dumped in the backyards of power plants across the nation, into open-air pits and precarious surface waste ponds.

Many of these sites lack adequate safeguards, leaving nearby communities at risk from potential large-scale disasters. This negligence, responsible for Tennessee’s massive coal ash spill in 2008 and other accidents, contributes to gradual yet equally dangerous contamination as coal ash toxins seep into drinking water sources or are blown into nearby communities.

Water is essential for life, so why are we allowing the coal industry to destroy this critical resource nationwide?

Thanks to hefty donations, King Coal has numerous elected officials at its beck and call. Americans are losing access to clean water, but these politicians continue singing the coal industry’s praises and demanding no enforcement of clean water standards, while actively fighting against new clean water protections.

Everyone has a right to clean water. But in more places than you might think, if you ask whether there is toxic coal pollution in your water supply, the surprising answer is yes. It’s time to make sure our water is safe, once and for all.

Mary Anne Hitt is the Director of the Sierra Club’s Beyond Coal Campaign. BeyondCoal.orgDistributed via OtherWords (OtherWords.org)