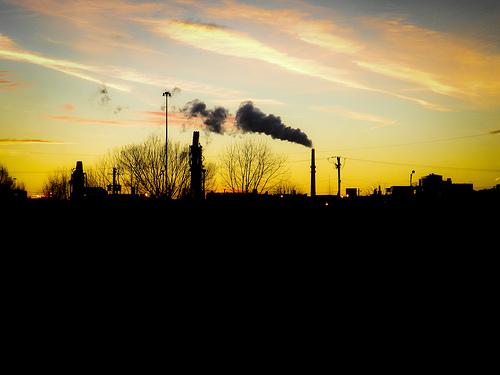 Many health care organizations have joined environmental advocates like the Sierra Club and the Natural Resources Defense Council in supporting a new EPA rule that would curb the deadly pollution spewed from the next generation of coal-fired power plants.
By Andrew Korfhage | June 11, 2012

Here’s some good news: the Environmental Protection Agency has proposed a new rule that would make coal-fired power plant operators clean up their act. It would block up to 123 billion pounds of carbon pollution annually from entering our skies by limiting emissions from next-generation power plants.

This new rule is a big deal. It’s the first time that the EPA has moved to limit the carbon pollution spewed from power plants. Spurred by the 2007 Supreme Court decision that affirmed the EPA’s duty to uphold the Clean Air Act, the rule will revolutionize the design of new U.S. power plants.

U.S. coal plants emit an average of about 1,800 pounds of carbon dioxide for every megawatt of electricity they generate. The EPA will require new plants to emit no more than 1,000 pounds. This means the operators of 22 proposed coal-fired power plants with construction permits now pending nationwide must figure out how to produce far less pollution if they want to move forward.

This rule would finally make the owners of coal-fired power plants stop polluting our air and water, which makes us sick. According to Physicians for Social Responsibility, coal pollutants “affect all major organ systems and contribute to four of the five leading causes of mortality in the U.S.: heart disease, cancer, stroke, and chronic lower respiratory diseases.” In fact, a 2009 report from the National Research Council of the National Academy of Sciences found that coal-fired power plants were responsible for about $62 billion in health care costs annually. Moving forward, power companies must begin to bear those costs themselves, or find a cleaner way of doing business. 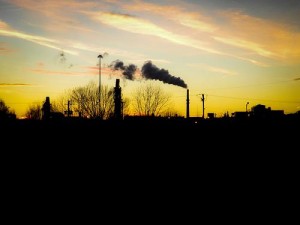 Yet many conservatives in Congress have banded together with coal companies and their lobbyists to fight against this rule.

The “EPA continues to overstep its authority and ram through a series of overreaching regulations in its attacks on America’s power sector,” said Rep. Fred Upton (R-MI), chairman of the House Energy and Commerce Committee.

Upton’s wrong. The energy industry won’t suffer if it innovates and embraces cleaner technologies. We all win when power companies shift toward cleaner renewable technologies like solar and wind — localized power sources that create good local jobs that can’t be outsourced.

And, despite a lot of “war on coal” hoopla, the rule places no new burdens on the coal plants that are already operational. It applies only to new ones. Far from ramming through the change, EPA’s action comes nearly a year late. Originally due to be released in July 2011, the rule was delayed by deliberations with the White House.

The EPA invites public comment on the rule — pro or con — through June 25. As of mid-May, the EPA had received more than 1 million comments in favor of the new rule-change, according to a coalition of groups supporting the change.

As EPA administrator Lisa Jackson said when announcing the rule: “Right now there are no limits to the amount of carbon pollution that future power plants will be able to put into our skies. We’re putting in place a standard that relies on the use of clean, American-made technology to tackle a challenge that we can’t leave to our kids and grandkids.”

Andrew Korfhage is Green America's online and special projects editor. www.greenamerica.org
To add your voice in favor of the rule, visit www.regulations.gov and follow the prompts for commenting.
Distributed via Otherwords (OtherWords.org)