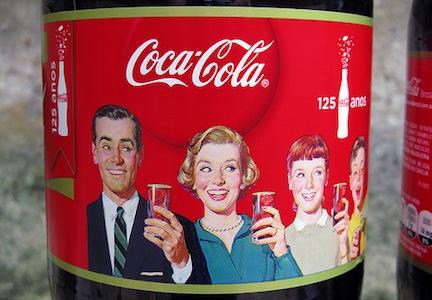 Leasing Out Integrity to Coca-Cola

The Academy of Nutrition and Dietetics, billed as the world's largest organization of food and nutrition professionals, leases out its integrity to the soft drink giant.
By Jim Hightower | December 31, 2013

Irony is dead. It has been garroted by reality.

For proof, check out the Beverage Institute for Health and Wellness. Sounds like a spa in Arizona where you might enjoy a cleansing regimen of aloe vera smoothies, doesn’t it? 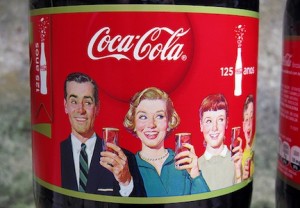 But, no, it’s a hokey “science” front owned and run by Coca-Cola. The world’s largest beverage purveyor wants you to be assured that none of its sugary, empty-calorie, or artificially-sweetened concoctions are a cause of obesity.

Hey, shouts Coke’s experts, three or more colas a day are simply part of an integrated, healthy diet — for children and adults alike.

“There is no scientific evidence that connects sugary beverages to obesity,” snapped a top Coke executive, adding that, “we don’t believe in empty calories.”

Oh, well, then — OK. But, in the off chance that you might want a more independent scientific source, try the Academy of Nutrition and Dietetics, billed as the world’s largest organization of food and nutrition professionals. But wait — while Coke doesn’t own that outfit, the academy does lease out its integrity to the cola giant.

Coca-Cola is listed on the academy’s website as a generous sponsor and “partner” in its scientific work. In fact, the academy certifies Coke’s Beverage Institute as an official provider of “continuing education” for registered dieticians.

How neat — a corporation that profits from peddling nutritionally worthless and health-endangering products finances the academic outfit that’s most responsible for educating Americans about healthy foods. And that academy, in turn, embraces the corporate fiction that sugary drinks pose no health problems.

That’s not irony, it’s shameful corruption. The cola itself isn’t the greatest cause of America’s obesity crisis. It’s the fatheaded ethics of single-minded corporate profit-seekers and their apologists.