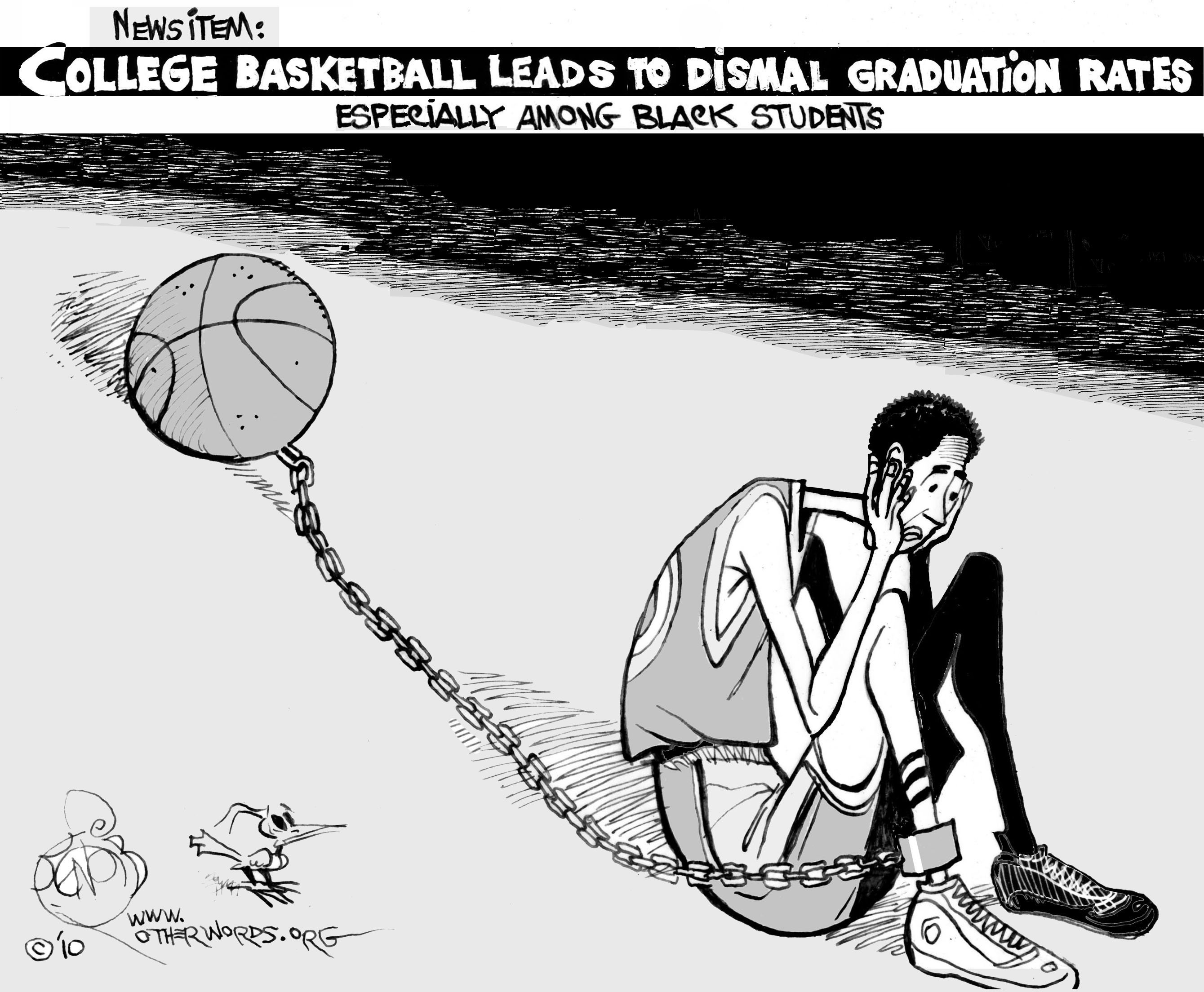 Too many colleges are putting big money sports over the education of their student-athletes.
By Marc Morial | April 19, 2010

Colleges prepare all year for the lucrative chance to send a team to the basketball championship tournament commonly known as “March Madness.” But, when it comes to making sure that student-athletes are academically prepared for the game of life, madness quickly turns to insanity.

Education Secretary Arne Duncan–who played for Harvard University–agrees. Recently, in response to the insanely low graduation rates in some college basketball programs, and the widening gap between degrees earned by white and black players, Duncan proposed that NCAA teams that fail to graduate at least 40 percent of their players not be eligible for post-season competition.

Duncan’s modest proposal cautiously moves the ball forward, but I’m suggesting a bolder play that moves us closer to a real victory. I propose that schools failing to graduate at least 80 percent of their athletes not only be ineligible for post-season play, but lose all of their athletic scholarships. Too many colleges are putting big money sports over the education of their student-athletes. 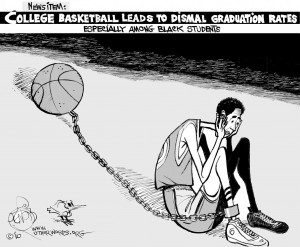 Yes, there has been a slight increase in graduation rates for basketball players in recent years, but the gap between graduation rates for black and white players is growing. Overall, 84 percent of white basketball players graduate, compared with just 56 percent of African-American players–a 28 percent gap that has grown by four points since last year.

This is an unacceptable disparity that reveals the urgent need for more academic support for black athletes. Low graduation rates for black players significantly worsen their chances of employment and self-sufficiency once their college playing days are over.

Education has always been the indispensable source of empowerment for African Americans. It’s even more important today as we prepare to meet the growing competitive challenges of the global economy. That’s why the National Urban League has issued a national challenge that every child coming of age be ready for college, work, and life by the year 2015. That includes scores of college basketball players who, properly prepared, have a better chance of becoming professional doctors, lawyers, or businessmen than stars in the NBA.

We need more schools like Georgetown, Duke, and Notre Dame, whose high graduation rates for both black and white athletes demonstrate they have struck the right balance between academics and sports. And as Duncan said, “We need more coaches like Eddie Robinson, the legendary football coach at Grambling, who used to walk through the dorm banging a cowbell before dawn to get his players up and out to class…80 percent of Eddie Robinson’s players, over a period of many decades, graduated.” By requiring all schools to meet Eddie’s 80 percent standard, we could go a long way towards raising graduation rates while keeping the madness and ending the insanity in college basketball.

Marc H. Morial is president and CEO of the National Urban League and the former mayor of New Orleans.