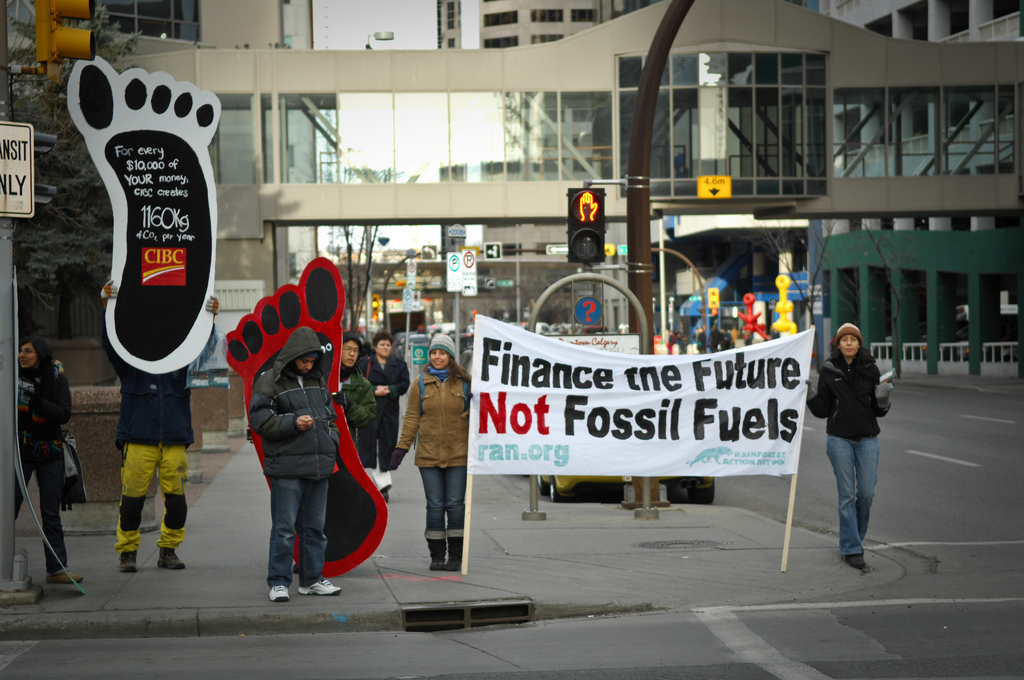 Concerned About Climate Change? Change Where You Bank!

Wall Street is destroying the planet with our own savings — so let's move them.
By Todd Larsen | April 19, 2017

At the end of April, hundreds of thousands of people will take part in the People’s Climate March in DC and around the country. The march will send a clear message that the majority of Americans understand that climate change is all too real — and they’ll continue to raise their voices until the government takes action.

The march is also a great way to inspire people to take action for climate solutions in their own communities — whether by calling their elected officials or speaking up at town halls, pushing their local and state governments to act, or working with schools and houses of worship to address the climate crisis without waiting for Washington.

If all that’s not for you, there may be an even simpler option: Move your money.

Many people might not realize that their savings may be working directly against efforts to address climate change. If you bank with any of the largest American banks — including Citibank, Bank of America, and Wells Fargo — then every dollar you put in to your checking and savings accounts is funding fossil fuel development across the country. 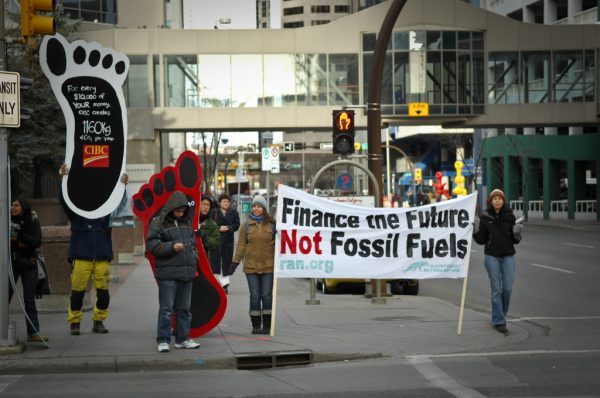 Many big banks claim that they understand the risks of climate change and promise to increase their investments in the clean energy economy. Over the next 10 years, Citibank pledges to invest $100 billion in clean energy. Bank of America says it’ll spend $125 billion by 2025.

But these are pledges, not actual investments. They can’t undo all the harm that these two behemoths are causing through past and current investments in fossil fuels.

Between 2013 and 2015, Citibank bankrolled coal-fired power plants alone to the tune of $24 billion. Over the same period, Bank of America invested at least $10 billion in coal power, $24 billion in liquid gas terminals, and over $29 billion in underwater, tar sands, and Arctic oil extraction.

And, while megabanks have started moving away from financing coal in wealthy nations like ours, they still bankroll coal in poor nations, where environmental regulations are weaker.

Ceres, a national nonprofit organization that mobilizes investors and business leaders to build a green economy, estimates that in order to keep global temperatures below catastrophic levels, we need to be investing $1 trillion additional dollars per year in clean energy. Against that, even the big banks’ multi-billion-dollar pledges are insufficient.

It’s not like the banks don’t know this. Citigroup itself estimates that the climate change impacts will cost us $44 trillion globally over the next 50 years.

So what can we do as average Americans? One thing we can all do is not let Wall Street destroy the planet with our money. There’s a growing movement of Americans moving their money away from megabanks and into community banks and credit unions.

And you can shift your other investments, like your retirement savings, to fossil-free mutual funds that invest in clean energy. You’ll get competitive returns, and you’ll know that your money is working for a cleaner world.

Todd Larsen is the executive co-director of Green America. Distributed by OtherWords.org.