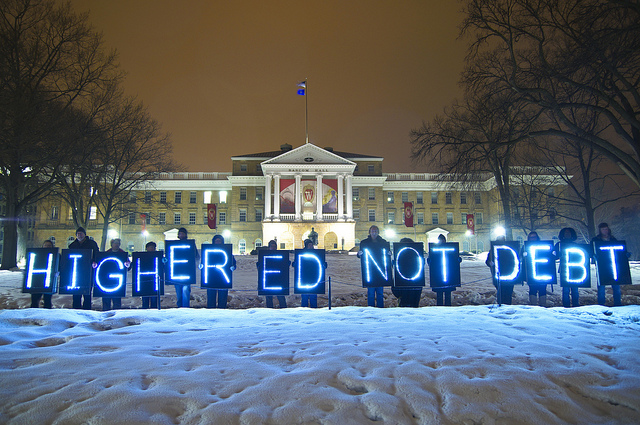 It’s that time of year again. Flowers are flowering, spring is springing, and across the country college graduates are graduating with their newly awarded degrees held high.

Also high is the mountain of student debt most of these recent graduates are taking on. All told, 44 million Americans now owe student debt — including 7 in 10 graduating seniors last year, who owe an average of $37,000.

If you’re not one of those tens of millions of people, you might’ve missed how out of control student debt has become. Total student debt is approaching $1.4 trillion, surpassing auto loans and credit card debt.

Between job searches and apartment hunting, post-graduate life is already stressful — and student debt makes it worse. The average monthly payment for borrowers in their 20s is $351.

If you’re making minimum wage, that’s 48 hours of work for your loans alone — never mind shelter and food. No wonder more than 4 in 10 have either stopped making payments or fallen behind.

There is nothing positive about student debt.

Many indebted graduates begin their work lives with damaged credit histories and greater economic vulnerability. They’re less able to start a business or work in public service. And they delay starting families and buying houses, which makes them less wealthy in the long run. 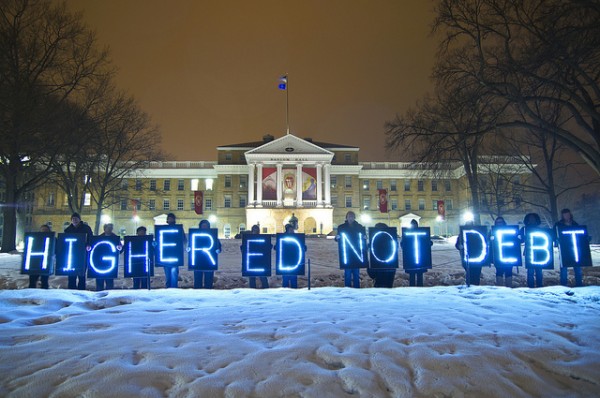 The only winners are the predatory loan servicing agencies.

One reason for the explosion of student debt is that states and the federal government have drastically cut education spending, forcing students and parents to pick up the costs. Public college spending is still $10 billion below pre-recession levels.

To make things worse, Trump’s secretary of education, billionaire Betsy DeVos, is reversing protections put in place by the Obama administration to protect student loan borrowers by regulating loan servicing companies and capping interest rates at 16 percent (at a time when bank loan rates are below 6 percent).

It shouldn’t be this way. And it doesn’t have to be.

Ask the millions of people who attended college between 1945 and 1975 and graduated with little or no debt. Millions of baby boomers paid tuition at the great flagship universities of this land just by working summer jobs. That wasn’t on a different planet — it was mere decades ago.

Some places are experimenting with new models. At the city level, San Francisco has taken the lead by creating a free tuition program for anyone who’s lived in the city for at least a year, regardless of income. It’s funded by a voter-approved tax on properties worth over $5 million.

At the national level, Senator Bernie Sanders and Representative Pramila Jayapal recently introduced the College for All Act, a plan Sanders got into the Democratic platform last summer. It would eliminate tuition and fees at public universities for those with incomes under $125,000 — all paid for by a small sales tax on Wall Street trades.

These ideas could mean a brighter future for students to come. But what about for those already crushed by debt?

It’s time for the 44 million student debt households to flex our muscles and demand change.