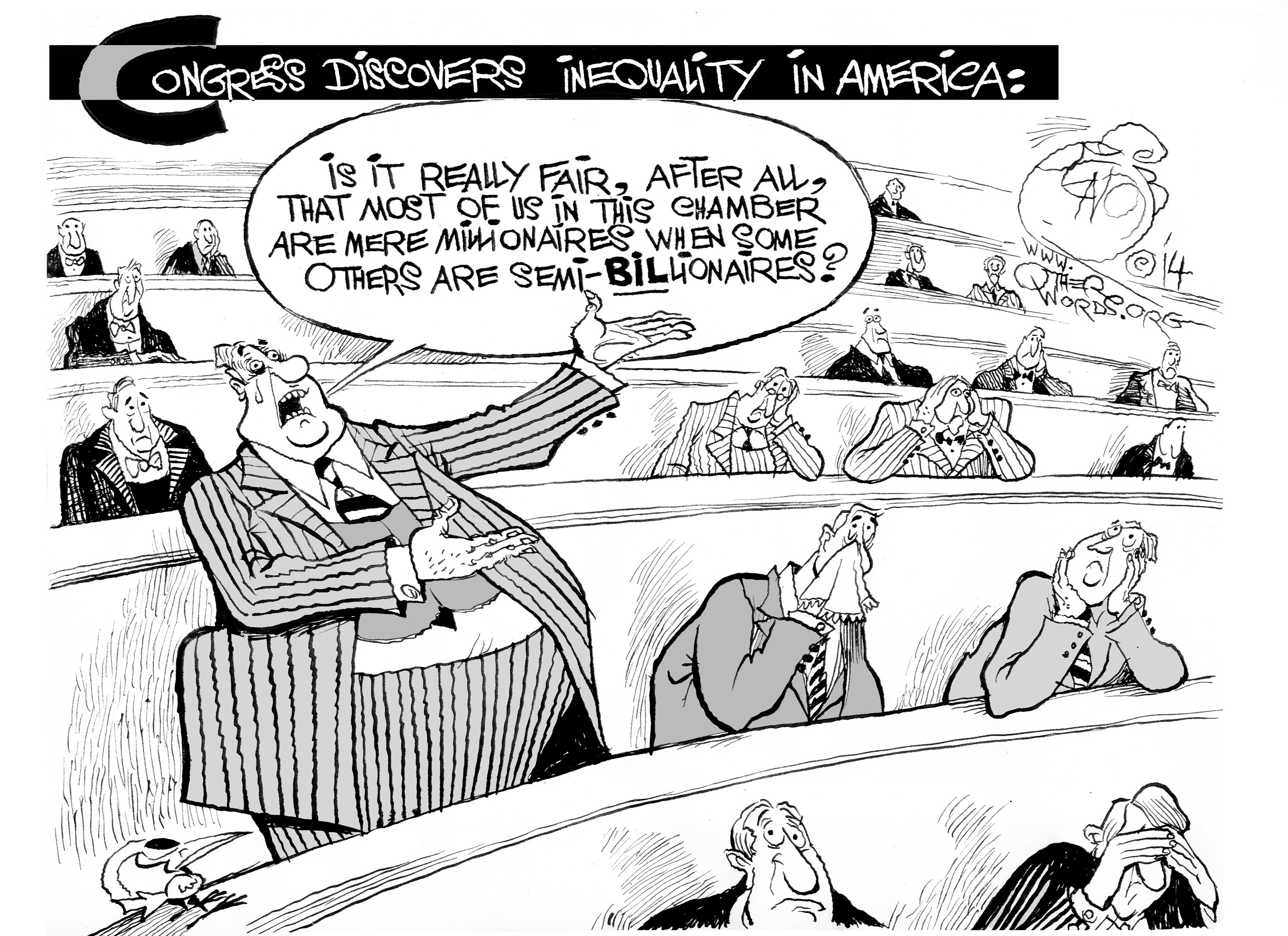 Lawmakers Are Free Not to Become Narcissistic Jerks

Some millionaires in Congress rise above their financial handicap.
By Jim Hightower | January 22, 2014

Mark Twain spoke for me when he said: “I’m opposed to millionaires, but it would be dangerous to offer me the position.”

One danger that such wealth brings is that many who have it become blinded to those who don’t. Thus, the news that more than half of our Congress critters are now millionaires explains why it has been striving ceaselessly to provide more government giveaways to Wall Street bankers and other super-wealthy elites, while also striving to enact government takeaways from middle-class and poor families. 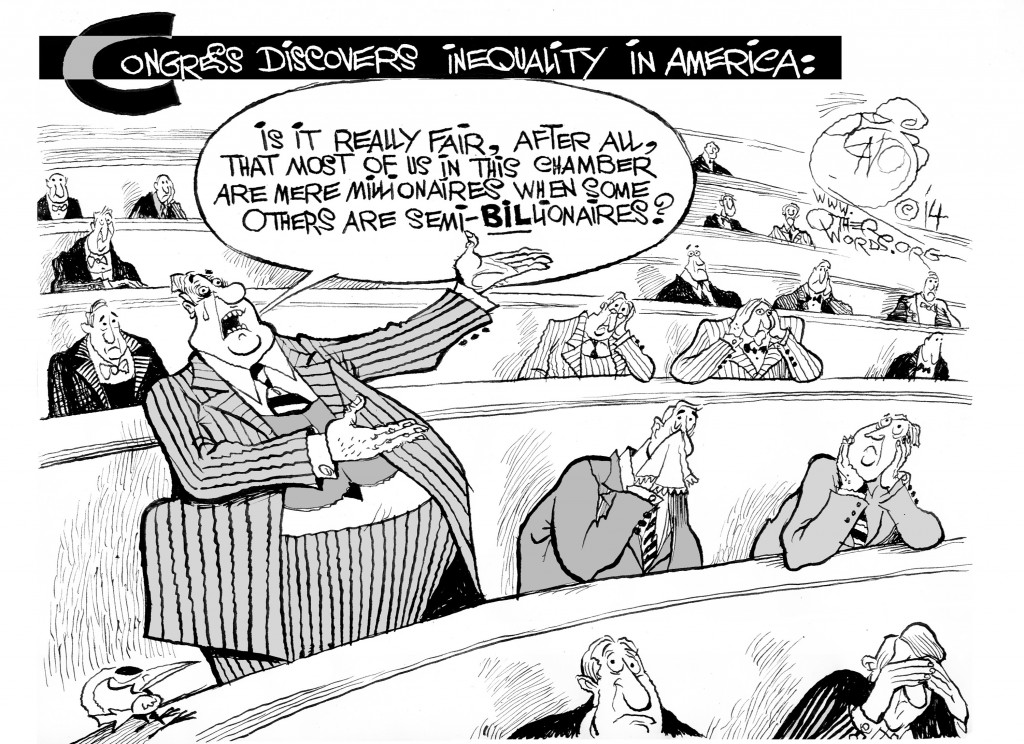 Take the richest House member, Rep. Darrell Issa, with a net worth of $464 million. A right-wing California Republican, he has used his legislative powers to try denying health coverage to poor Americans, even as he tried to unravel the new restraints to keep Wall Street bankers from wrecking our economy again.

Issa and his ilk are proof that a lawmaker’s net worth is strictly a financial measure, not any indication at all of one’s actual value or “worthiness.”

I hasten to note that many millionaires in America have been able to rise above their financial handicap, serving the public interest rather than self or special interests. For example, when Rep. Chellie Pingree was elected to Congress in 2009, she was an organic farmer and innkeeper in rural Maine.

Definitely not a millionaire, this Democrat was a stalwart fighter for such progressive policies as getting corporate money out of politics, enacting Medicare for all, and reigning in Wall Street greed. But in 2011, Pingree married — of all people — a Wall Street financier and was suddenly vaulted into the ranks of the 1-percenters. So, naturally, her legislative positions changed…not one whit.

See, even in Congress, being a millionaire is no excuse for becoming a narcissistic jerk. Siding with plutocrats is not an incurable condition — it’s a choice.