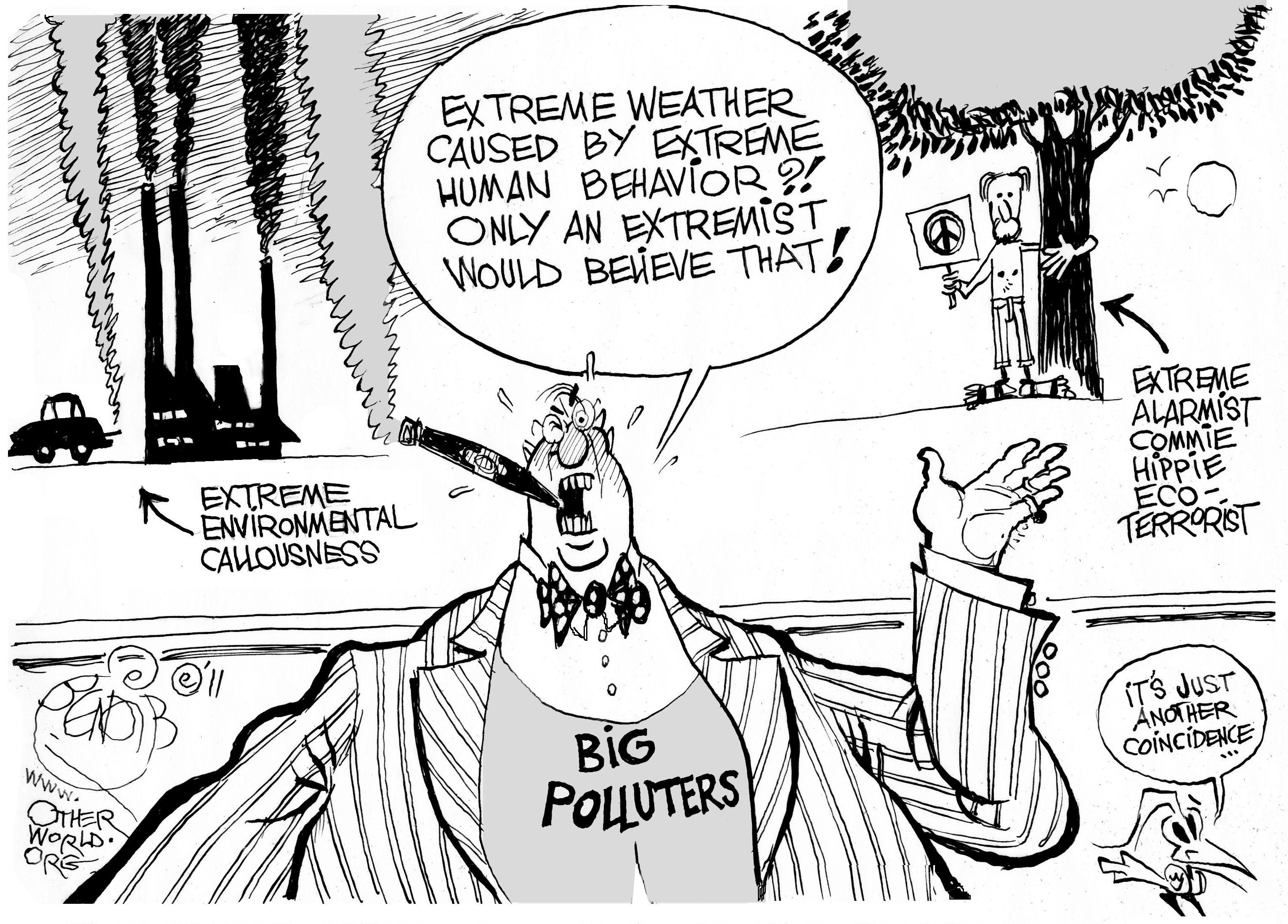 Talking about the weather isn't small talk any more.
By Janet Redman | July 18, 2011

I took a cross-country road trip in late June that became a race to outrun the triple-digit heat waves that have literally buckled highways between the Midwest and the East Coast.

The record-breaking scorcher was an apt send-off. As I weaved my way across the United States, I found the consequences of extreme weather everywhere I looked.

After the heat, the first sign of something unusual came in Iowa. There, every creek I crossed seemed to overflow its banks. Water pooled in cornfields.

By the time I reached Nebraska, radio advisories warning about bridges closed due to swollen waterways seemed routine.

Late one night, I pulled under an overpass between Sydney and Potter, Nebraska to find refuge from hail big enough that it cracked my windshield. There, I met an off-duty police officer who said he’s spending more and more time cleaning up after an increasing number of tornados and micro-bursts like the one we were trapped in.

Meanwhile, the drought-wracked southwest was blazing. New Mexico was experiencing the largest wildfire in state history, and an all-out battle was being waged by firefighters to steer the flames away from Los Alamos National Laboratory, where radioactive material for making nuclear weapons is housed. Now the concern is contaminated soil being washed into the Rio Grande by flash floods in deforested canyons. Fires in New Mexico, Arizona, Texas, Florida, Georgia, and Colorado are adding up to a record-setting wildfire season. 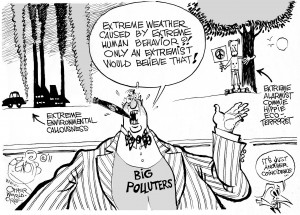 This year’s waves of floods and fires followed the unprecedented series of tornados that hammered towns in Missouri, Alabama, Kansas, Arkansas, Minnesota, and Massachusetts.

Talking about the weather isn’t small talk any more. Something is amiss.

But for some reason we’re loathe to take the next step and connect the dots of extreme floods, heat waves, droughts, and storms popping up across the map to reveal the bigger picture: climate change.

For years, scientists have told us that as the planet warms up, we can expect changes in whole patterns of weather and in trends like how much moisture the atmosphere will hold. Some places will get dryer, others wetter, and others hotter. In its 2010 State of the Climate report, the National Oceanic and Atmospheric Administration traced some 41 indicators showing that broad shifts and individual extreme events that have occurred over the past year are indeed consistent with scientists’ predictions of a warmer world.

Notably, for the first time two studies published in the journal Nature have demonstrated a cause-and-effect relationship between climate change and increased rain and snow events, and thus with increased flood risk.

The question before us now is not whether the natural disasters making headlines across the United States are somehow connected, but why we are so reluctant to connect them.

My theory is that it’s just too scary. If we admit that these extreme weather events have something to do with a global system, it feels too complicated to do anything about or prepare ourselves for. If we accept that climate change is something caused by the way we consume and produce everything from food to fuel, then we also have to admit that we need to fundamentally change the way our economy works.

But no matter how daunting the challenge of climate change, we have to get our heads out of the sand. If we don’t, the rising waters will drown us.

We need to demand investment in ideas and infrastructure that will reduce our emissions and create good jobs like rapid public transit, renewable energy systems, energy efficient buildings, and local food production.

We have to rein in the power of corporate interests like coal, oil, gas, and big agriculture that take government handouts with one hand and push us deeper into ecological chaos with the other. And we have to strengthen the social safety net that will catch and care for families when the inevitable natural disasters hit vulnerable communities.

Janet Redman is co-director of the Sustainable Energy & Economy Network at the Institute for Policy Studies. www.ips-dc.org