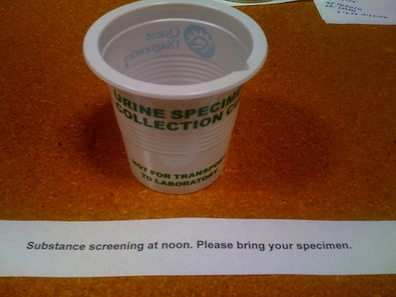 Punishing those who are down on their luck is considered smart politics in right-wing circles.
By Jim Hightower | December 3, 2013

Tenacity can be an admirable trait in a leader — except when it’s stupid.

Stupid tenacity has afflicted several right-wing governors and lawmakers who grabbed hold of a bad idea that, in practice, has proven to be even worse than expected.

The bad idea was to whup the poor and jobless by making them submit to drug tests to get the benefit payments that can help hard-hit folks recover.

Never mind that there was no evidence that such people are more likely than, say, a state lawmaker or member of Congress to be on drugs. But punishing those who are down on their luck is considered smart politics in right-wing circles.

What could go wrong, asked GOP officials as they rammed these vindictive insults into law? Three things, actually: First, as predicted, very few drug users are being found. Second, administering this government intrusion is very expensive for taxpayers. Third, courts have been ruling these sweeping government searches unconstitutional.

A bevy of judicial rulings has put some of these programs on hold or narrowed their scope. Yet, pandering at all costs to the tea-partying fringe that dominates Republican elections, state lawmakers won’t let go of this demonstrably bad idea of trying to humiliate people in need of a helping hand.

Now, conservatives want “suspicion-based” laws to require applicants to fill out state questionnaires, then force those who seem to be a little “suspicious” to submit urine samples to the state. Texas and Mississippi, for example, are targeting those whose occupation might warrant drug testing.

Based on their dogged adherence to this stupid idea, I suggest that the occupation of “lawmaker” ought to top the list of those required by the state to pee in a cup.

That might save the Republican Party from future embarrassments like Rep. Trey Radel’s recent cocaine bust in Washington. The Florida Republican has admitted he tried to buy the drug from an undercover cop in October. Even though he was sentenced to a year on probation, so far, he’s refused to step down.