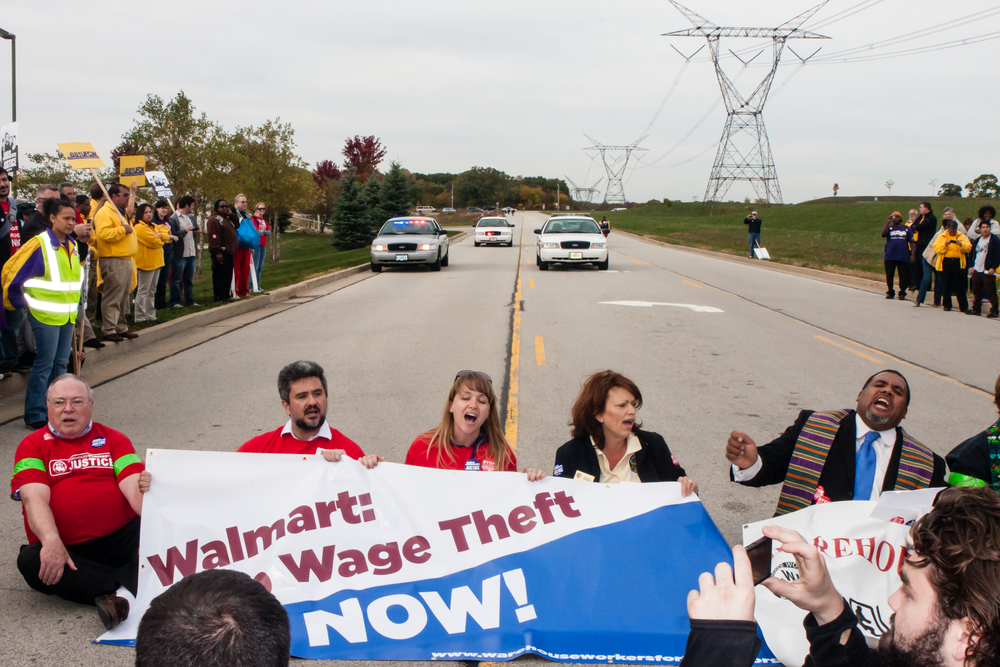 Corporate Wage Theft Is on the Rise

Executives have a powerful incentive to cheat their workers: to pad their own exorbitant paychecks.
By Sam Pizzigati | June 27, 2018

The health of our American economy ultimately rests on a single, simple word: trust.

Employers on the one side and employees on the other have to be able to trust each other to behave honorably. A fair day’s wage, as the classic formulation puts it, for a fair day’s work.

This mutual understanding gets broken on a regular basis, particularly when employees put in that fair day’s work and don’t get paid a full fair day’s pay. Labor market analysts have come to call these betrayals of trust “wage theft,” and this thievery is thriving.

Offenders include the predictable fly-by-night operators we would expect. But the culprits also include, as an alarming new report details, billion-dollar corporations that can clearly afford to honor their side of our core employer-employee bargain.

These companies are committing their thievery on many fronts. They’re not paying employees for work performed “off the clock.” They’re stiffing workers on overtime and violating minimum wage laws. They’re requiring employees to buy particular work clothes and not compensating them for their outlays.

How widespread has this corporate wage theft become? Grand Theft Paycheck, a landmark new study from Good Jobs First and the Jobs with Justice Education Fund, examines over 1,200 lawsuits against wage theft that groups of workers have won since 2000. Employers in these cases paid out a combined $8.8 billion in penalties.

And that total just hints at how widespread wage theft has become. Only eight states currently enforce wage theft regulations and provide data on that enforcement. Many wage theft settlements also remain confidential.

The obvious question these realities raise: What’s driving our massive wage thievery? The giant U.S. corporations involved in this theft — retailers like Walmart, telecoms like AT&T, banks like JPMorgan Chase, insurers like State Farm — can all easily afford, as Grand Theft Paycheck puts it, “to pay their workers properly.” So why don’t they?

But the biggest reason major corporations are cheating their workers remains more basic: The outrageously generous rewards that have become so commonplace in corporate America give the executives who run our top corporations an ongoing — and almost irresistible — incentive to behave outrageously.

All this outrageous behavior pays outrageously well. Among the dozen American companies most penalized for wage theft, four compensated their CEOs last year at over $20 million, and only two shelled out under $8 million.

Against these colossal millions, the threat of penalty fines for wage theft hasn’t had much of a deterrent effect. Would larger fines make a difference? Would more systematic regulatory oversight reduce levels of wage theft? Would a stronger union presence discourage corporate thievery? Undoubtedly yes.

But those who run our corporations aren’t going to abandon their thieving ways so long as that thievery can pay so well for them personally. Wage theft didn’t start soaring in the United States until the late 1970s, the same years that eye-popping CEO pay packages became a standard fixture on the corporate scene.

Corporate execs have had, for nearly five decades now, a powerful incentive to cheat their workers: their own exorbitant pay. Let’s end it.

Sam Pizzigati co-edits Inequality.org for the Institute for Policy Studies, where an earlier version of this piece appeared. His latest book, The Case for a Maximum Wage, has just been published. Distributed by OtherWords.org.